"We are all wrong so often that it amazes me that we can have any conviction at all over the direction of things to come. But we must." — Jim Cramer

Good Morning and Happy Friday! Snap is launching a $230 flying camera called Pixy! Personally, I think Tinkerbell is the right name for a little flying object that is going to fly around and annoy everyone other than you, but that's just me. Snap also said that Snapchat now has 600 million monthly active users, and 330 million daily active users. That's 100 million more DAUs than Twitter, which reported 229 million DAUs yesterday morning. (this was a huge surprise to me, who even uses Snapchat?) Speaking of Twitter, if the acquisition by Elon Musk is finalized, he will be America's most indebted CEO. Musk will have to sell a lot of Tesla stock and pledge millions more to raise the necessary cash for the deal. According to Audit Analytics, Musk has more than $90 billion of shares pledged for loans. 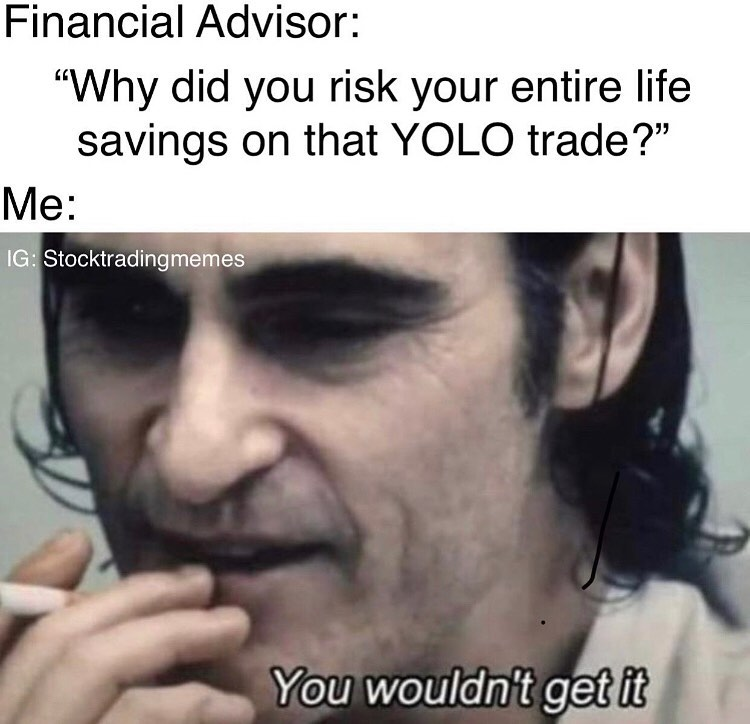 The pandemic's bull market may be over, and stocks are down, but remnants of the good ol' days live on in YOLO bets. FOMO played an equal part in the markets these past few years, leading to a lively mix of market participants.

YOLO traders believed that in a zero rate environment, the best way to get rich was by hitching your wagon to a rocket going to the moon, rather than by slow compounding interest. Onlookers with FOMO were afraid that all their friends were having fun without them, and joined in on the fun.

Now that rates are rising, and the bull market is over, FOMO has fallen by the wayside a bit. YOLO hardos are gripping the rocket nice and tight though, and showing some resiliency. It also helps that YOLO king, Elon Musk, is spending more time in the media than ever before. Following in Musk's footsteps, apparently YOLOers are not trading as they do to get rich. They're doing it to achieve impossible goals... but really they just want to get rich.

If you do the math, YOLO has hugely outperformed FOMO as a strategy over the course of the pandemic. Since January 2020 Tesla and GameStop have rewarded investors with a 955% and 2,010% gain, respectively. On the FOMO flipside, tech giants like PayPal and Netflix are down 23% and 42% respectively.

Short Squeez Takeaway: FOMO really seems to be at all time low at the moment. Buffett's boomer gang (value investors) and ETF evangelists are having a good ol' laugh with the recent apocalyptic collapse of tech stocks and altcoins. (thots & prayers for ARK)

In any case, this was painful to write. Two years ago I wouldn't have believed that I would be using YOLO and FOMO to describe investment strategies but here we are fam. Maybe it's like the Mandalorian says, "This is the way."

Equities and crypto bounced back after tech companies like Meta led the NASDAQ to some gainz.

On Monday, Twitter agreed to be acquired by Musk for $44 billion and speculation has grown that Trump will be allowed back onto the platform after he was permanently suspended following the January 6, 2021 Capitol riot.

The former president squashed all rumors when he told Fox News that he won’t be joining Twitter and will instead formally join his own TRUTH Social app over the next seven days.

"The bottom line is, no, I am not going back to Twitter," Trump said. 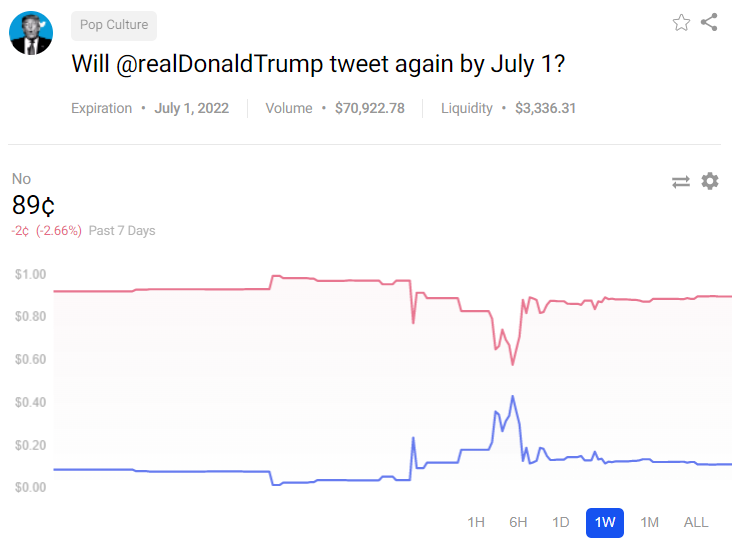 Polymarket traders are currently predicting a 11% probability that we will see a Trump tweet by July 1st. What do y’all think? Follow the odds now on Polymarket!

4. Book of the Day: The Expectation Effect: How Your Mindset Can Change Your World 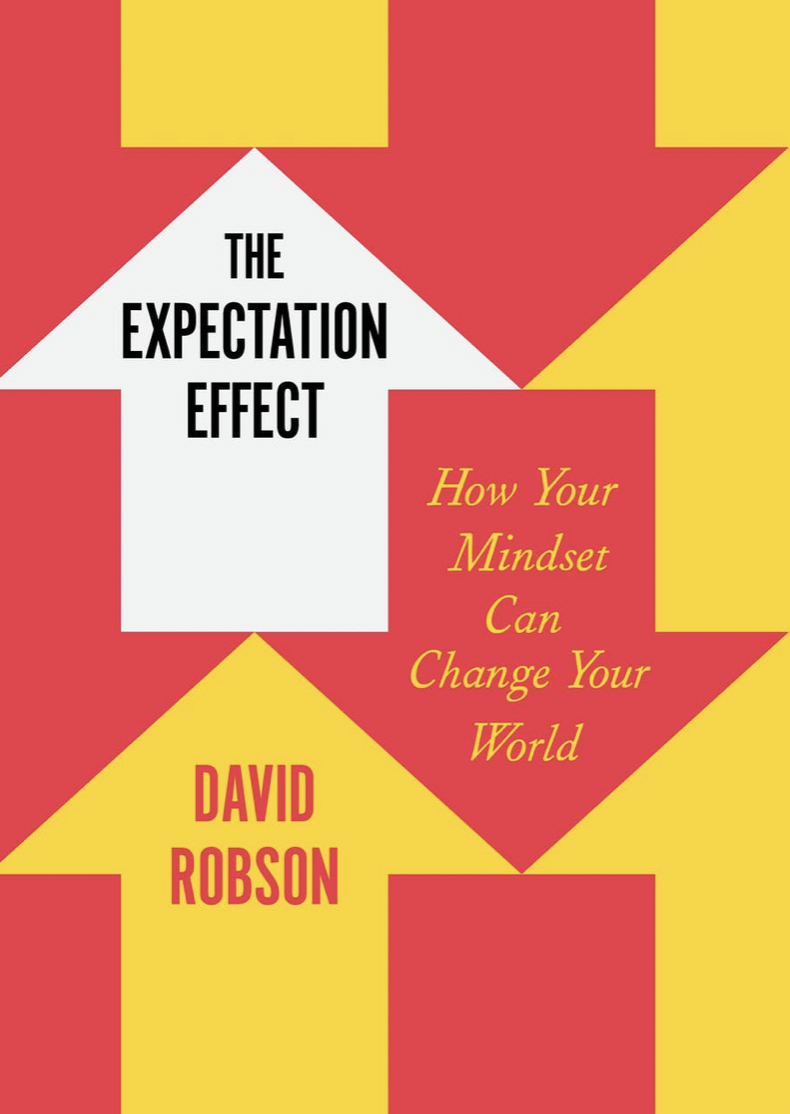 You’ve heard of the placebo effect and how sugar pills can accelerate healing. But did you know that sham heart surgeries often work just as well as placing real stents? Or that people who think they’re particularly prone to cardiovascular disease are four times as likely to die from cardiac arrest? Such is the power and deadly importance of the expectation effect―how what we think will happen changes what does happen.

Melding neuroscience with narrative, science journalist David Robson takes readers on a deep dive into the many life zones the expectation effect permeates. We see how people who believe stress is beneficial become more creative when placed under strain. We see how associating aging with wisdom can add seven plus years to your life. People say seeing is believing but, over and over, Robson proves that the converse is truer: believing is seeing.

The Expectation Effect is not woo-woo. You cannot think your way into a pile of money or out of a cancer diagnosis. But just because magical thinking is nonsense doesn’t mean rational magic doesn’t exist. Pointing to accepted psychology and objective physiology, Robson gives us the practical takeaways we need to improve our fitness, productivity, intelligence, and happiness. Any reader who wants to take their fate into their own hands need only pick up this book.

6. Daily Visual: How Much Home Can People Afford?

"John D. Rockefeller, American business magnate and philanthropist widely considered the wealthiest American of all time, was watching a solder machine using 40 drops of solder to glue a cap to its can when he realized that he can possibly reduce this amount from 40 to 38 and monitor the results.

When using 38 drops, a few of the cans leaked so he asked the machine operator to use 39 drops instead. This worked out great and the whole batch of cans came out perfectly fine. This one drop of solder saved $2,500 ($100k in today’s dollars) in the first year of production. The export business kept expanding exponentially and with it, the money saved from this one drop." 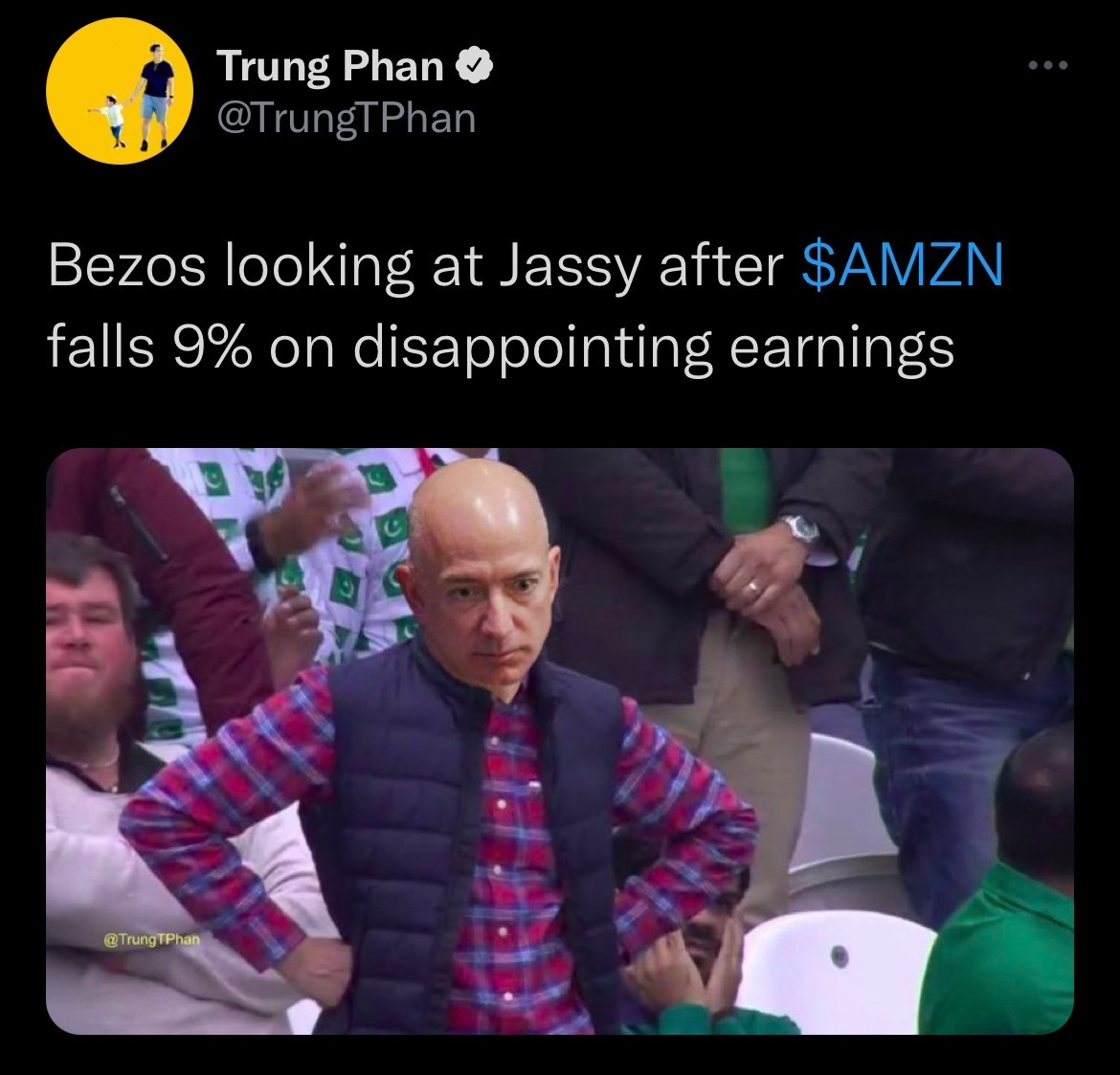 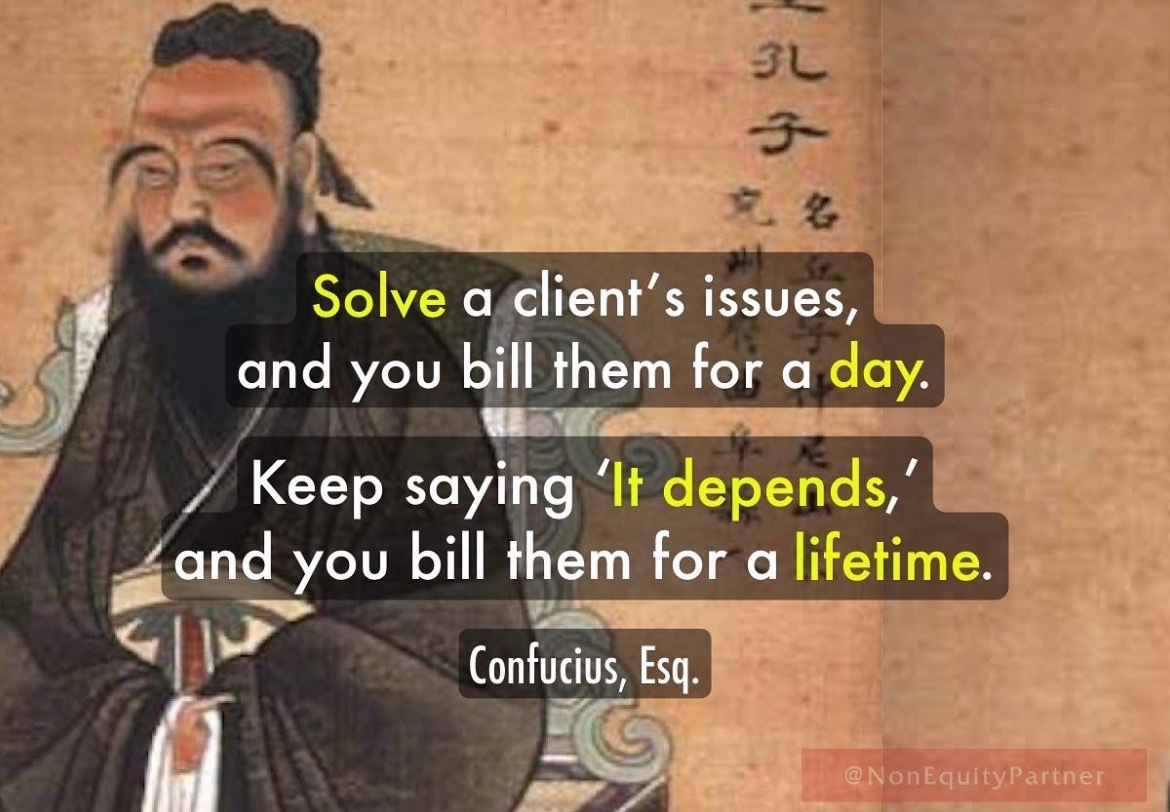