"Millions wish for financial freedom, but only those that make it a priority have millions." — Oscar Auliq-Ice

Good Morning and Happy Friday! Hope y'all have some lit plans for the long weekend. Macy's stock soared 19% as they expect Americans to continue to buy high-end goods. On the other end of the spectrum, Dollar Tree and Dollar General were up, because some Americans are also watching their budgets in this economy. Another budget-friendly option, The Dollar Menu at Mickey D's looks like it'll remain intact for a while, as Carl Icahn only received 1% of shareholder votes in his activist battle with the restaurant.

Everyone has probably had to stretch a budget for a trip before. Sometimes the FOMO causes you to say YOLO and leads to spending decisions that are (hopefully) worth it. This summer though, Gen Z and millennials are taking it to the next level, and planning trips that will dig into savings, or even send them into debt. Wrong type of trip there y'all.

For many, this is the first summer in a few years where they feel comfortable enough to travel, or simply aren't facing the same restrictions as in the past. A survey from Verasight found that younger generations are so dead set on traveling this summer, they're OK with spending more, and even go rack up some credit card debt.

In the survey, 69% of millennials and 65% of Gen Z said they plan to travel this summer. With prices for airfare and renting cars up, it means that these plans will be pricier than before. Even without the trips, 27% of Gen Z and millennials have reported higher credit card spending than in 2021, compared to 16% of Gen X and 11% of baby boomers.

A record 537 million credit card accounts opened in Q1 of 2022. That's an increase of 31 million over the last year. Banks are loving it, and are benefitting from the resumption of travel and reopening of restaurants. With unemployment for Americans between 25 and 54 at its lowest level since 2019, hopefully everyone is set to pay down those bills.

Short Squeez Takeaway: It sounds like getting unsuspecting citizens to open up a credit card is easier now than ever. Long gone are the days where they try to wrangle you to their folding table on a college campus, offering a free shirt in exchange for signing up for some plastic. Let's just hope these folks know what they're getting into, as wage increases have notoriously not caught up with inflation. This YOLO summer could lead to folks begging for a BOGO fall.

Stocks were up today as retailers reported positive purchasing sentiment. Crypto was down and the decoupling crypto investors were looking for isn't panning out as they hoped.

A Message from Polymarket: Natural Gas Takes Off

The average US gas price continues to reach record highs, with every state averaging at least $4.00 a gallon, and experts say it will continue to climb.

As of writing, the average price for a gallon of gas is $4.60, according to AAA, a 19 cent jump from last week and 43 cent increase from when the national record was broken in March.

Prices could go down if the Biden Administration and other world leaders respond with local supply: produce oil on their own and meet market demand. 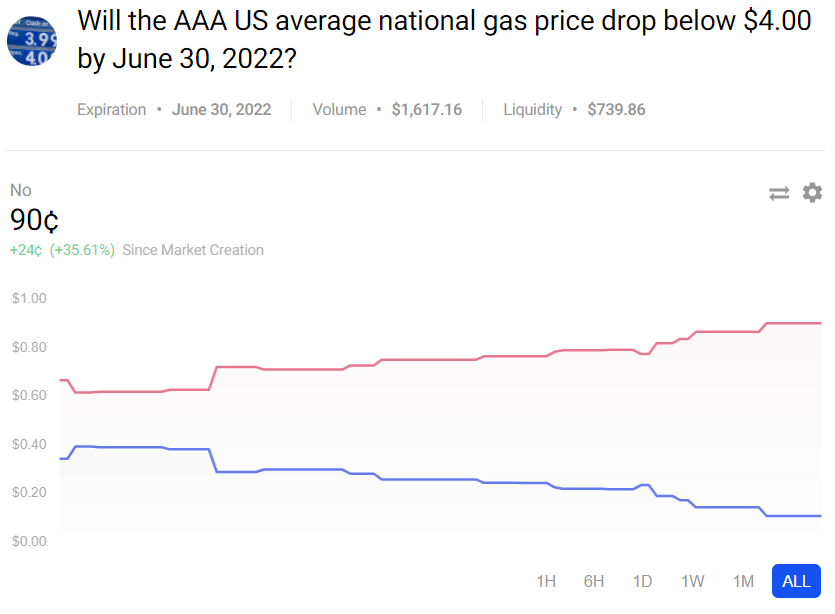 Polymarket traders are currently predicting only a 10% probability that the average price of natural gas will be below $4 by the end of June. What do y’all think? Follow the odds now on Polymarket!

4. Book of the Day: Collective Illusions: Conformity, Complicity, and the Science of Why We Make Bad Decisions 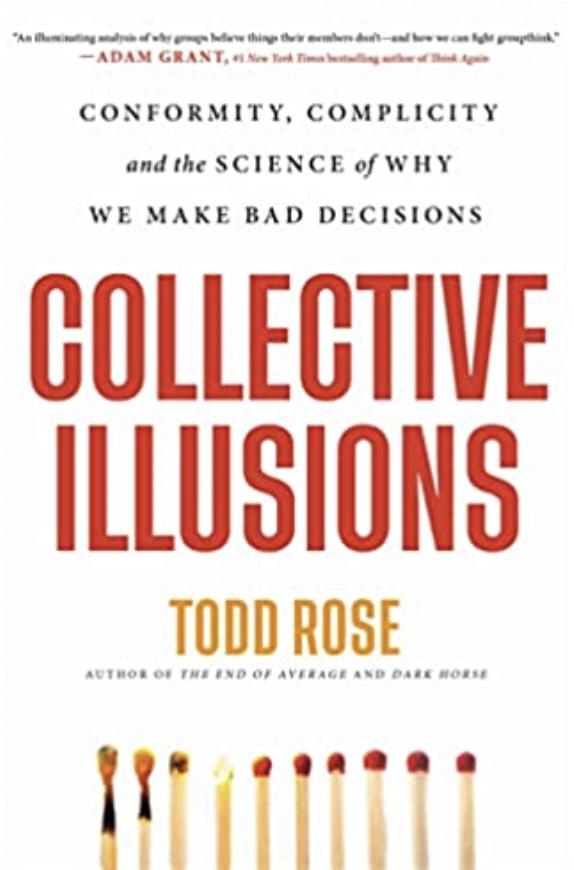 The desire to fit in is one of the most powerful, least understood forces in a society.

Todd Rose believes that as human beings, we continually act against our own best interests out of our brains’ misunderstanding of what we think others believe.  A complicated set of illusions driven by conformity bias distorts how we see the world around us. From toilet paper shortages to kidneys that get thrown away rather than used for desperately needed organ transplants, from racial segregation to the perceived “electability” of women for political office, from bottled water to “cancel culture,” we routinely copy others, lie about what we believe, cling to tribes, and silence others.

We are so profoundly social that when we are incongruent with the group that we do lasting damage to our self-worth, diminish our well-being and never realize our full potential. It’s why we all too often chase the familiar trappings of money, fame, and success that leave us feeling empty even when we do achieve them. It’s why we’ll blindly espouse a viewpoint we don’t necessarily believe in so that we blend in with the group. We trap ourselves in prisons of our own making that prevent us from living the happy, fulfilled lives we envision.

The question is, Why do we keep believing the lies and hurting ourselves?

Todd Rose reveals the answer is deeply hard-wired in our DNA, with brains that are more socially dependent than we realize or dare to accept. Most of us would rather be fully in sync with the social norms of our respective groups than true to who we are.

Using originally researched data, Collective Illusions shows us where we get things wrong and just as important, how we can be authentic in forming our opinions while valuing truth. Rose offers a counterintuitive, empowering, and hopeful explanation for how we can bridge the inference gap, make decisions with a newfound clarity, and achieve fulfillment. Only then can we transform ourselves, and ultimately, society.

“We frequently fall in line behind people who we assume know more than we do.”

Percentage change from 2015-2022 in positive perception of different industries 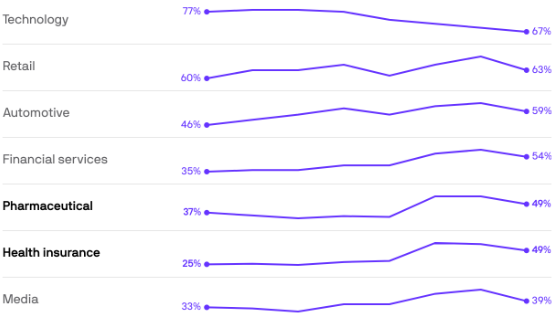 Or it’s using you.

You can watch the clock, but if you do, it’s watching you.

Clocks have an agenda. They aren’t a part of the human condition–they’re fairly recent. They enabled industrialism, and the very fact that they have an ‘alarm’ built in is a clue.

It’s definitely possible to put time to good use.

But if we’re without a compass and a goal, we can find it using us.” 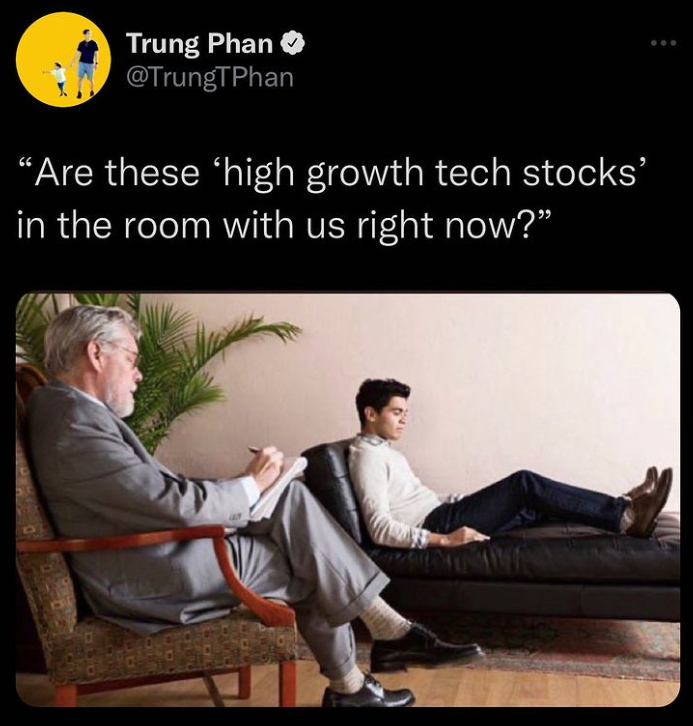 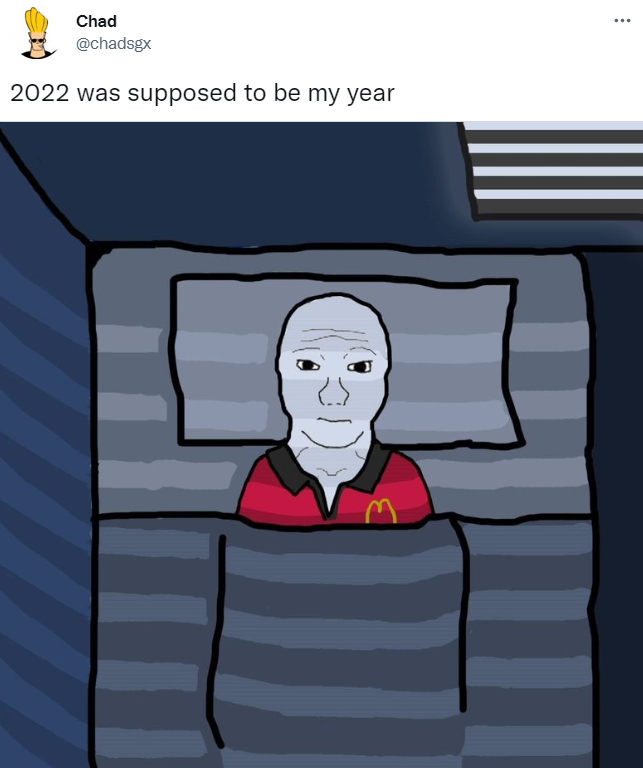 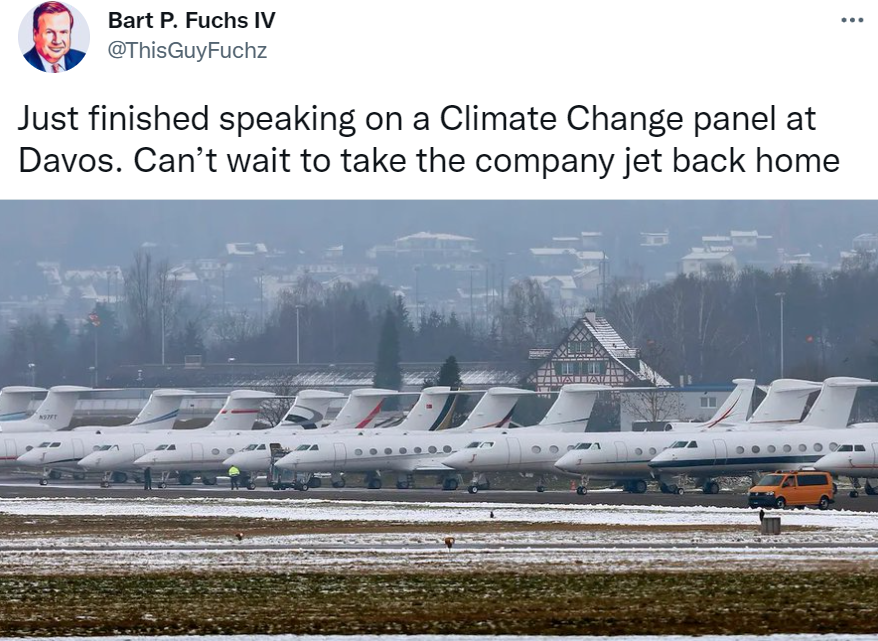