"If you are looking for a hedge for potential inflation for the future and have a longer term view, then gold is still a good bet." — John Paulson

Good Morning! Elon Musk went full goblin mode and offered to take Twitter private for $43 billion. "Twitter has extraordinary potential. I will unlock it," he wrote in his letter to the board. (the memes did not disappoint, see below) Mortgage rates hit 5%, which is the highest in over a decade according to data from Freddie Mac. Banks have had a rough start to the year – all major banks reported double-digit drops in Q1 profit. Investment banking fees were down 43% at Citigroup, 37% at Morgan Stanley and 36% at Goldman. After Tuesday's mass shooting, and a broader surge in violent crime this year, NYC is considering placing weapon-detection technology in its subway system.

Plagued by high labor costs and low margins, the $100B commercial landscaping market needs an overhaul, and today's sponsor Graze is doing just that. Learn more and join this growing investor pool before the door swings shut tonight at midnight PST. 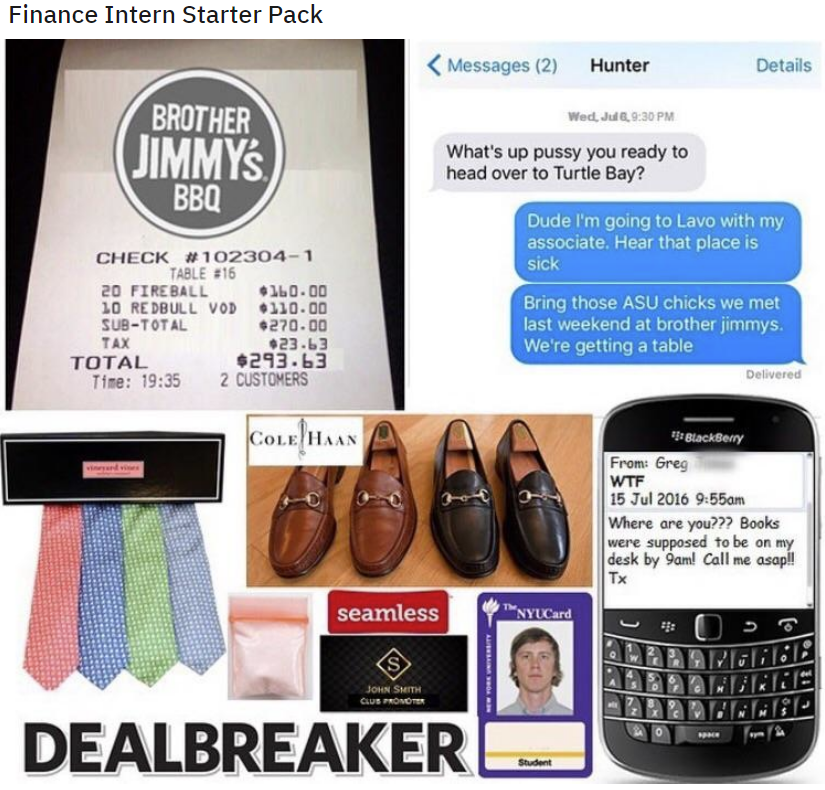 Wall Street's full time employees aren't the only ones getting pay raises. As the war for talent continues, interns are also getting higher compensation from big banks.

Compared to last year, top investment banks raised intern pay by 37.2%. This tactic should help firms that are battling discontent among junior employees. As y'all know, it's not uncommon to work 100-hour weeks, and the advent of remote work has brought to light opportunities for people looking to make good money under easier conditions, in other industries.

Tech companies and their casual ways are picking from the pipeline that typically fed banking analyst programs the world's best and brightest. Patrick Curtis, founder of Wall Street Oasis, said this is the highest growth in compensation he's seen for junior bankers since 2006. The jump in pay extends beyond banks as well, with interns at Jane Street making $16,356 a month, or $200,000 annualized. (see chart below)

If you can get a coveted internship at a hedge fund like Citadel, the median monthly pay is ~$14k. Don't get your hopes up, as only 0.8% of applicants get through. Curtis affirmed that it seems the trend is the more technical the role, the higher the pay. Not exactly rocket science there but majoring in rocket science might actually give you a better shot at one of the more technical (read: higher-paying) internships at an investment bank.

Short Squeez Takeaway: Wall Street seems to still be edging out tech companies like Roblox, whose interns make $9,667 a month. This also highlights the fact that banks are aware of the rough working conditions for junior employees, and are making a genuine effort to improve their situations. JPMorgan's new headquarters will offer yoga, cycling rooms, meditation spaces, outdoor areas, and a food hall. So, if you have to be at work all the time, at least you're getting paid more and can do yoga at noon. (just like UBS predicted a year ago lmao)

Average monthly pay for interns in finance from 2021 to 2022 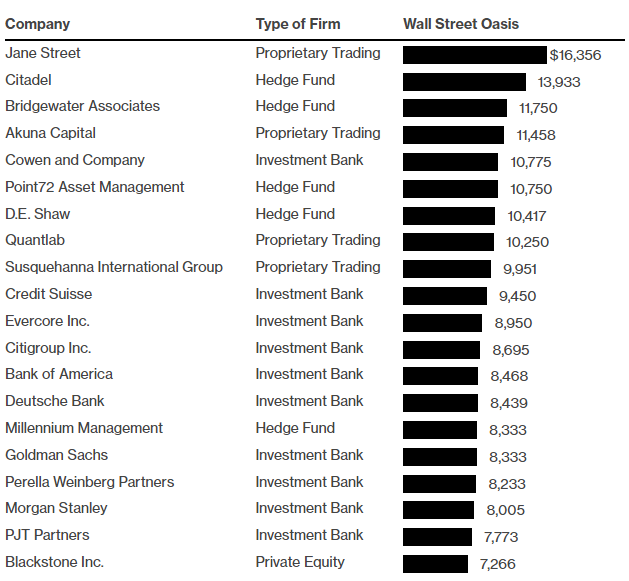 Markets were down for the week, as tomorrow is a holiday. Rising rates and investor sentiment was a major headwind, but hopefully stocks and crypto can resurrect like Jesus this Easter Weekend.

Graze helps commercial landscapers save 50% on labor and 75% on fuel with their 100% electric, autonomous lawn mower.

That’s why it’s no surprise they’ve already brought in $32 million in commercial contracts and raised more than $14 million from 6,400 investors.

4. Book of the Day: Superforecasting: The Art and Science of Prediction 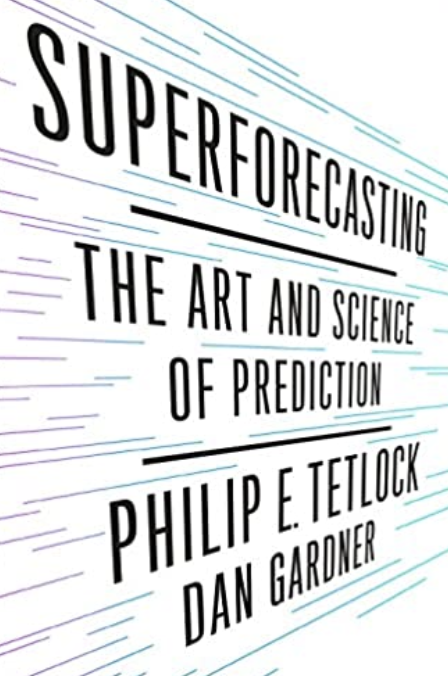 Everyone would benefit from seeing further into the future, whether buying stocks, crafting policy, launching a new product, or simply planning the week’s meals. Unfortunately, people tend to be terrible forecasters. As Wharton professor Philip Tetlock showed in a landmark 2005 study, even experts’ predictions are only slightly better than chance. However, an important and underreported conclusion of that study was that some experts do have real foresight, and Tetlock has spent the past decade trying to figure out why. What makes some people so good? And can this talent be taught?

In Superforecasting, Tetlock and coauthor Dan Gardner offer a masterwork on prediction, drawing on decades of research and the results of a massive, government-funded forecasting tournament. The Good Judgment Project involves tens of thousands of ordinary people—including a Brooklyn filmmaker, a retired pipe installer, and a former ballroom dancer—who set out to forecast global events. Some of the volunteers have turned out to be astonishingly good. They’ve beaten other benchmarks, competitors, and prediction markets. They’ve even beaten the collective judgment of intelligence analysts with access to classified information. They are "superforecasters."

In this groundbreaking and accessible book, Tetlock and Gardner show us how we can learn from this elite group. Weaving together stories of forecasting successes (the raid on Osama bin Laden’s compound) and failures (the Bay of Pigs) and interviews with a range of high-level decision makers, from David Petraeus to Robert Rubin, they show that good forecasting doesn’t require powerful computers or arcane methods. It involves gathering evidence from a variety of sources, thinking probabilistically, working in teams, keeping score, and being willing to admit error and change course.

Superforecasting offers the first demonstrably effective way to improve our ability to predict the future—whether in business, finance, politics, international affairs, or daily life—and is destined to become a modern classic.

“If you don’t add the mathematics of elementary probability into your repertoire, then you go through a long life, like a one-legged man in an ass-kicking contest.” 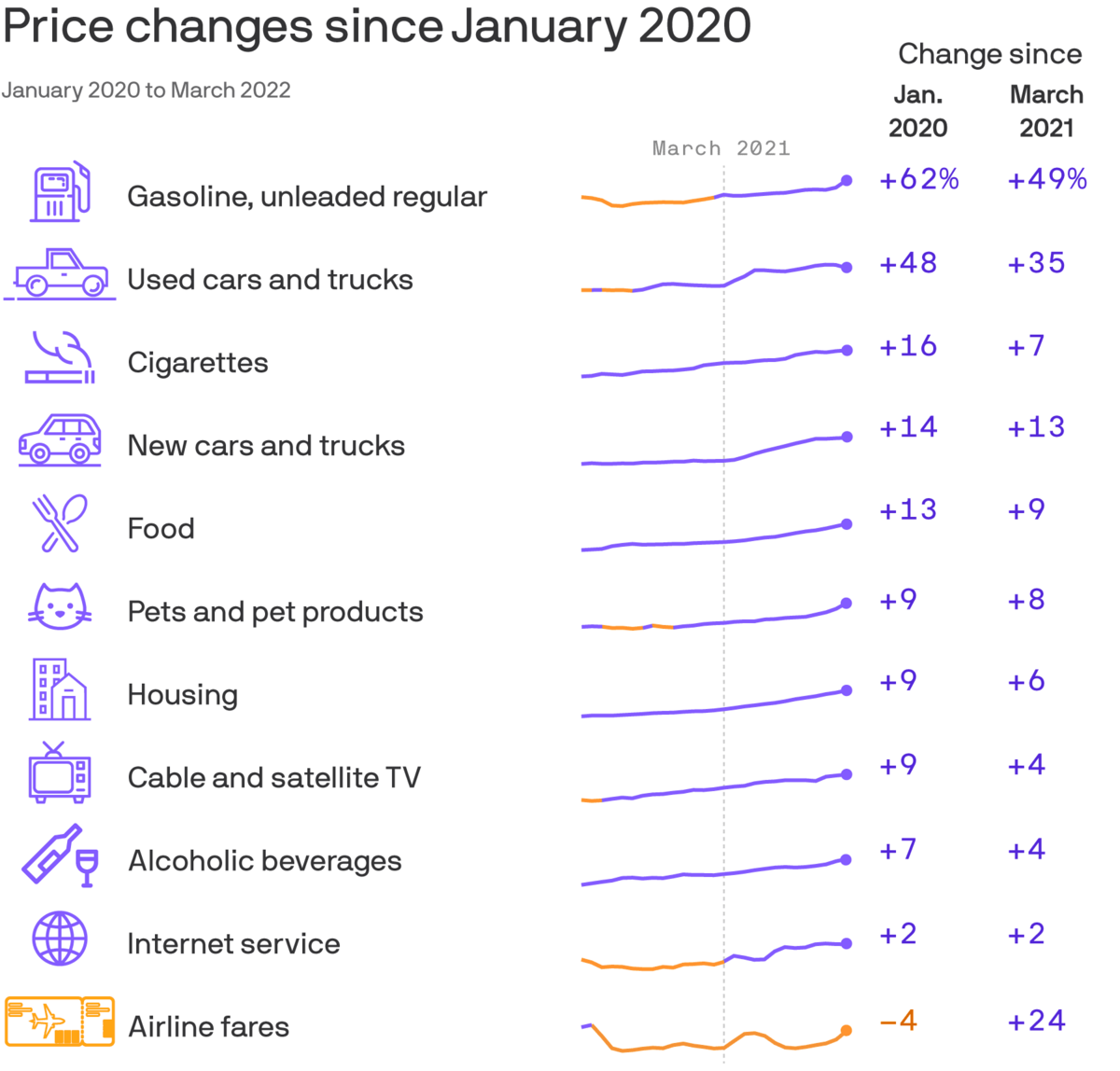 “Money can’t buy happiness, but the absence of money can cause unhappiness. Money buys freedom: intellectual freedom, freedom to choose who you vote for, to choose what you want to do professionally.

But having what I call “f*ck you” money requires a huge amount of discipline. The minute you go a penny over, then you lose your freedom again. If money is the cause of your worry, then you have to restructure your life.” 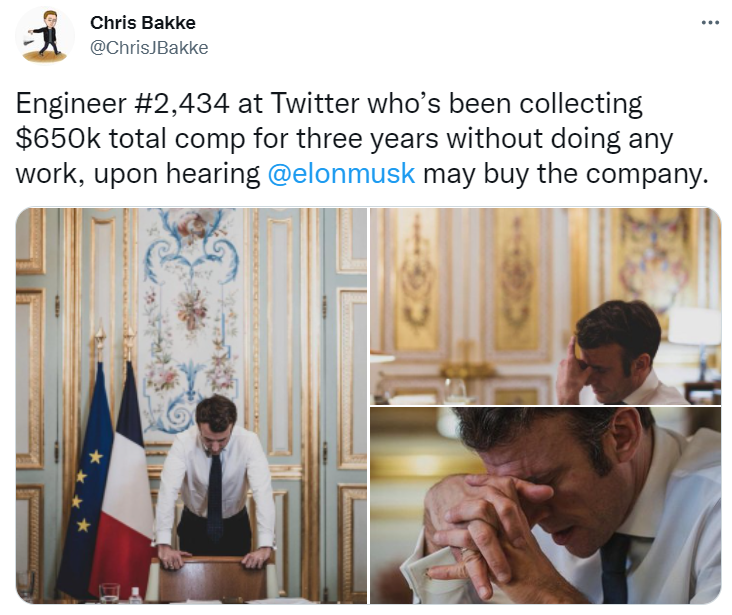 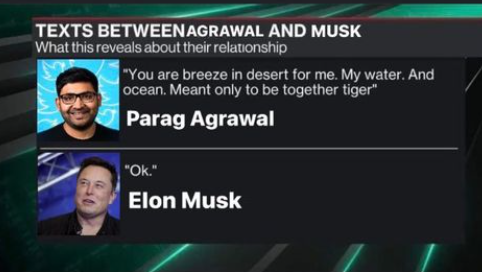 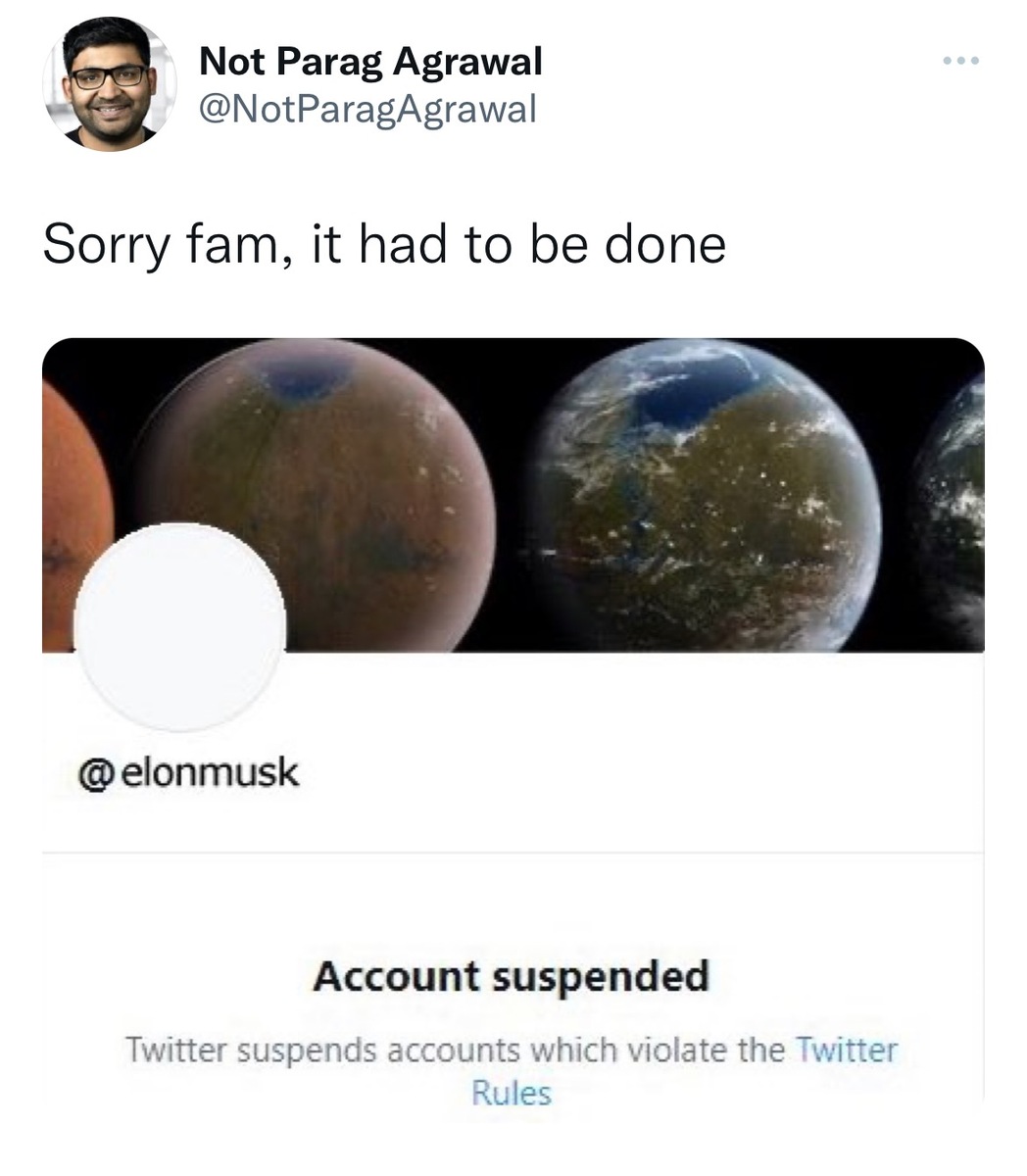 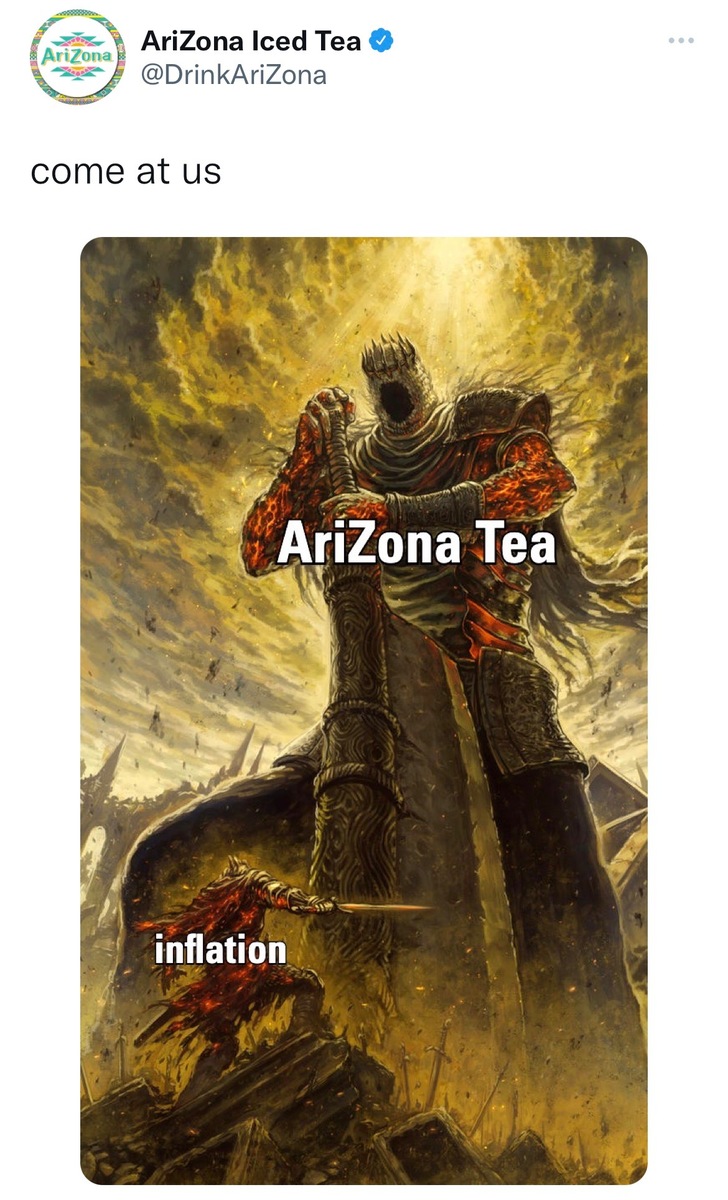