"If you want these crazy ideas and these crazy stages, this crazy music, and this crazy way of thinking, there’s a chance it might come from a crazy person." — Kanye West

Good Morning! AngelList, a venture fundraising platform (not to be confused with Angie's List – the best place to find a plumber) is now valued at $4.1B after Tiger Global led a fundraising round. Ukrainian restaurants in NYC and London are raising money for the crisis in Ukraine. You can go to Veselka in the East Village and 100% of borscht sales will be donated to Ukrainian relief efforts. President Biden's crypto executive order shows Wall Street that the volatile asset class, which grew by roughly 200% last year, is here to stay. Amazon announced a 20-for-1 stock split, and a $10B share buyback (stock was up 7% after-hours). Commodity prices took a breather from their path straight up, leading to stocks posting some of their best days since 2020. Stock futures shrugged it off though, as geopolitical concerns remain.

Russia-Ukraine Update: Russia's internet blockade has created a surge in VPN usage, as people try to get to social media sites to stay informed. The policing of news has also extended to journalists, and The New York Times has pulled reporters out of Russia in response to The Kremlin's "fake news" law. An email sent to Tesla employees said that the company will pay Ukrainian workers for up to 3 months if they're asked to return to their country and fight. 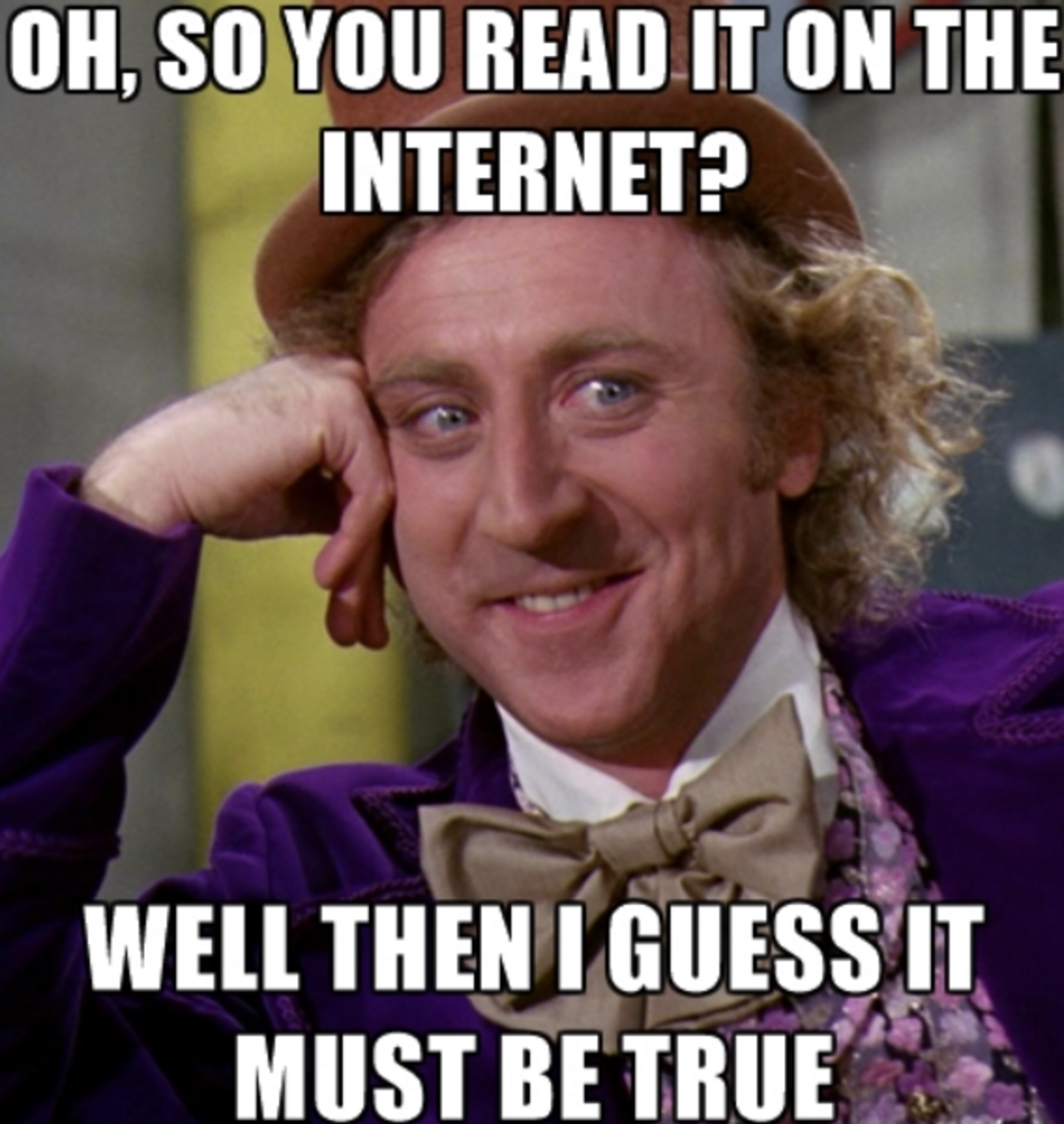 Social media is one of the biggest arenas that people go to to learn about what's trending in the world. Whether it's the newest cringey dance, a hot date spot, or more recently, updates on geopolitical conflicts.

TikTok users have been posting videos of war memes and state propaganda that molds the opinions of viewers all over the world. Considering how new the app is, its moderators have never had to deal with reviewing this sort of content before, and are figuring it out as they go. (Aren't we all tho?)

This approach is the best they have at the moment, but has definitely resulted in some issues like consistency in how to treat the material. A TikTok spokeswoman said, "We continue to respond to the war in Ukraine with increased safety and security resources to detect emerging threats and remove harmful misinformation."

A lot of this "misinformation" has good intentions with uploaders linking ways to donate or accepting tips to monetize (and hopefully help) the grim situation. Unfortunately, it turns out that many of the videos that come out in support of the Ukrainian cause are old news, like a video of Russian planes flying in military formation (which was actually from a parade in 2020) or another video of soldiers parachuting into the war zone (which was from 7 years ago).

Removing these videos after learning they're misconstruing the situation only does so much – the parachuting video had 20 million views before being taken down. TikTok has begun running war-related videos through databases to determine if the content is new and relevant, or simply being reposted to make a point.

Short Squeez Takeaway: Whether or not TikTok's strategy to curate what's posted is the best way to go about things is uncertain. One thing is clear though: the company's stance against Russia's actions. TikTok decided to suspend new videos and live streaming in Russia, in response to Russia's "fake news" law, and also in consideration of the safety of TikTok employees over there. It's important to note because the parent company, ByteDance, is based out of Beijing and the Chinese government has not joined the western world in imposing sanctions on Russia. TikTok said they notified the bosses in Beijing about restrictions to Russian accounts, and apparently Beijing didn't argue with them. Looks like TikTok's pulling an "unless I hear otherwise," and moving forward with their support of Ukraine.

Equities found some life as oil and other commodities saw a pullback. Crypto likely up thanks to Biden's executive order solidifying the stance that the asset class is the real deal.

A Message from Polymarket: Gas to Keep Mooning?

Russia's invasion of Ukraine has driven gas prices to the moon. The average price for a gallon of gas in the US hit $4.25, according to AAA's survey Wednesday.

Gas prices were already expected to breach the $4 a gallon mark for the first time since 2008, with or without shots fired or economic sanctions imposed in Eastern Europe.

The high gas prices could last through Labor Day, and continue to go north before they go south. Will there be a pullback before March 25th or will gas prices keep mooning? 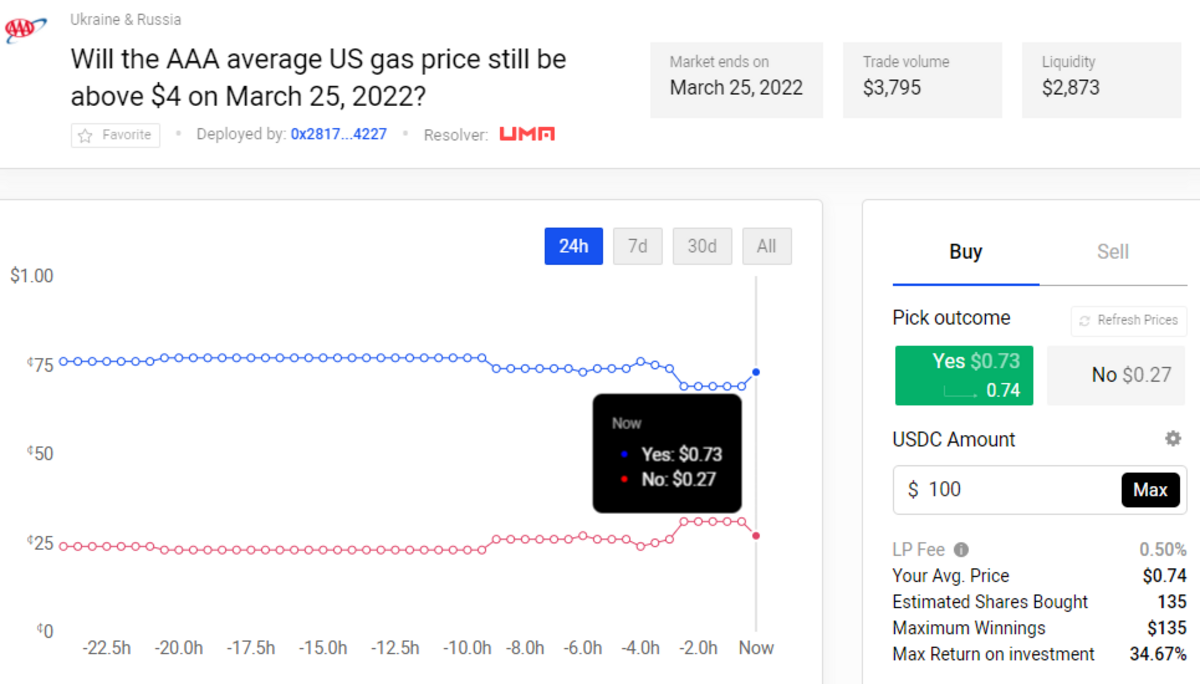 Polymarket traders are currently pricing a 73% probability that the AAA average US gas price will still be above $4 on March 25. What do y’all think? Follow the odds now on Polymarket!

4. Book of the Day: Relentless: From Good to Great to Unstoppable

For more than two decades, legendary trainer Tim Grover has taken the greats—Michael Jordan, Kobe Bryant, Dwyane Wade, and hundreds of relentless competitors in sports, business, and every walk of life—and made them greater. Now, for the first time ever, he reveals what it takes to achieve total mental and physical dominance, showing you how to be relentless and achieve whatever you desire.

Direct, blunt, and brutally honest, Grover breaks down what it takes to be unstoppable: you keep going when everyone else is giving up, you thrive under pressure, you never let your emotions make you weak. Relentless shows you how to trust your instincts and get in the Zone; how to control and adapt to any situation; how to find your opponent’s weakness and attack.

Grover gives you the same advice he gives his world-class clients—“don’t think”—and shows you that anything is possible. Packed with previously untold stories and unparalleled insight into the psyches of the most successful and accomplished athletes of our time, Relentless shows you how even the best get better . . . and how you can too.

6. Daily Visual: Back to Work Shopping

"You have to fail more to succeed more.

Our greatest moments of growth often stem directly from our greatest failures.

Getting punched in the face builds a strong jaw." 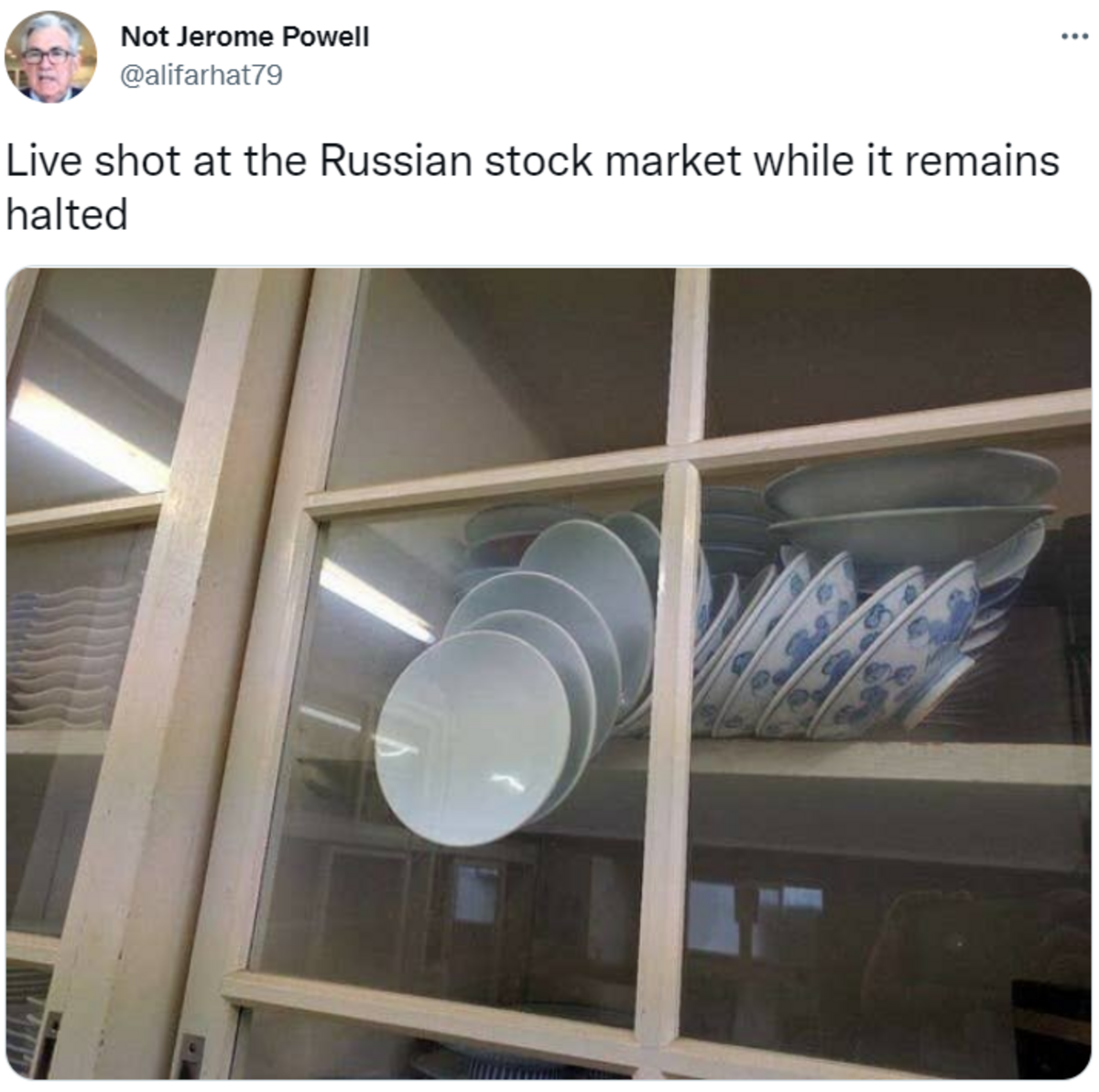 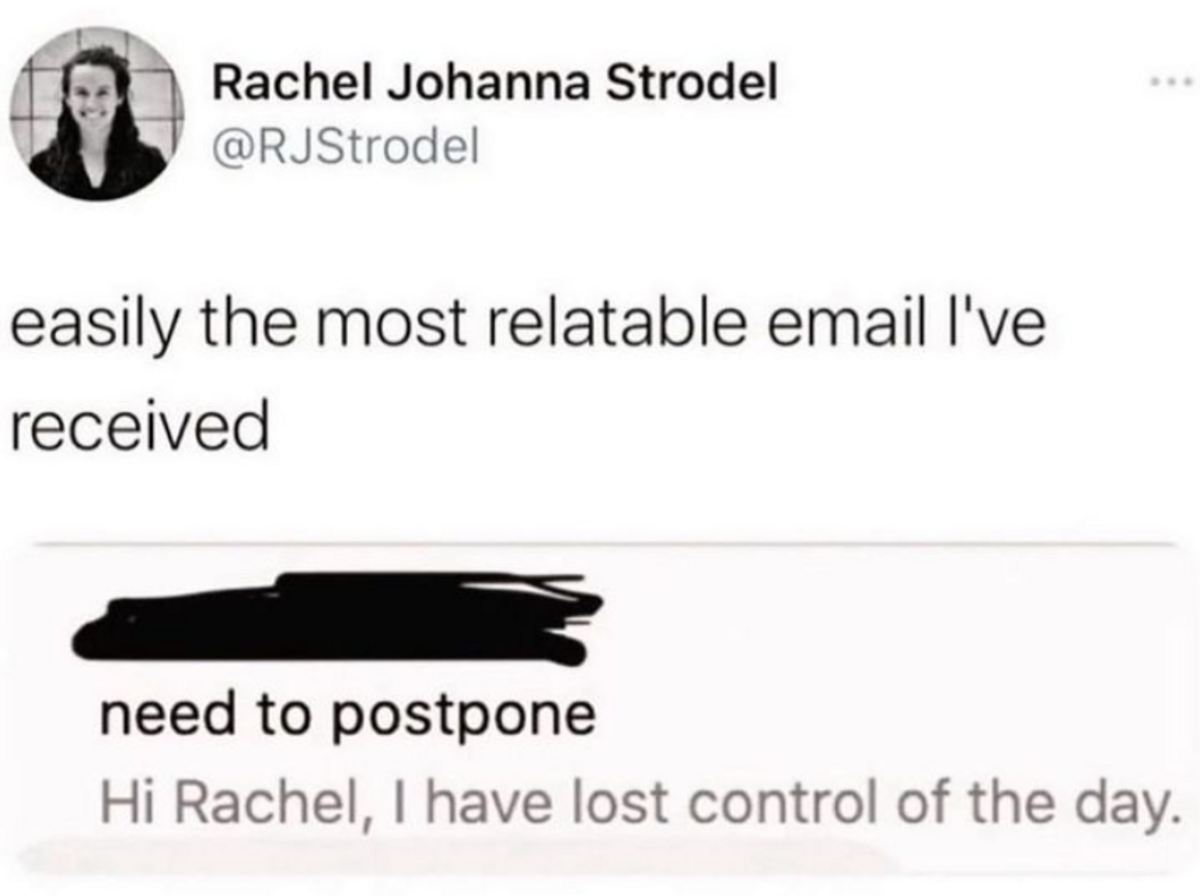 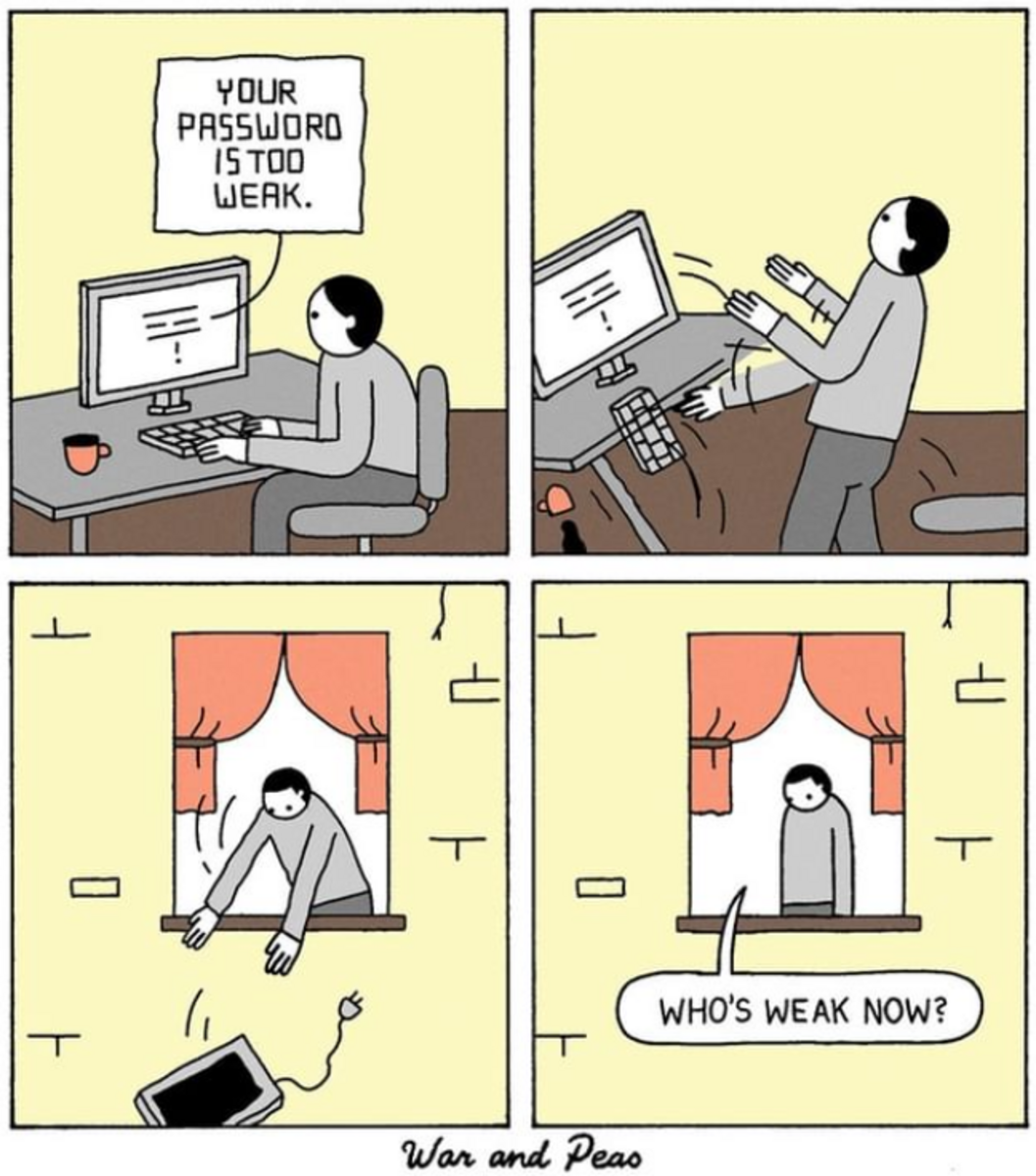