"The best arguments in the world won’t change a single person’s mind. The only thing that can do that is a good story." — Richard Powers

Good Morning & Happy Friday! Inflation might as well be the best performing asset class of 2022, after it came in at 7.9% for February, a new 40-year record. Gold is flirting with record highs, as investors rush towards the traditional inflation hedge. While inflation and gold are up, deal activity on Wall Street is down after years of nonstop action. Investment banking analysts might just be able to take a week off this year without getting hit with a "pls fix." Elon Musk is making good on his vow to "own no house," and since 2020 has sold 7 homes for $130 million. He's also single-handedly keeping the global birth rate up with his eighth child. Grimes and Musk welcomed a baby via surrogate, a girl named Y. This is their second child, following their son X Æ A-12.

Russia-Ukraine Update: JPMorgan is following in Goldman's footsteps and exiting operations in Russia. Chelsea FC owner Roman Abramovich has been added to a list of 7 Russian Oligarchs that will be sanctioned and have their assets frozen by the UK government. (thots & prayers for Chelsea fans)

If you are looking for exposure to the $73B quick-service restaurant industry, check out today's sponsor, Miso Robotics, which is building the next-generation of kitchens with its robotic and AI solutions.

1. Story of the Day: Side Hustle Economy 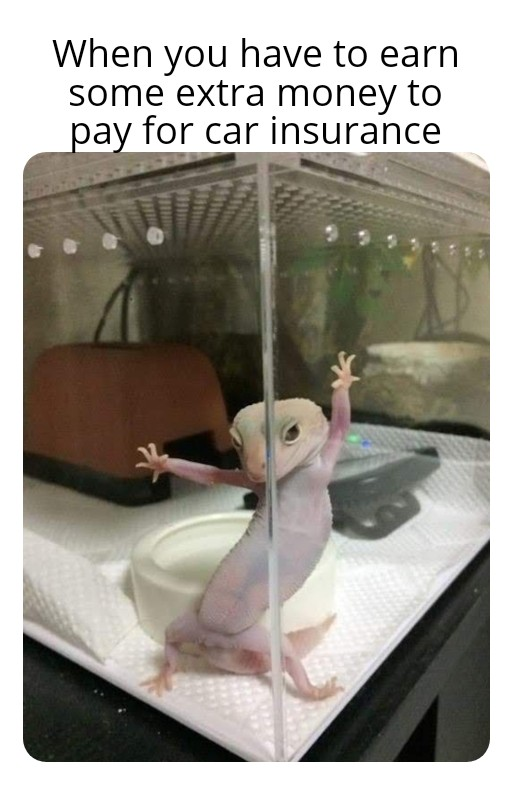 "What can you do?" This simple question changed Teresa Greenway's life. The mother of 10 had bounced between low wage jobs for years, and then received a scholarship to take Sherold Barr's online business course, "Smart Women Make Money." That's where she was asked the fateful question, to which she answered, "well, I can make sourdough." That simple realization led to her posting multiple online courses, and making $323,000 off the popular online course site, Udemy.

It wasn't success at first loaf though. Greenway started by trying to monetize her YouTube channel. She also created a blog sharing what she learned, and wrote and self published a four-volume 400 page book series called "Discovering Sourdough." The Udemy course came later when Greenway realized, she was using the site to learn herself, and should share the knowledge she's gathered over the years. The first month of the course she only made $1,000 but that evolved into her having her own membership based site that charges monthly/annual subscriptions.

Amber Briggle similarly capitalized on the online course avenue. The massage therapist was devastated by the pandemic, which closed down businesses all over, but was particularly difficult for a business based on massaging clients. "We have nothing to sell besides physical touch," Briggle said.

Even as an award winning masseuse, she thought she was done for, and that all her life's work had been wiped out in an instant. Then a local business advisor gave her a pro-bono consultation, and suggested she check out Patreon, the digital-subscription platform that allows entrepreneurs to teach people about what they know. Briggle took the advice and now nets roughly $2,000 a month off the website.

These two hard working internet-entrepreneurs were among millions of Americans making money off digital platforms. Patreon said they added more than 100,000 new users between mid-March and July. OnlyFans said they were getting daily six-figure sign-ups, and knick-knack website Etsy said they more than doubled their past two years' user growth numbers with 115,000 people signing up in the first three months of the year.

Short Squeez Takeaway: The pandemic put many out of work and forced them to get creative. It's not easy though. Erick Landa, a chef who started streaming on Twitch, says he'd need hundreds of subscribers to just break even, considering the cost of ingredients and equipment. All in all, it might be well worth the grind, since you're your own boss, choosing your hours and what you work on. A new survey by Cinch Home Services has found almost 1 in 5 people would start an OnlyFans account in order to make enough money to live in New York City. What's stopping y'all?

Equities finished slightly lower today, giving back some of the rally from yesterday. Bitcoin couldn't hold on to the boost from Biden's executive order, and Ethereum was slightly up with technical traders waiting for a breakout in either direction.

A Message from Miso Robotics 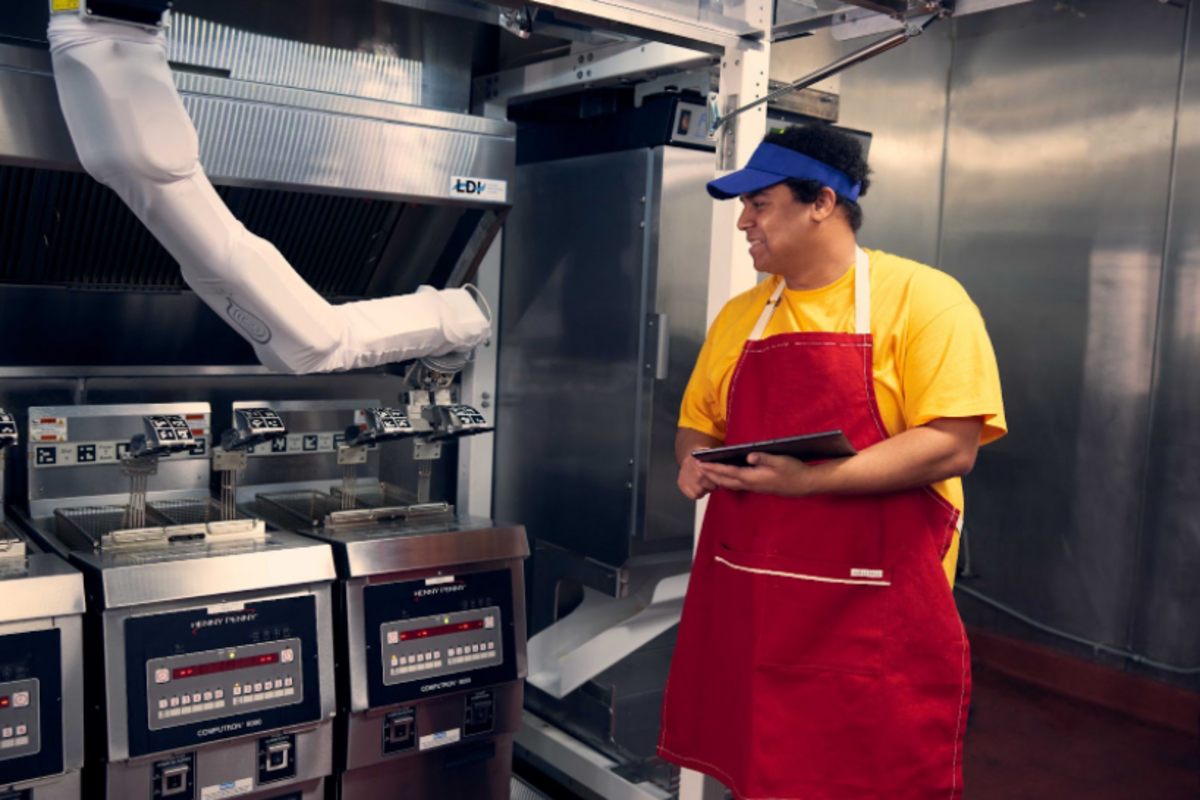 What makes Miso unique? Their burger-flipping, french-frying robot, Flippy, has already been operating for 5 years across the country and has traction at 10 of the top 25 QSRs. In fact, White Castle is rolling out Flippy 2 to 100 new locations.

Now, you can get in on the growth and invest in Miso as they prepare for their next wave of expansion.

4. Book of the Day: The Art of Thinking Clearly 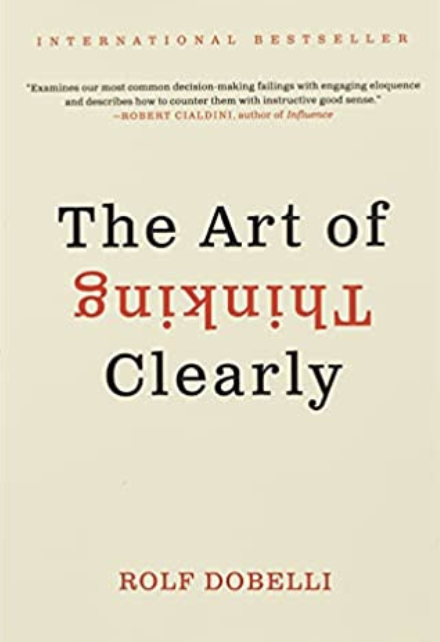 The Art of Thinking Clearly by world-class thinker and entrepreneur Rolf Dobelli is an eye-opening look at human psychology and reasoning — essential reading for anyone who wants to avoid “cognitive errors” and make better choices in all aspects of their lives.

Have you ever: Invested time in something that, with hindsight, just wasn’t worth it? Or continued doing something you knew was bad for you? These are examples of cognitive biases, simple errors we all make in our day-to-day thinking. But by knowing what they are and how to spot them, we can avoid them and make better decisions.

Simple, clear, and always surprising, this indispensable book will change the way you think and transform your decision-making—work, at home, every day. It reveals, in 99 short chapters, the most common errors of judgment, and how to avoid them.

“If 50 million people say something foolish, it is still foolish.” 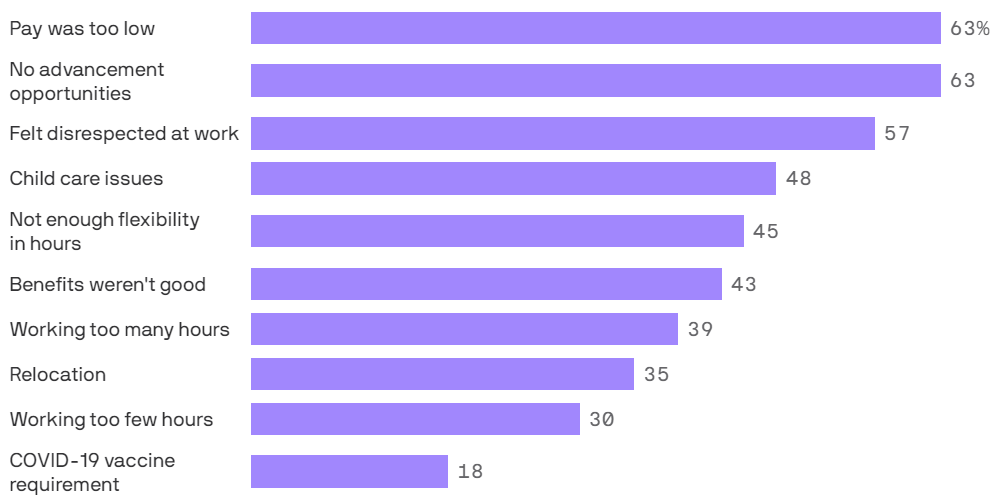 "Growth takes a much longer time coming than you think, and then it happens much faster than you ever would have thought.

When you realize this, you start to do things differently." 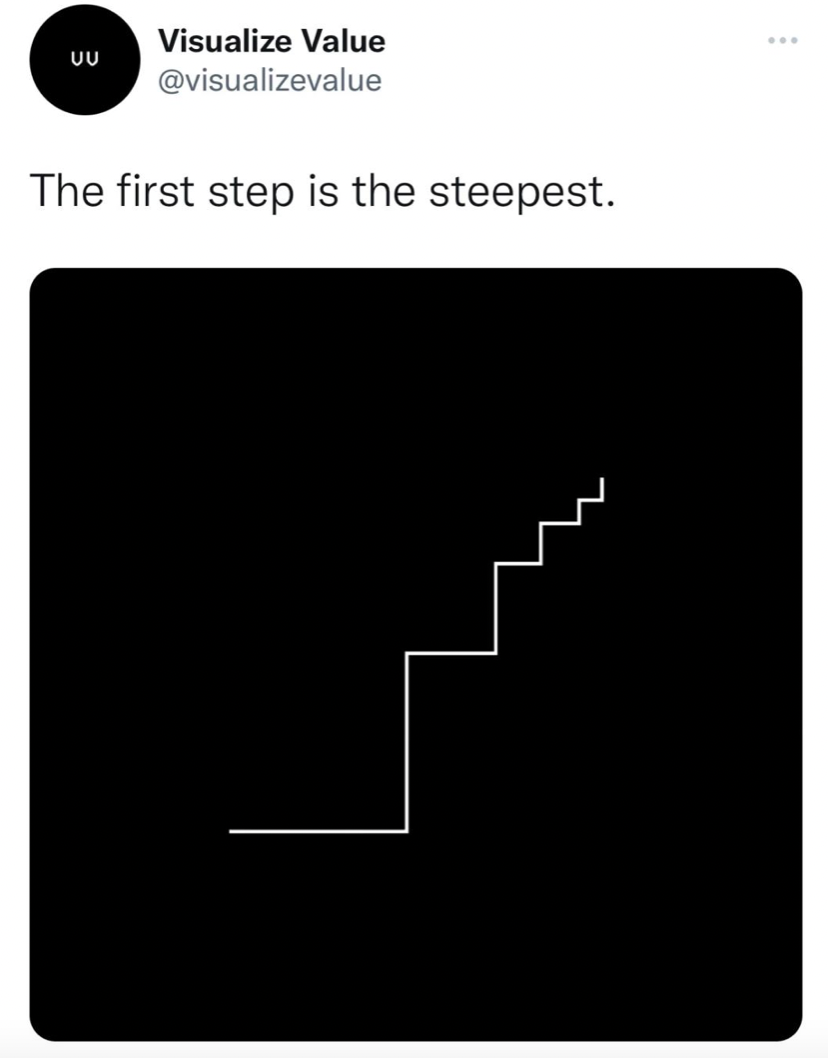 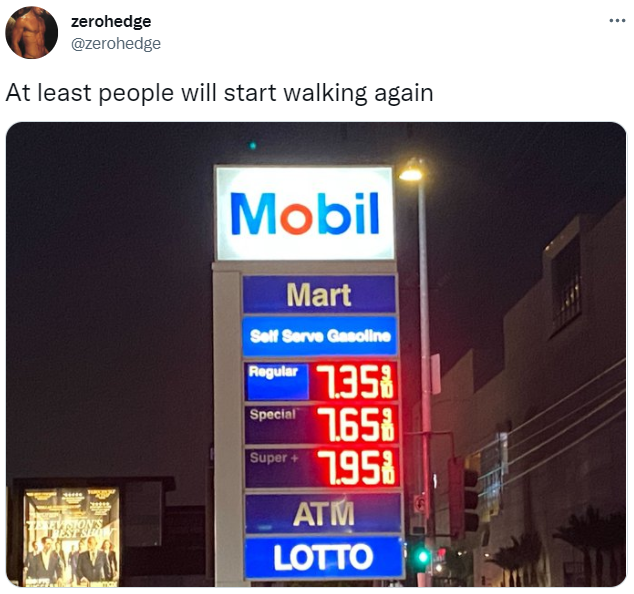 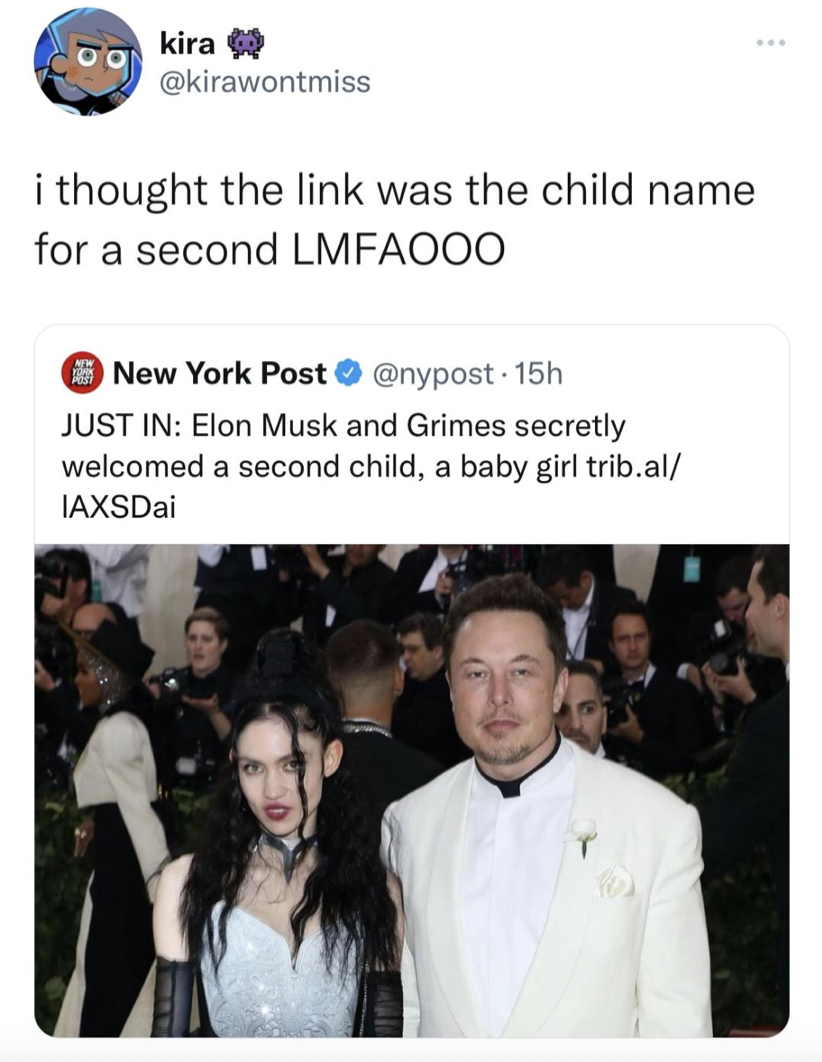 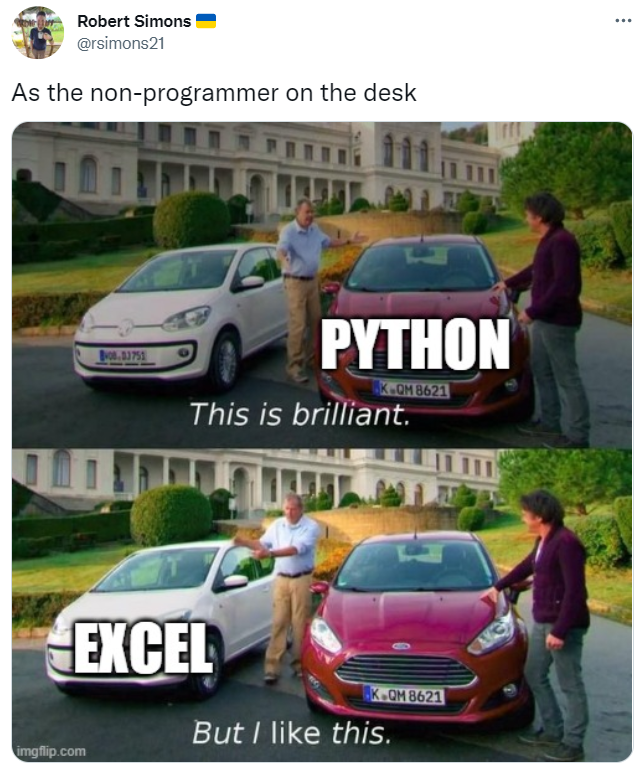 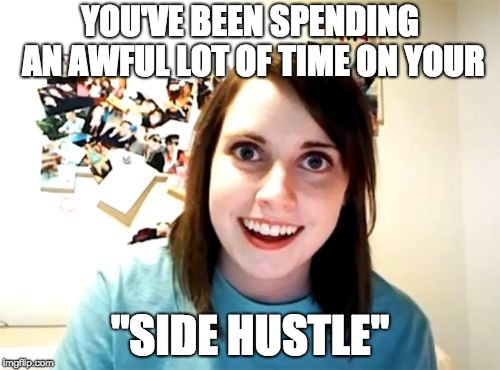