"I am most thankful for myself." – Donald Trump (Thanksgiving 2018)

Happy Black Friday! While some grocery stores remained opened on Thursday, Trader Joe's was not one of them but for 30+ years Traders Joe's remained open on Thanksgiving day. Apparently it had nothing to do with food and everything to do with wine. According to Trader Joe's founder, Joe Coulombe: Christmas was a “lousy wine day,” and Thanksgiving was a “much bigger wine day than Christmas (which is, appallingly, a very good hard liquor day).”

The stock market was closed yesterday but will be open from 9:30am – 1pm ET today.

If you are sick of your working on your tiny laptop screen while on the road, check out today's sponsor, ViewSonic's portable monitors.

1. Story of the Day: The Shoplifting Generation 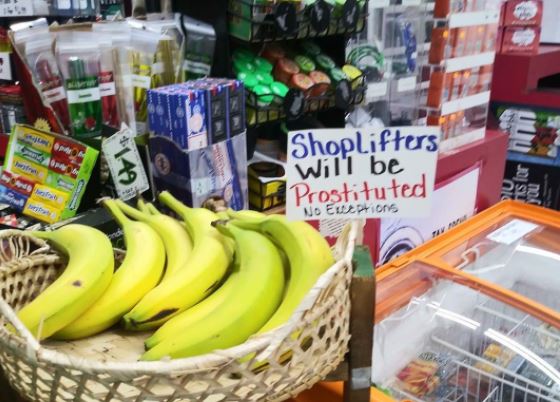 Why pay for something when you can just have it for free? Companies across America are struggling to tackle an increasing number of shoplifting cases in their stores.

The shoplifting looks chaotic but its actually well planned. The flash mobs are organized by local people who recruit crews and send them out to steal specific merchandise. Those who steal are paid $500-$1,000 by the organizer, who then ships it to other parts of the country.

On Tuesday, Best Buy joined Kroger in saying that "organized crime" is hurting its profits and reported lackluster Q3 earnings with supply chain problems also hurting the company. Best Buy stock fell 12% on the news, the worst decline since March 2020.

Short Squeez Takeaway: Online retailers such as eBay and Amazon have contributed to the rise in organized crime and shoplifting, who allow perpetrators to move goods around the country without much oversight. A number of companies are deploying technology to disable stolen goods — from iPhones to Black & Decker drills. But something tells us a lot more needs to be done to tackle the growing problem. Maybe hire an advisor from the Louvre?

A Message From ViewSonic: Portable Monitors for Productivity on the Go 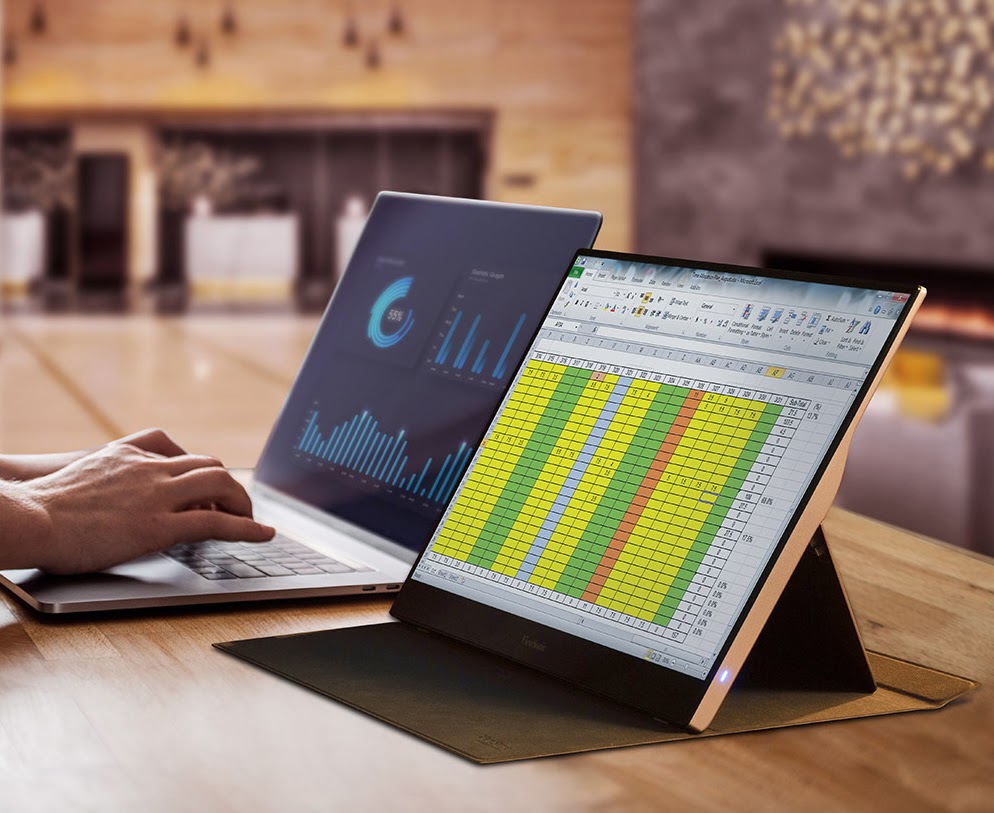 Gone are the days of working from the office all the time. Working from home or on the road is where it's at. The worst part about working on the road? That tiny tiny laptop screen… It doesn’t have to be that way though. ViewSonic is changing the game with their portable monitors.

The monitors look beautiful and are lightweight af. With a weight of less than 2 lbs. and a thickness of just .6 in., these ultra-slim portable monitors can be effortlessly stowed into backpacks, purses, and even laptop cases.

Simply plug in a single USB Type-C cable that transfers power, audio, and video, and watch your productivity take off with a second screen.

I myself use one of these and highly recommend.

Use code OWS for 15% off ViewSonic portable monitors in the US & Canada. 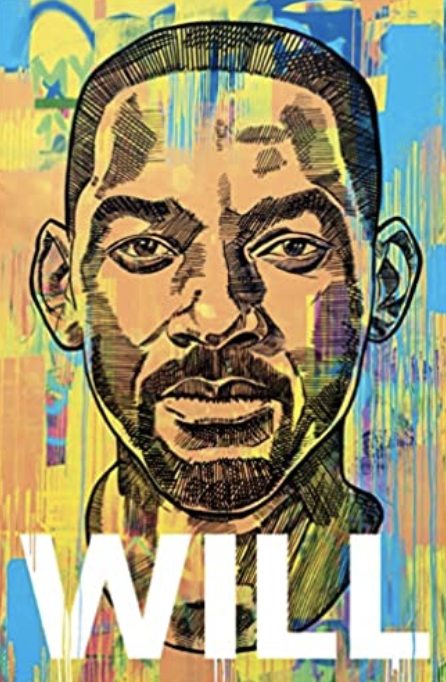 Will Smith thought that he had won at life: not only was his own success unparalleled, his whole family was at the pinnacle of the entertainment world. Only they didn't see it that way: they felt more like star performers in his circus, a seven-days-a-week job they hadn't signed up for. It turned out Will Smith's education wasn't nearly over.

Few of us will know the pressure of performing on the world's biggest stages for the highest of stakes, but we can all understand that the fuel that works for one stage of our journey might have to be changed if we want to make it all the way home. The combination of genuine wisdom of universal value and a life story that is preposterously entertaining, even astonishing, puts Will the book, like its author, in a category by itself.

“Don't chase people. Be yourself, do your own thing and work hard. The right people - the ones who really belong in your life - will come to you. And stay.”

Welcome to the Overheard on Wall Street Career Portal that will feature the best jobs in finance & crypto.

We currently have 70+ roles curated for you. From investment banking internships to private equity roles to strategy/development jobs in crypto. No more spammy jobs on LinkedIn and annoying emails from headhunters.

If you are looking to hire a candidate and want to post a job, just click on "Start hiring" on the top right corner of the Career Portal.

6. Daily Visual: Companies that Own the Most Newspapers 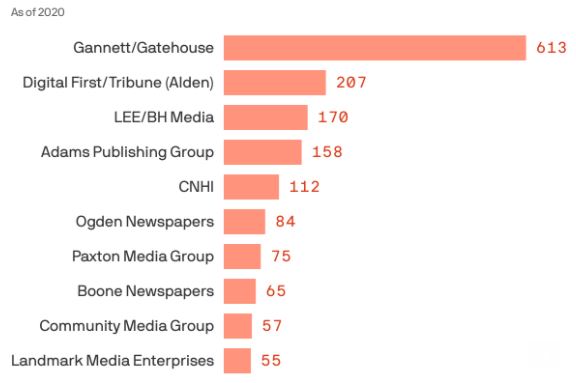 Richard Cantillon, a French banker very much recognized in the 18th century, noticed a phenomenon where even though the government would print a bunch of money, only the rich would be able to access it instead of normal people and small businesses.

His basic theory was that who benefits when the state prints a bunch of money is based on the institutional setup of that state. In the 18th century, this meant that the closer you were to the king and the wealthy, the more you benefitted, and the further away you were, the more you were harmed.

Money, in other words, is not neutral. This general observation, that money printing has distributional consequences that operate through the price system, is known as the Cantillon Effect. 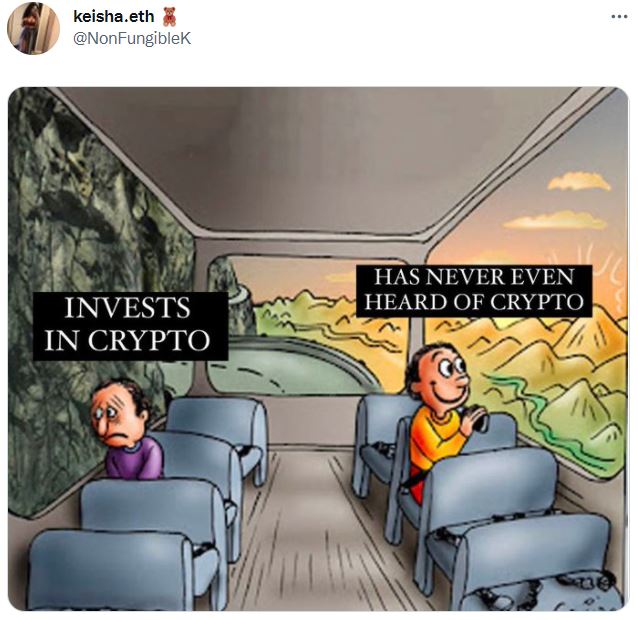 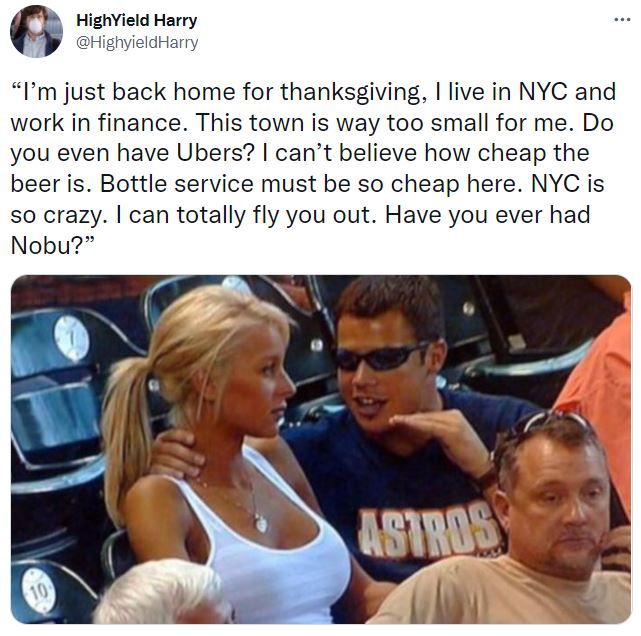 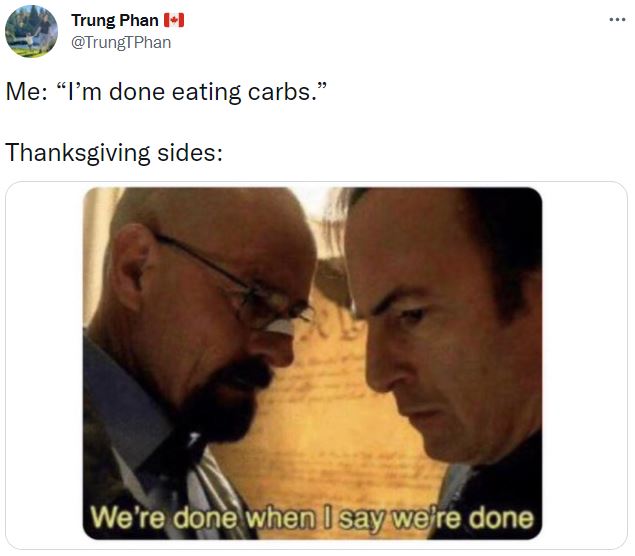