"In economics, the majority is always wrong." — John Kenneth Galbraith

Good Morning! Hope y'all are enjoying a day off. Tom Cruise is definitely having a good weekend, as his movie "Top Gun: Maverick" had an opening of an estimated $124 million in ticket sales, giving the actor his first $100 million opening in his career. Congrats Tom! There's a lot of flying in Top Gun, but less going on at Delta. The airline decided to cut 100 daily summer flights, heading into what is supposed to be a busy travel season. Walmart, Gap, and other retailers will be busy trying to offload inventories soon as they've amassed a whopping $45 billion in extra stuff to sell. Get ready to take advantage of some sales!

If you are looking for exposure to the $300B fast-food industry, check out today's sponsor, Miso Robotics, which is building the next generation of kitchens with its robotic and AI solutions. 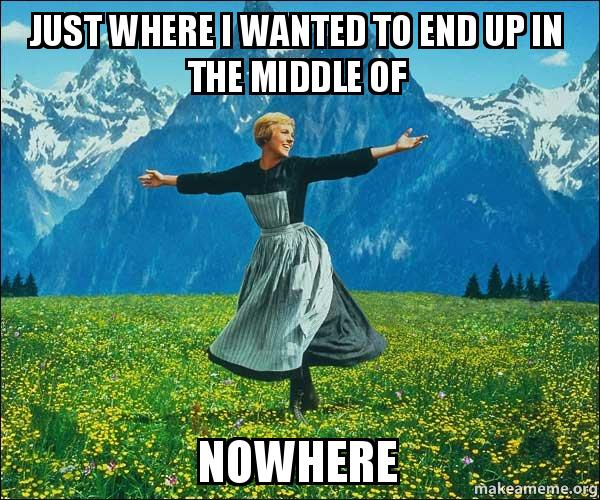 Small and mid-sized city residents are thriving in the remote working world. The cities themselves are now able to compete with big cities where people needed to be in pre-pandemic to get work done.

In January 2020, less than 3% of job postings on LinkedIn were for remote work. Nowadays, the Wilmington, North Carolinas and Sarasota, Floridas of the world have seen that percentage rise to over 50%.

White-collar workers in these places are able to apply to jobs across the country now, while staying in their quaint towns. Not only are they getting more competitive salaries, but they get to keep their low cost of living too.

Emily Steele, a managing director at Planet Propaganda (based in Madison, Wisconsin) said, "When you take the standard of living into account, the salary that we're giving is comparable to New York. But it's different if someone is living here and gets to pay Madison costs of goods, costs of services -  but then has a New York salary."

On the other hand, local companies that used to count on these local high skilled workers to keep their business running are battling for the talent. Daniel Zhao, senior economist at Glassdoor, said, "There's more competition for workers in local markets and in ways that local employers have not had to deal with before. This absolutely puts upward pressure on wages for these local markets."

Not only is offering work from home optionality necessary for companies trying to recruit the best talent that wants to sit in their PJs while working, but some cities are finding it to be a way for workers to avoid crime.

New York City has recently seen a surge in crime, and workers are worried about the deterioration in public safety. That's one reason the city may not be "back" to its vibrancy of before.

Short Squeez Takeaway: It's good to see that smaller towns are able to benefit from workers working for major industry players. Gone are the days you needed to go to a real city to find a job, as you can do most white-collar jobs from just about anywhere.

A Message from Miso Robotics: Final Month To Invest In A Kitchen Automation Revolution

High labor turnover inflicts restaurants with razor-thin margins of around 5%. That’s why brands like Jack in the Box are testing autonomous kitchen assistants from Miso Robotics.

Jack in the Box has 2,200 US locations total. It’s no surprise that Miso is already working with 10 of the top 25 restaurant brands including White Castle, who is deploying 100 of their bots to locations across the country.

Time’s running out to get shares in this $300 billion restaurant sector.

4. Book of the Day: The Last Tycoons: The Secret History of Lazard Frères & Co. 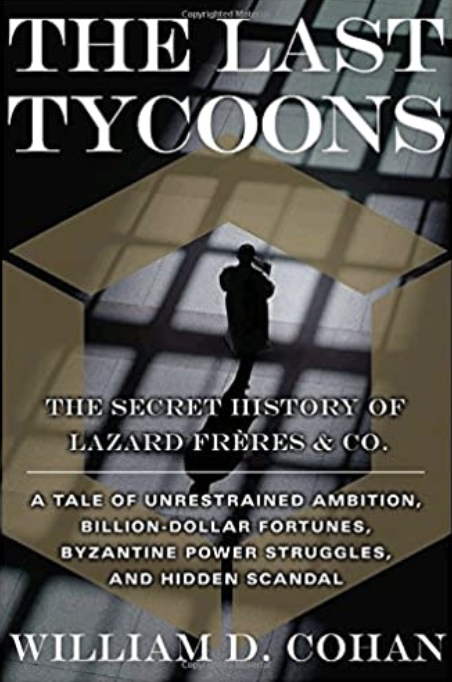 Wall Street investment banks move trillions of dollars a year, make billions in fees, pay their executives in the tens of millions of dollars. But even among the most powerful firms, Lazard Frères & Co. stood apart.

Discretion, secrecy, and subtle strategy were its weapons of choice. For more than a century, the mystique and reputation of the "Great Men" who worked there allowed the firm to garner unimaginable profits, social cachet, and outsized influence in the halls of power.

But in the mid-1980s, their titanic egos started getting in the way, and the Great Men of Lazard jeopardized all they had built.

William D. Cohan, himself a former high-level Wall Street banker, takes the reader into the mysterious and secretive world of Lazard and presents a compelling portrait of Wall Street through the tumultuous history of this exalted and fascinating company.

Cohan deconstructs the explosive feuds between Felix Rohatyn and Steve Rattner, superstar investment bankers and pillars of New York society, and between the man who controlled Lazard, the inscrutable French billionaire Michel David-Weill, and his chosen successor, Bruce Wasserstein.

Cohan follows Felix, the consummate adviser, as he reshapes corporate America in the 1970s and 1980s, saves New York City from bankruptcy, and positions himself in New York society and in Washington.

Felix’s dreams are dashed after the arrival of Steve, a formidable and ambitious former newspaper reporter. By the mid-1990s, as Lazard neared its 150th anniversary, Steve and Felix were feuding openly.

The internal strife caused by their arguments could not be solved by the imperious Michel, whose manipulative tendencies served only to exacerbate the trouble within the firm.

Increasingly desperate, Michel took the unprecedented step of relinquishing operational control of Lazard to one of the few Great Men still around, Bruce Wasserstein, then fresh from selling his own M&A boutique, for $1.4 billion.

Bruce’s take: more than $600 million. But it turned out Great Man Bruce had snookered Great Man Michel when the Frenchman was at his most vulnerable.

The Last Tycoons is a tale of vaulting ambitions, whispered advice, worldly mistresses, fabulous art collections, and enormous wealth—a story of high drama in the world of high finance.

“You know that I am a great believer that the faults of people are very often more determining than their qualities.” 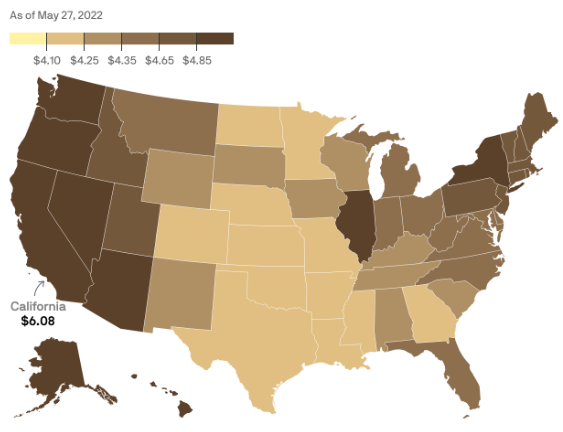 Using your luck well has more to do with success than getting lucky.

Increasing your luck surface area is one way to increase your luck.

Studies of painters have shown that presenting to a variety of galleries is the best predictor of success, because it gives them the chance to stumble on a big break.

The paintings of painters who don't succeed tend to appear at the same place repeatedly.

Another way to hack luck is to put more work out in the world.

According to artists' studies, releasing more work is one of the best predictors of success.

A larger number of opportunities increases your chances of landing a lucky break.

Be willing to get rejected more if you want to get luckier.

The more shots you take, the more chances you get. 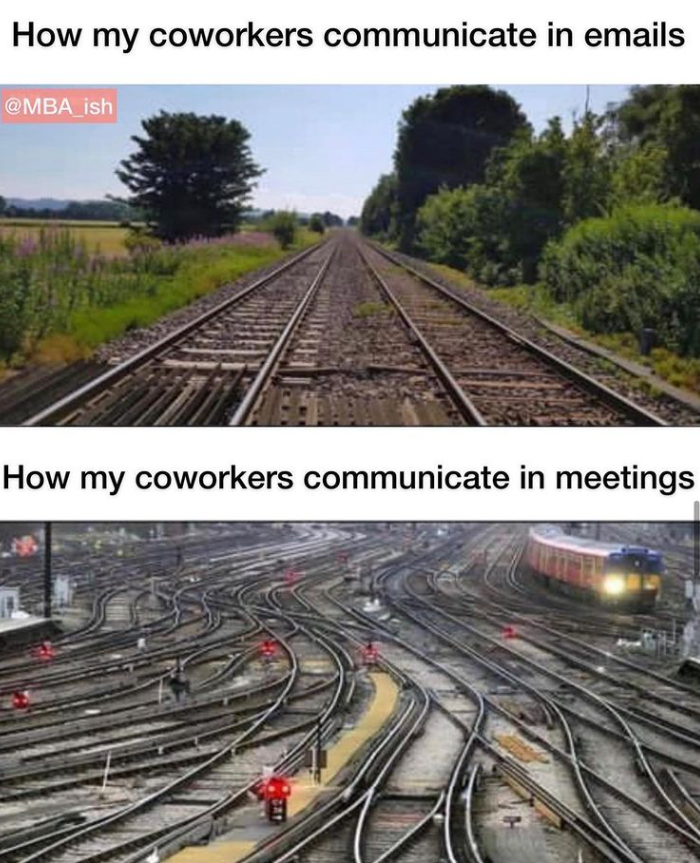 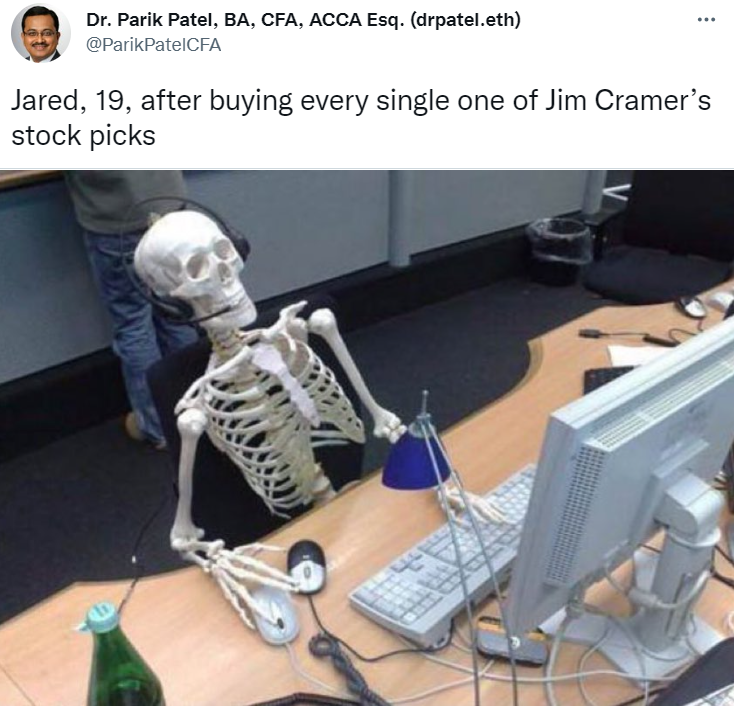