Private equity firms are going after slightly rich retail investors ($1-$5million). Starbucks' founder Howard Schultz established a $100 million fund targeted toward "diverse business as vehicles for fostering a more inclusive economy." Meanwhile, Wells Fargo is pausing their diversity rules, after a report came out that said staff held fake interviews with minority candidates. Janet Yellen said the US is currently staring down "unacceptable levels of inflation." (lmao OK I think we all knew that)

"It is so much more fun and less stressful running your own money and not everyone else’s."  — Julian Robertson

Good Morning! Battle of the headlines today. Starbucks' founder Howard Schultz established a $100 million fund targeted toward "diverse business as vehicles for fostering a more inclusive economy." Meanwhile, Wells Fargo is actually pausing their diversity rules, after a report came out that said staff held fake interviews with minority candidates. Apparently checking a box, is more important than actually trying to give someone a chance.

Janet Yellen said the US is currently staring down "unacceptable levels of inflation." This comes after she admitted that she was "wrong about the path inflation would take." Takes a real OG to admit you were wrong, and then let everyone know how wrong you were. On the flip side, the SEC will likely not admit any wrongdoing if their heavily opposed shake-up of broker dealers happens. As soon as this fall, the SEC could make purchasing stock more expensive for the little guys. 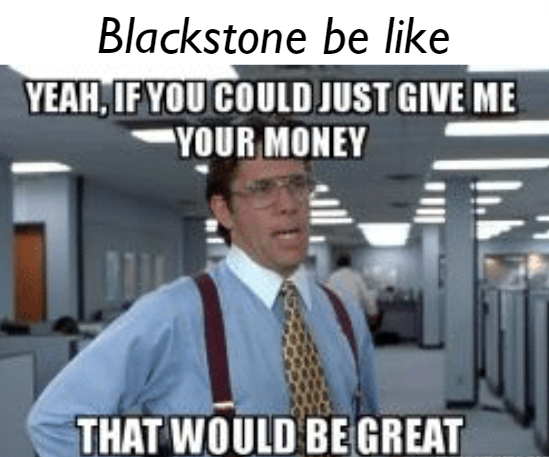 Blackstone is one of the biggest private equity firms on the planet. They committed $1.3 trillion to private markets in 2021 according to PitchBook, investing for an LP base that includes huge endowments, pension funds, and other asset managers. Apparently, they're still hungry though, and they're looking to start raising money from your average Toyota Corolla driving millionaire.

Blackstone has created a bunch of new products aimed at people with $1 to $5 million in investable assets (individuals worth $1+ million held $79.6 trillion in investible assets globally in 2020). The firm is hiring tons of marketing folks to pitch these products to private bankers and independent financial advisers.

Unlike a buyout fund, products for these retail investors are evergreen, meaning funds grow and don't exactly return capital. Publicly traded PE firms love this, because their shareholders love to see growth in management fees. Retail investors may love it because they can get distributions in perpetuity, theoretically...

Other large private equity players like Apollo and Ares are joining in the action as well, and have made going after the rich retail investors a top priority.

Short Squeez Takeaway: Alternative investment products (hedge funds, private equity, venture capital, art) are getting democratized by a number of start-ups (Titan, Sweater Ventures, Masterworks, etc.), and private equity firms want their piece of the pie. The LBO man won't stop unless he has everyone's money. Hey, I am not complaining if you can promise me I won't lose 50% as I have with my crypto investments.

Equities reversed morning losses to finish in the green, and crypto rallied from a big dip overnight to finish... err... less red? 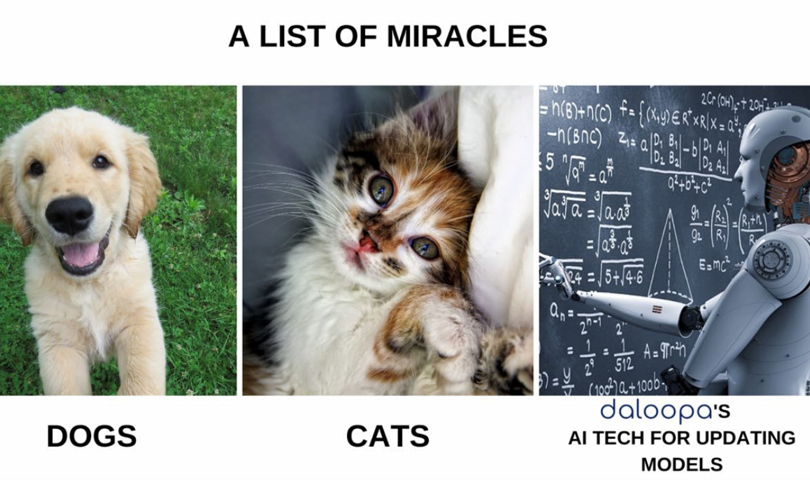 Today is your lucky day because Daloopa is giving away one of their models to Short Squeez readers -> the meme stock OG, GameStop.

4. Book of the Day: Where the Money Is: Value Investing in the Digital Age 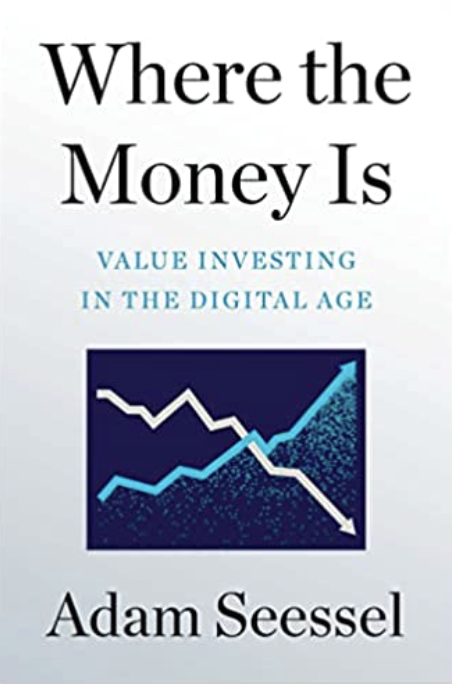 Technological change is reshaping the economy in a way not witnessed since Henry Ford introduced the assembly line. A little more than ten years ago, only two of the ten most valuable publicly traded companies in the world were digital enterprises—today, they comprise eight of the top ten. Investors around the world are struggling to understand the Digital Age and how they can use the stock market to profit from it.

Author Adam Seessel understands. Several years ago, he watched his old-school portfolio built using traditional value investing principles decline while the market, driven by “expensive” tech stocks, advanced. Determined to reverse course, he set off in search of a new value-investment paradigm, one that remained true to the discipline that Ben Graham gave us a century ago while reflecting the new realities of the Digital Age.

In Where the Money Is, Seessel introduces a refreshed value-based framework that any investor, professional or amateur, can use to beat the modern market. Like all sectors, the tech sector follows certain rules. We can study these rules, understand them, and invest accordingly. The world is changing, and we can profit from it.

Approaching tech this way, the economy’s current changes and the rapid rise of tech stocks are not reasons to be frightened or disoriented—they’re reasons to be excited. Infused with the same kind of optimism and common sense that inspired Benjamin Graham’s The Intelligent Investor and Peter Lynch’s One Up on Wall Street, Where the Money Is ushers in a new era of modern value investing.

"Being a value investor means you look at the downside before looking at the upside."

6. Daily Visual: Percentage of US Demand for Streaming Content by Language 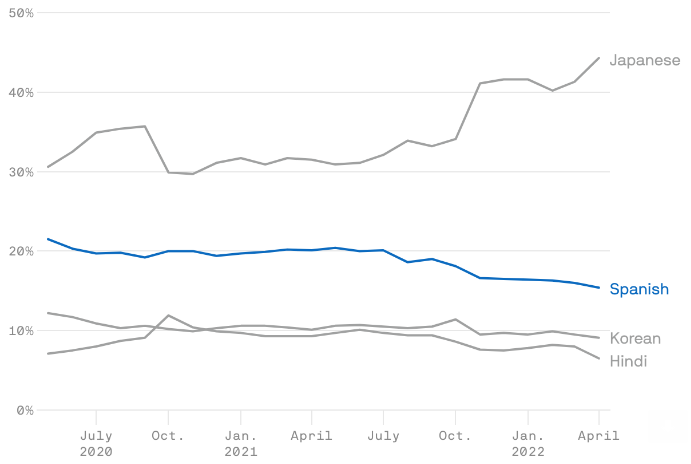 "For six years, if you wanted an electric car, you’d need to pay extra. It cost more than the regular kind.

Of course, if you decided to buy one, you weren’t paying extra. You were buying sustainability, community awareness, cachet, status, safety, quiet and the feeling of being an early adopter.

They buy something they want at a price that feels fair to them.

In the next few years, electric cars are actually going to be cheaper than their more-polluting brethren. And that means that anyone who wants to charge a premium is going to have to offer quality, service, design and a feeling that it’s worth whatever is being charged.

It’s very difficult to make a living selling something that doesn’t, by some apparent measure, cost extra.

The hard work is in keeping the promise that your extra isn’t extra at all." 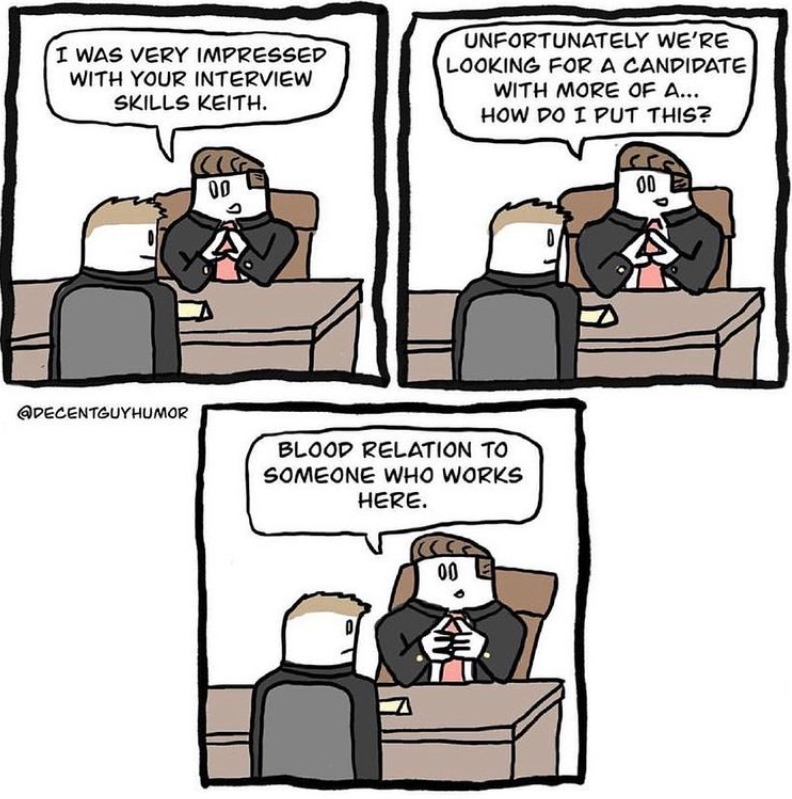 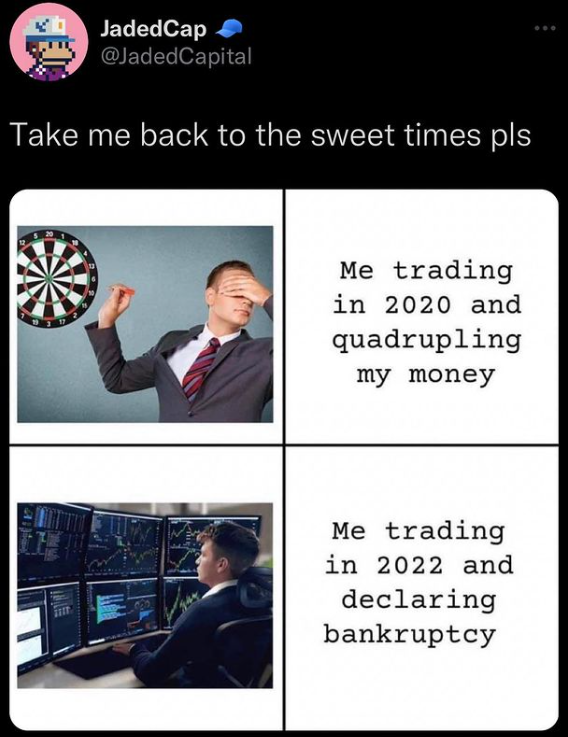 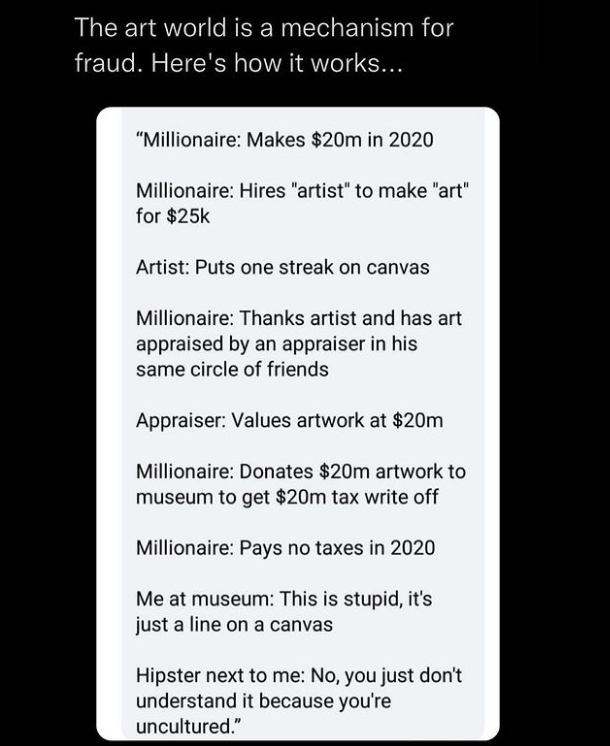