Millennials and Gen Z can’t afford homes. “McDonald's” in Russia opened to long lines. Summer blockbusters are back with "Jurassic World: Dominion" bringing in $143.3 million in its domestic opening, and "Top Gun: Maverick" adding another $50 million in its third weekend. National average gas price reached $5 per gallon for the first time ever. Goldman Sachs is being investigated over its ESG funds, as critics say ESG funds lack accountability

"In a probabilistic environment, you are better served by focusing on the process by which you make a decision than on the outcome." — Michael Mauboussin

Good Morning! Hope y'all had a great weekend. McDonald's in Russia is back. Well, kind of. McDonald's exited Russia after the invasion of Ukraine. So, local buyer Alexander Govor, bought the restaurants and opened them under a new brand this weekend, to long lines. Summer blockbusters are actually back with "Jurassic World: Dominion" bringing in $143.3 million in its domestic opening, and "Top Gun: Maverick" adding another $50 million in its third weekend. Tough to get to the theater though as the national average gas price reached $5 per gallon for the first time ever. EV drivers rejoice! On that note, Goldman Sachs is being investigated over its ESG funds, as critics say ESG funds lack accountability.

If you are a pizza lover and looking for exposure to the pizza market, check out today's sponsor, Piestro, a fully automated robotic pizzeria that dishes pies in less than 3 minutes. Invest in Piestro today.

1. Story of the Day: Hopeless Home-antics 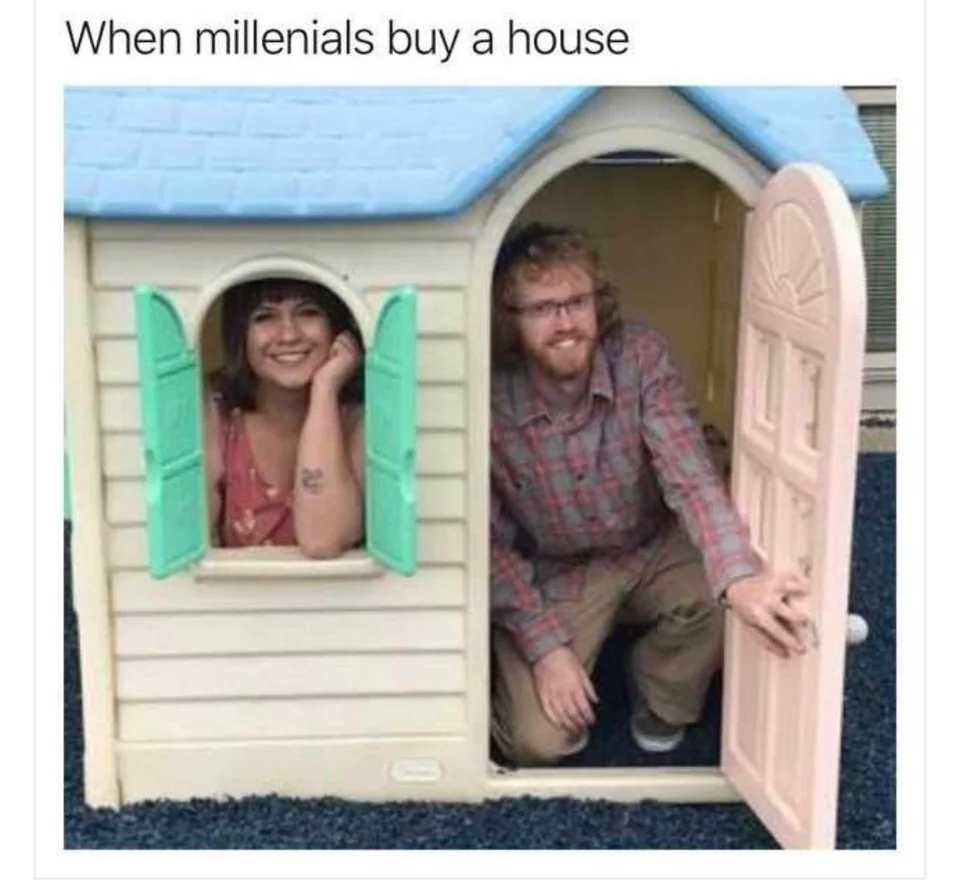 Millennials and Gen Z are blamed for a lot of problems by older generations. Lower marriage rates, lower birth rates, Boomers forgetting their passwords. Similarly to that last one, "young people not buying houses anymore," is blamed on us, but is beyond our control.

Most of the Gen Z and Millennial generations want to own a home eventually, and plenty want one right now. A Bankrate survey in March conducted by research firm YouGov said that 74% of American adults still feel that owning a home is the epitome of the American Dream. That's ahead of being able to retire at 66%, a successful career at 60%, and having children at 40%. Even lower than having kids, is getting a college degree at 35%.

In the survey of 2,529 adults, which included 1,397 homeowners, about 2/3rd of the non-homeowners said that the main reason they haven't bought a home yet was they couldn't afford one. Gen Z mainly said their income wasn't high enough, while millennials said their reason was rising home prices.

Over the past two years, rising demand sent home prices up 34% since the start of COVID. Recently the market has cooled a little bit, but given huge student loan debt, repressed wages, and inflation affecting other spending, being able to purchase still remains a huge ask.

Short Squeez Takeaway: Next time someone asks you why you haven't bought a house, hit them with a, "In this economy?!" Do Boomers think that we want to live in tiny, old apartments, with trash lining the sidewalks? Maybe everyone will get fed up with city living soon, and we'll see a huge jump in homeownership for our peer group. Roughly 75% of Gen Z and 69% of millennials said they'd consider moving to a different state, moving to a more affordable/less desirable area, or buying a fixer-upper at a discount to make their dream a reality.

Inflation data came in hotter than expected on Friday with the CPI up 8.6% YoY which no markets liked.

A Message from Piestro: Invest Before This Tech-Powered Pizzeria Goes Global

With unusually high operating costs, 80% of restaurants fail in their first five years.

But one tech-powered company is cutting labor and real estate spending in half with a 40-square-foot robotic pizzeria that dishes pies in less than 3 minutes.

Piestro can operate at a 3X higher profit margin than traditional pizzerias.

And there’s no quality loss here, just your favorite pizza served at hyperspeed. Piestro has already secured $580M pre-orders, so get in before they’re serving pizza on every continent.

4. Book of the Day: The Lonely Century: How to Restore Human Connection in a World That's Pulling Apart 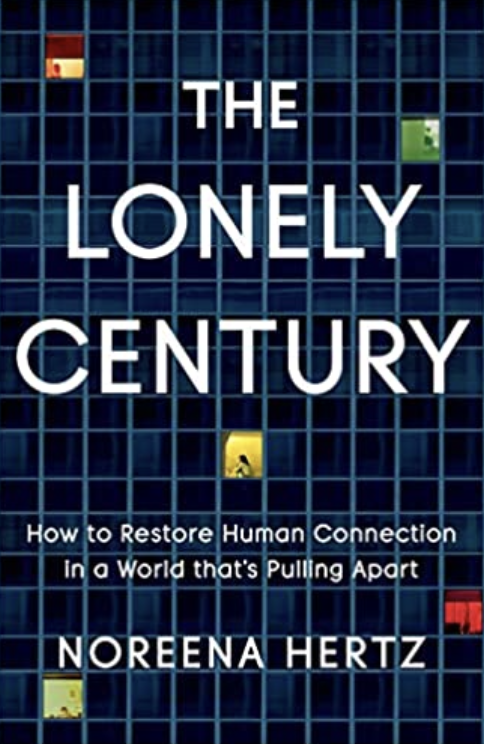 Loneliness is damaging our health, our wealth, and our happiness and even threatening our democracy. Never has it been more pervasive or more widespread, but never has there been more that we can do about it.

Even before a global pandemic introduced us to terms like “social distancing,” the fabric of community was unraveling and our personal relationships were under threat. And technology isn’t the sole culprit. Equally to blame are the dismantling of civic institutions, the radical reorganization of the workplace, the mass migration to cities, and decades of neoliberal policies that have placed self-interest above the collective good.

This is not merely a mental health crisis. Loneliness increases our risk of heart disease, cancer, and dementia. Statistically, it’s as bad for our health as smoking fifteen cigarettes a day. It’s also an economic crisis, costing us billions annually. And it’s a political crisis, as feelings of marginalization fuel divisiveness and extremism around the world. But it’s also a crisis we have the power to solve.

Combining a decade of research with firsthand reporting, Noreena Hertz takes us from a “how to read a face” class at an Ivy League university to isolated remote workers in London during lockdown, from “renting a friend” in Manhattan to nursing home residents knitting bonnets for their robot caregivers in Japan.

Offering bold solutions ranging from compassionate AI to innovative models for urban living to new ways of reinvigorating our neighborhoods and reconciling our differences, The Lonely Century offers a hopeful and empowering vision for how to heal our fractured communities and restore connection in our lives.

“Loneliness has become the defining condition of the twenty-first century.” 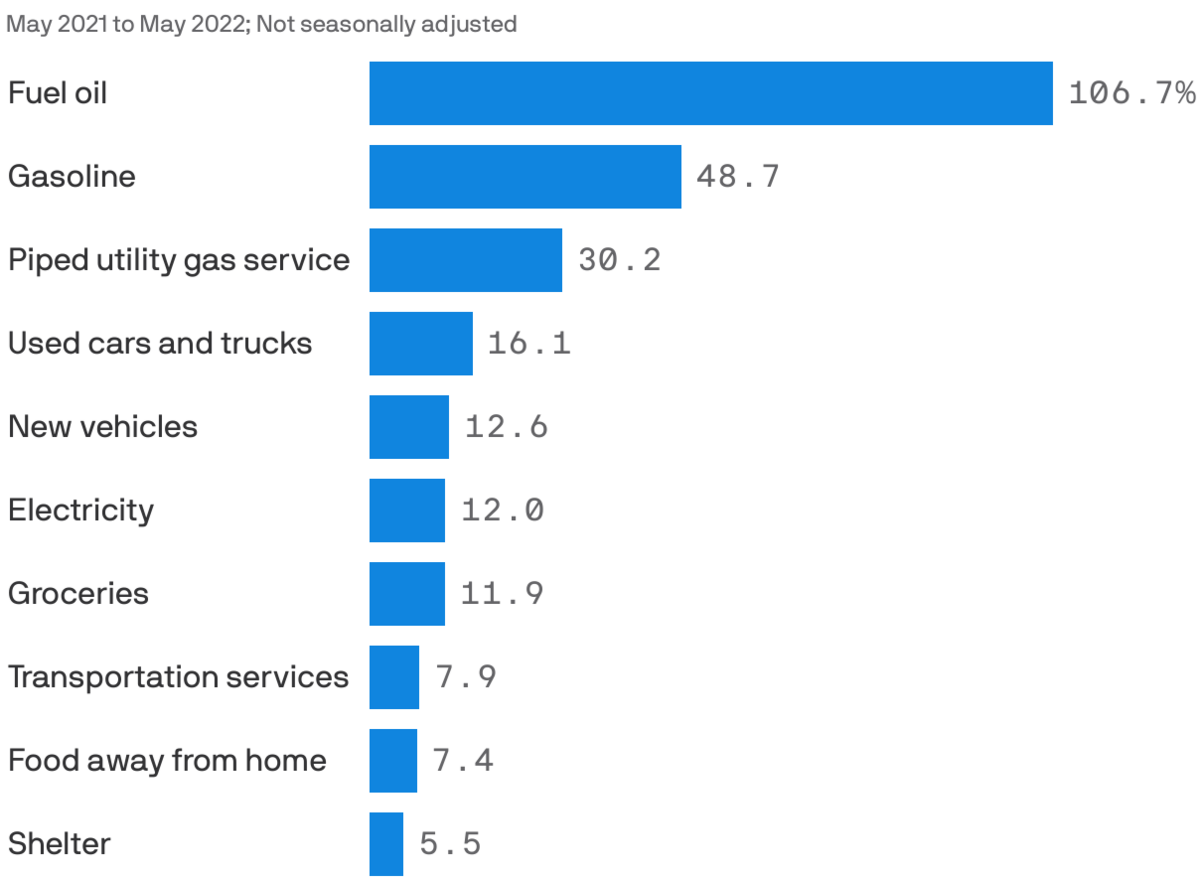 What do you call an investor who earned 16% per annum on average over a 47 year period – that’s a 1,070-bagger – and is not called Warren Buffett?

Before I tell you this man’s name, you must read what Warren Buffett had to say about him…

Now, if you haven’t already read below to find out who I am talking about, let me now disclose the name of this man, whom Buffett termed a Super Investor in his famous essay, The Superinvestors of Graham-And-Doddsville.

The Name is Schloss…Walter Schloss 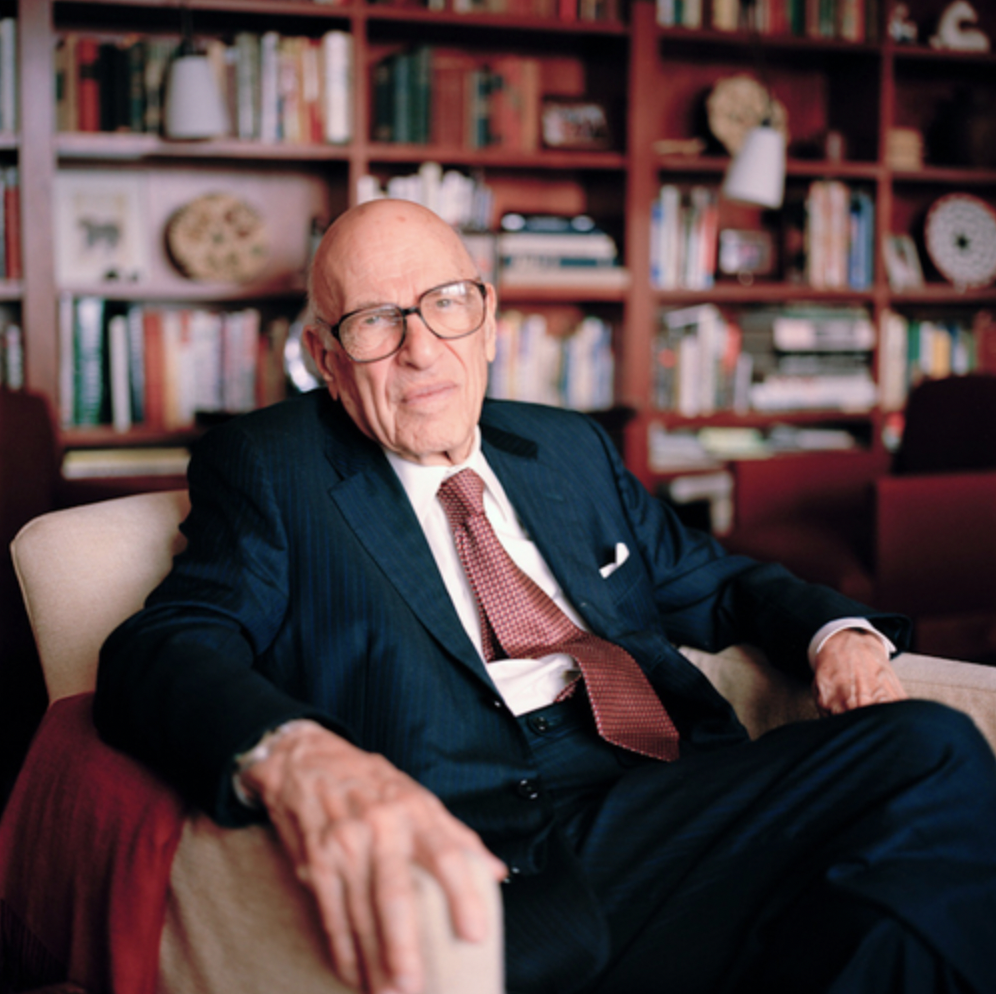 Walter Schloss was an outlier among outliers, and yet you’ve probably never heard of him.

Schloss graduated high school in 1934 during the Great Depression and got a job as a “runner” at a small brokerage firm. As a runner, his job was to run and deliver securities and paperwork by hand to various brokers on Wall Street.

The next year, in a stroke of luck, when he asked his senior for a better profile at the brokerage, he was asked to read a book called Security Analysis by Ben Graham.

After Schloss read Security Analysis, he wanted more, so he convinced his employer to pay for him to attend Graham’s classes. Subsequently, he started working during the daytime while studying at Ben Graham’s classes at night.

Schloss became an ardent follower of Graham, and even helped him write part of The Intelligent Investor. Anyways, this was when World War II broke out and Schloss enlisted in the army for four years.

He, however, stayed in contact with Graham, which paid off when he got an offer to work for Graham’s partnership upon returning from the war in 1946…under the man who had once rejected Warren Buffett for a job.

So, if you wish to become a successful value investor yourself (who doesn’t?), and wonder which MBA to do or which brokerage to start your career with, you can take a leaf from Schloss’ books.

As he showed, you don’t need a prestigious degree or a great pedigree to start your work towards becoming a sensible, successful value investor.

Of course, Schloss had his stars extremely well-aligned in terms of getting to work alongside Graham and Buffett, but then remember that he started as just a ‘paperboy’ without a college degree, before working his way through investing stardom. 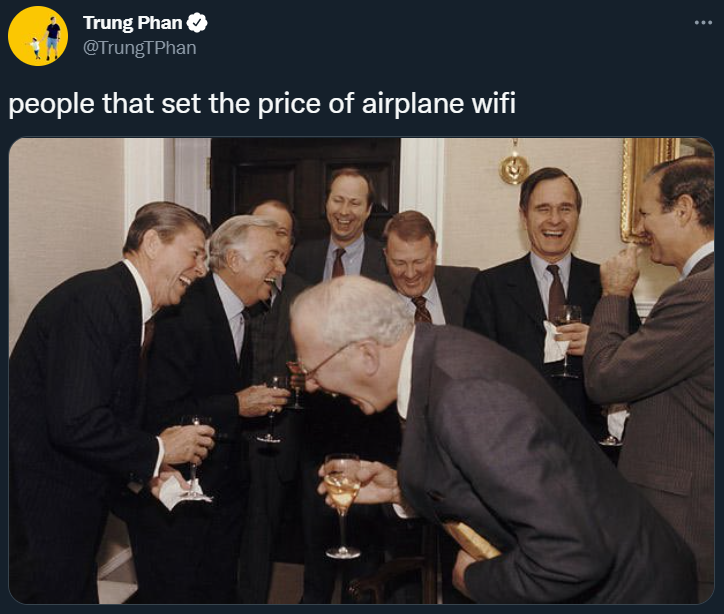 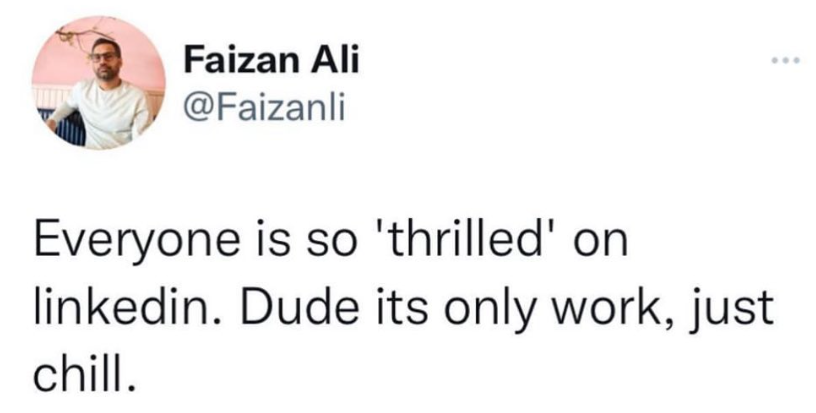 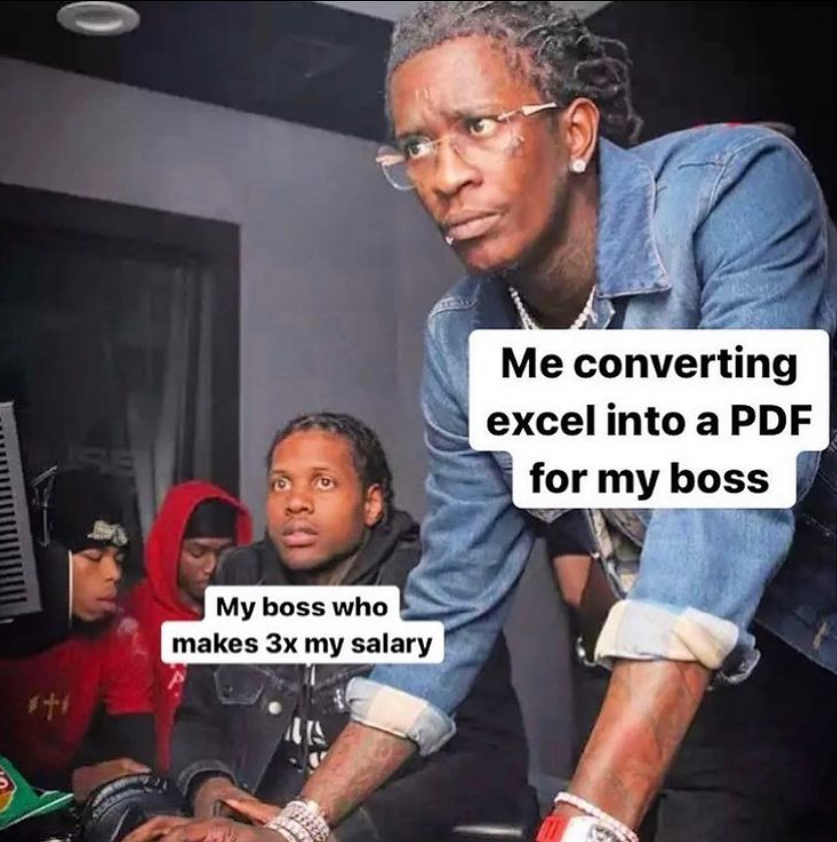