"Many ideas get dismissed because they come from someone we don't like."

Did you hear about Short Squeez Insiders?

Each week we’ll be interviewing Wall Street’s finest. Breaking down their investment portfolio, strategy, and evaluating their top stock and crypto picks. Plus, members will get access to:

P.S. We want your feedback! Let us know what you want to see in the Short Squeez Insiders membership and how we can make it better here. (will take 2 mins). We’ll give 3 people who fill out the survey a $50 Amazon gift card.

Note: Short Squeez will always stay free. Insiders is meant for y’all looking for something a little extra such as recruiting help & resources (which is hard to find in the market). The Insiders membership also allows us to grow our team and put out better free content for Short Squeez.

1. Story of the Day: Goldman Bonuses Lead to Record Applications? 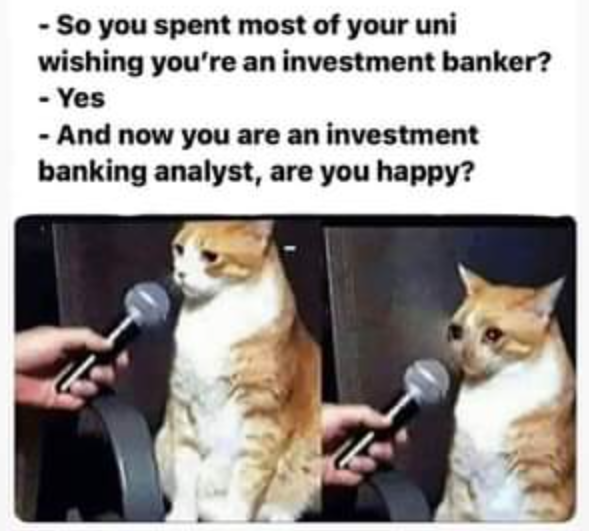 There was a rumored paradigm shift in recent years, where people believed that nobody wanted to work in banking anymore. Apparently, everyone was moving into tech in search of better hours, better culture, and (supposedly) similar pay. Well, the folks over at Goldman Sachs are certainly not worried about losing out on talent these days. They had a record 236,000 students apply for internships globally this year, and 202,000 applicants for first year analyst positions (up 27% from the year before.)

Last year’s Wall Street boom led to bankers working harder than ever, but that wasn’t enough to deter applicants who saw the raises and bonuses pop off too. After a record year, Goldman paid its bankers the highest bonuses on Wall Street. Based on Short Squeez's Comp Survey, e.g. Goldman VPs made nearly $1 million on average, with a ~$750k bonus (street average was $409k for VP bonuses).

Those numbers could have contributed to the 16% increase in college internship applications over 2021’s figures. Only 1.5% of all applicants get accepted for an internship position, but when you can make $1 million as a 28 year old, at least you gotta try.

Another potential contributing factor to the increase in applications could be an improved workplace at Goldman, and in banking in general. As many of you know, last year, junior bankers at Goldman created a deck that showed the difficult working conditions they dealt with. Many banks, at least on the surface, have tried to improve workloads for younger bankers.

Even if that may not actually be the case, it seems like young, ambitious college students are eager to join a top bank and go through their “rite of passage” internships, seeking fame, fortune, and of course, exit opps.

Short Squeez Takeaway: Don’t freak out too much if you’re one of those internship seekers…. Only 79,000 of those applications were for positions in the Americas. Ok…. Now you can freak out. What did you expect though? You thought you were the only person who was seeking a prestigious career in finance? Many young folk join prestigious colleges to try to make an "impact" and then pivot to the good ol' investment banking route after seeing how much they can make out of college just moving some logos in PowerPoint. See for yourself here.

Stocks fell sharply with Nasdaq leading the way down, as investors kept a close eye on plans for more sanctions on Russia and remarks by Federal Reserve policy makers.

A Message from Polymarket: ETH Price on Friday

The price of Ethereum (ETH) has risen dramatically over the last few weeks, reaching as high as $3,470 at time of writing, its highest level since January 6, 2022.

The crypto community is bullish on ETH due to the ongoing network enhancements that are aimed at achieving full Proof of Stake (PoS) status. In a nutshell, PoS migration should have a positive effect on ETH price since it has the ability to cut the cost of transactions on the network.

One noteworthy development recently occurred with Ethereum merging onto the Kiln testnet, which is the last testnet for the PoS move. 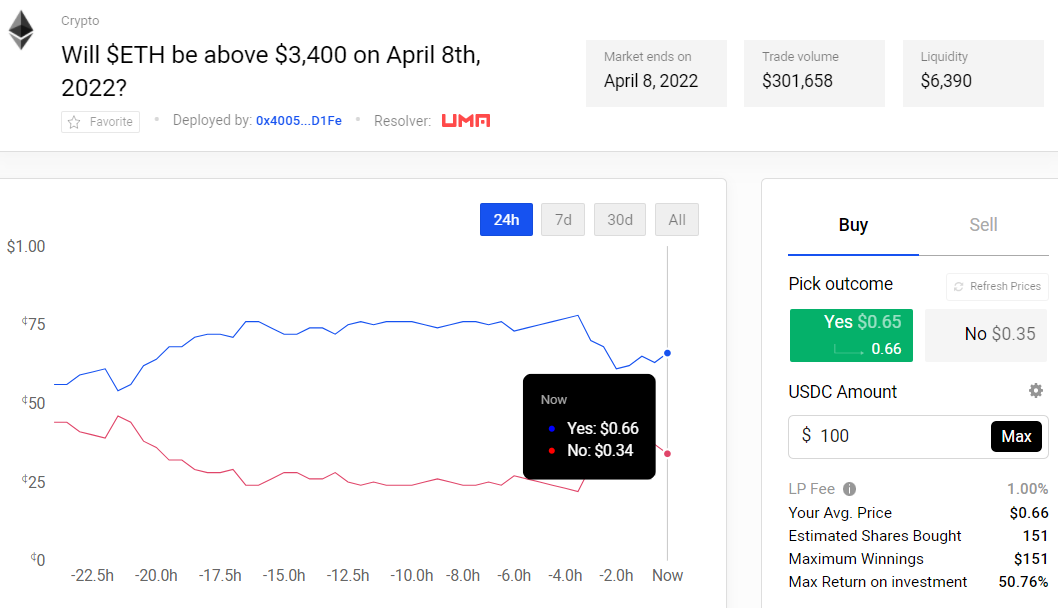 Polymarket traders are currently predicting a 62% probability that ETH will be above the $3,400 mark on Friday, April 8th. What do y’all think? Follow the odds now on Polymarket!

4. Book of the Day: The Hot Hand: The Mystery and Science of Streaks 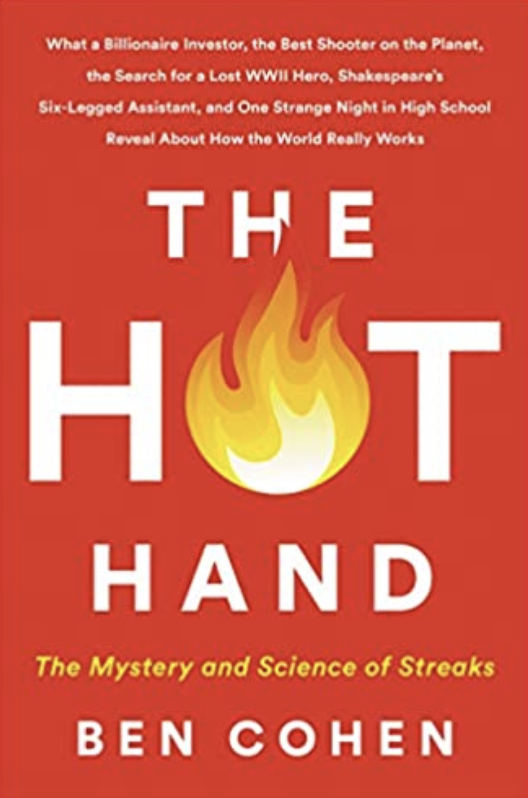 For decades, statisticians, social scientists, psychologists, and economists (among them Nobel Prize winners) have spent massive amounts of precious time thinking about whether streaks actually exist. After all, a substantial number of decisions that we make in our everyday lives are quietly rooted in this one question: If something happened before, will it happen again? Is there such a thing as being in the zone? Can someone have a “hot hand”? Or is it simply a case of seeing patterns in randomness? Or, if streaks are possible, where can they be found?

In The Hot Hand, Wall Street Journal reporter Ben Cohen offers an unfailingly entertaining and provocative investigation into these questions. He begins with how a $35,000 fine and a wild night in New York revived a debate about the existence of streaks that was several generations in the making.

We learn how the ability to recognize and then bet against streaks turned a business school dropout named David Booth into a billionaire, and how the subconscious nature of streak-related bias can make the difference between life and death for asylum seekers. We see how previously unrecognized streaks hidden amidst archival data helped solve one of the most haunting mysteries of the twentieth century, the disappearance of Raoul Wallenberg.

Cohen also exposes how streak-related incentives can be manipulated, from the five-syllable word that helped break arcade profit records to an arc of black paint that allowed Stephen Curry to transform from future junior high coach into the greatest three-point shooter in NBA history. Crucially, Cohen also explores why false recognition of nonexistent streaks can have cataclysmic results, particularly if you are a sugar beet farmer or the sort of gambler who likes to switch to black on the ninth spin of the roulette wheel.

“Almost everyone's instinct is to be overconfident and read way too much into a hot or cold streak.”

Will the office once again become our primary workplace?
Survey of 2,553 U.S. adults conducted March 23-25, 2022; Percentage who say they agree with the following statements

Everyone belongs to a tribe and underestimates how influential that tribe is on their thinking.

Tribes are everywhere – companies, departments, investment styles, economic philosophies, religions, families. Having a tribe that understands your background and shares your goals gives each of us comfort.

However, each tribe has its own set of rules, beliefs, and ideas. It is possible that you disagree with some of them; some of them are even abhorrent.

Nevertheless, the tribe remains supported because no one wants to risk being rejected by a tribe that is a part of their identity. Either people willingly accept bad ideas, or become blinded by tribal loyalty to the fact that they are bad from the start. 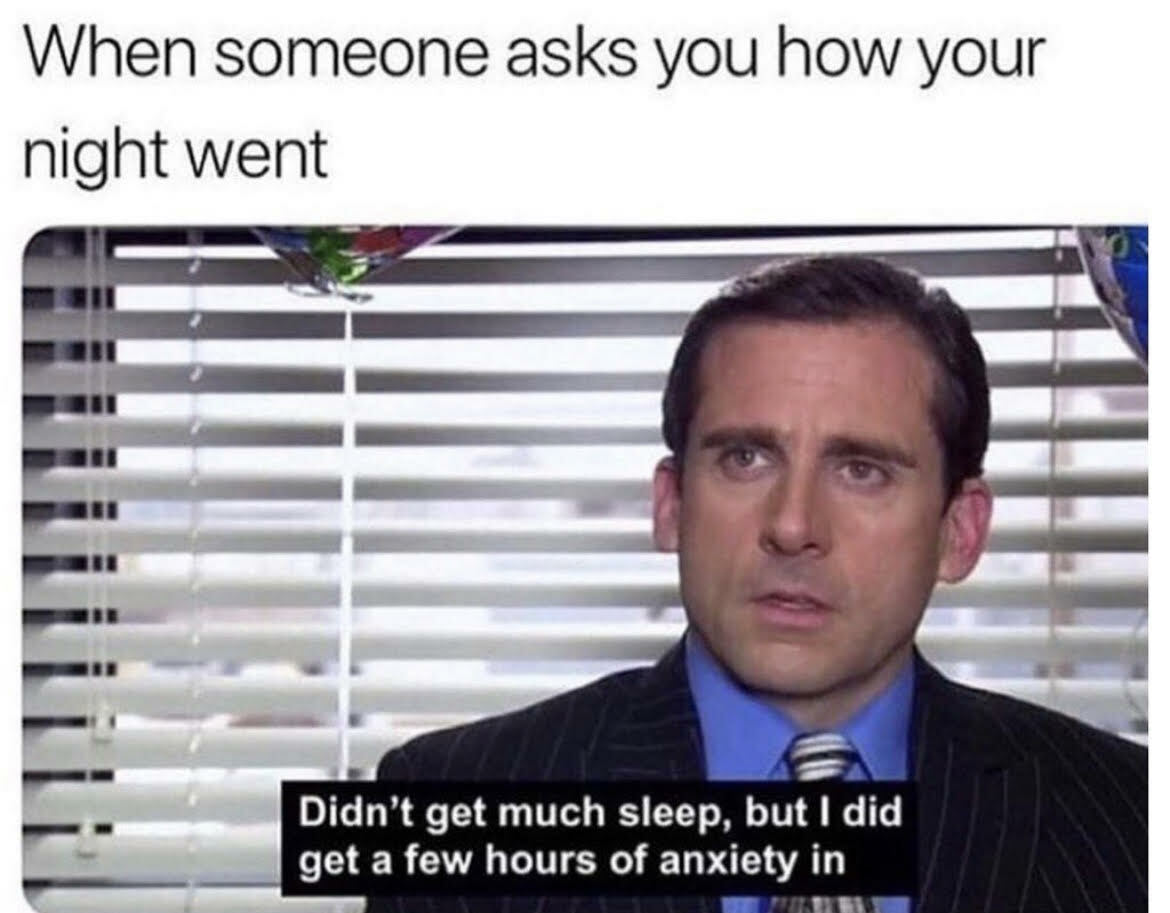