"The longer the time frame for results, the less you need intensity and the more you need consistency." — Shane Parrish

Good Morning! Hope you had a nice summer weekend. Google CEO, Sundar Pichai is not happy with his employees' productivity and launched a "Simplicity Sprint" to get feedback from them and increase focus & productivity. Another efficient way to get ahead is winning the lottery. A ticket sold in Illinois won one lucky participant $1.34 billion in the Mega Millions jackpot, the second-largest prize in the 20 years of the game.

Crypto winter and liquidations have flooded the market with Rolies and Pateks, depressing prices. Another trade in crypto is on the horizon. "The flippening," a bet on Ether surpassing Bitcoin, has people not asking "if," but "wen?"

We are excited to partner with Athletic Greens. Their product AG1 was formulated to provide nutrients, support gut health, sleep, focus, and the daily nutritional needs. Sign up today and they’ll throw in a one-year supply of Vitamin D and 5 travel packs—FREE!

1. Story of the Day: Eurocession 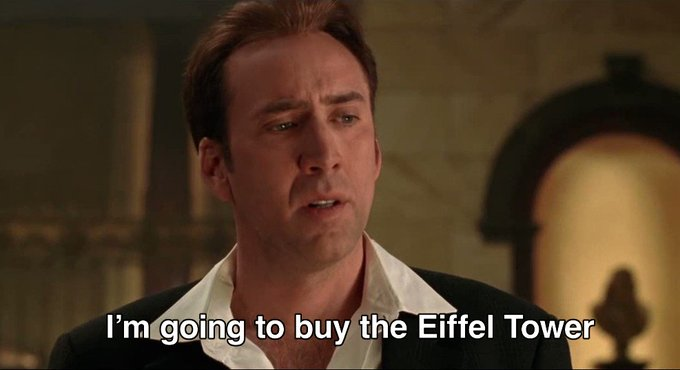 The euro (€) is at historically low levels and could continue to fall as the region faces a recession. At the moment, the euro is just above parity with the dollar but analysts think that the recent downtrend will continue.

This gloomy picture is brought to you by the energy crisis in the region. Thanks to the Russian invasion of Ukraine, Russian energy supplies which countries like Germany really rely on, have seen a major disruption to their supply chain. Credit Suisse thinks there's a 50% chance of a recession in the continent in the next six months, while Goldman thinks they may already be in one.

Italy is in trouble as well, because of political turmoil brought on by the recent departure of Prime Minister, Mario Draghi. After looking at the country's debt, and the spread of Italian bonds over their German counterparts, S&P downgraded its outlook on Italian sovereign debt. The cherry on top (or maybe the parmesan in this case) is that there's also a chance that Italy may leave the euro, although it's about this big -> 🤌.

In terms of price, the euro looks even worse than it did those 20 years ago, the time everyone seems to be referring to. The low that year was $1.20. This year it's trading at around $1.02, and even got to as low as 99.52 cents on July 14th. JPMorgan and Rabobank, think we could see it get back down to a discount, and an even bigger one at that, of 95 cents on the dollar, because of the aforementioned energy crisis they're exposed to.

Short Squeez Takeaway: It sounds like a great, cheap time for a Euro Trip! All jokes aside though, the Russia-Ukraine war was something that most folks couldn't have seen coming. Europe was clearly not prepared for natural gas flows from Putin to stop and that has been catastrophic for the region. Rate hikes are also coming to Europe and the Bank of England this week is expected to push through the biggest interest-rate increase in 27 years.

Markets ended the week strong, after earnings and economic data was taken in stride. Bitcoin fell after talk of "the flippening" began.

A Message from Athletic Greens: Simplify Your Routine with AG1 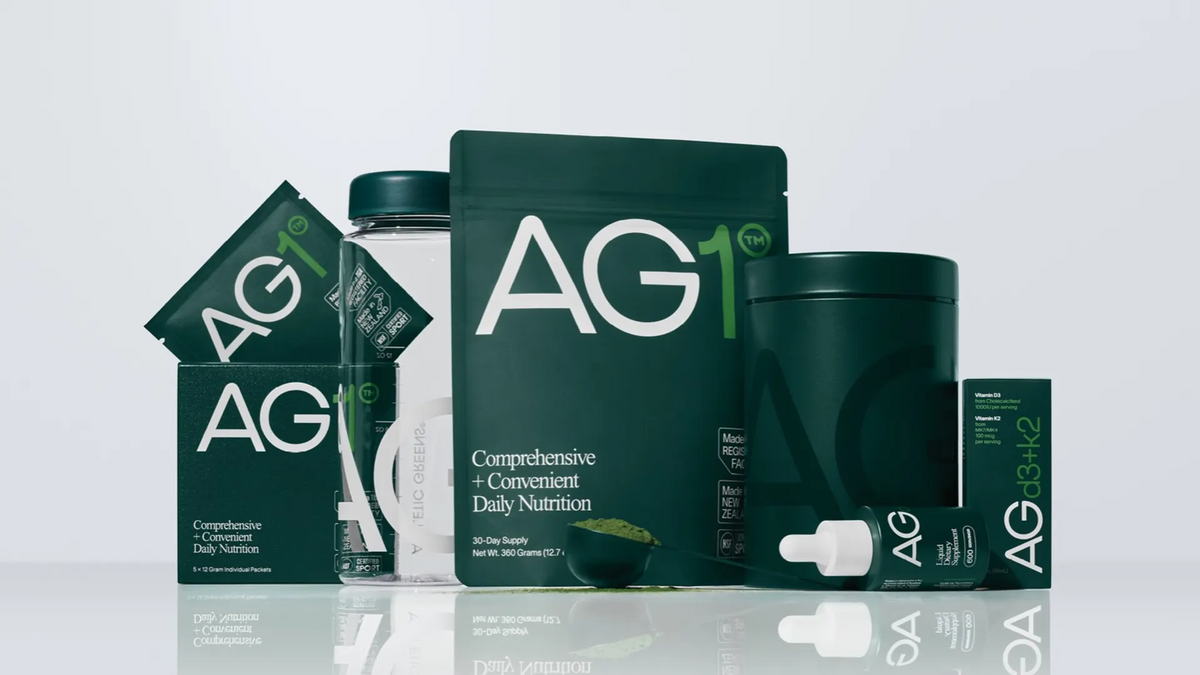 Ready to clean out your cabinet and have one product that does the job of many?

Look no further than AG1 by Athletic Greens. It is the foundational nutrition your body is begging you for. With nine synergistic products in one, and 75 of the highest quality ingredients, AG1 was formulated to provide nutrients, support gut health, sleep, focus, and the daily nutritional needs of just about everyone.

Sign up for an Athletic Greens subscription and they’ll throw in a one-year supply of Vitamin D and 5 travel packs—FREE! 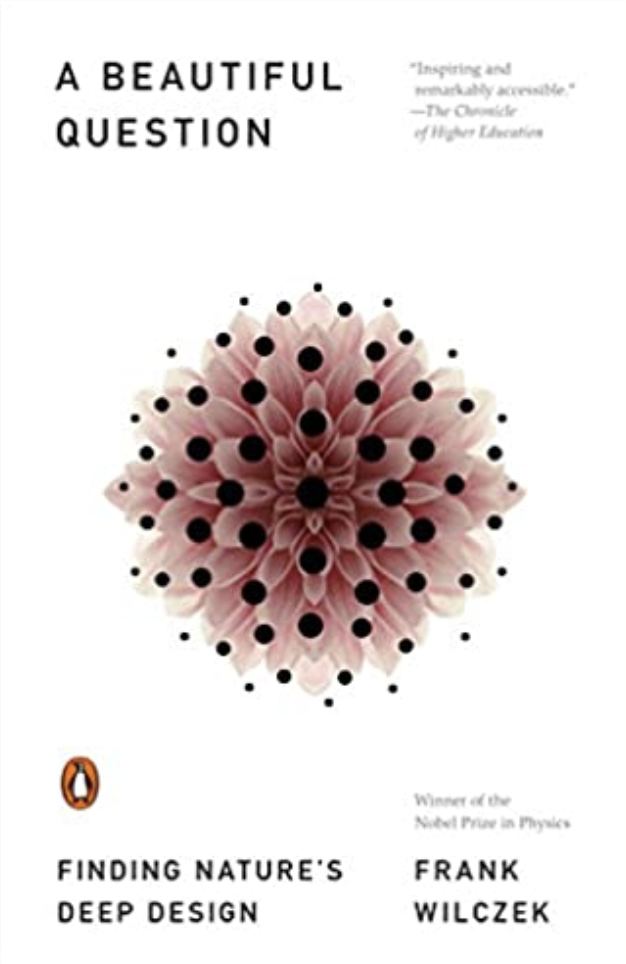 Artists as well as scientists throughout human history have pondered this “beautiful question.” With Nobel laureate Frank Wilczek as your guide, embark on a voyage of related discoveries, from Plato and Pythagoras up to the present.

Wilczek’s groundbreaking work in quantum physics was inspired by his intuition to look for a deeper order of beauty in nature. This is the deep logic of the universe—and it is no accident that it is also at the heart of what we find aesthetically pleasing and inspiring.

Wilczek is hardly alone among great scientists in charting his course using beauty as his compass. As he reveals in A Beautiful Question, this has been the heart of scientific pursuit from Pythagoras and the ancient belief in the music of the spheres to Galileo, Newton, Maxwell, Einstein, and into the deep waters of twentieth-century physics.

Wilczek brings us right to the edge of knowledge today, where the core insights of even the craziest quantum ideas apply principles, we all understand. The equations for atoms and light are almost the same ones that govern musical instruments and sound; the subatomic particles that are responsible for most of our mass are determined by simple geometric symmetries.

Gorgeously illustrated, A Beautiful Question is a mind-shifting book that braids the age-old quest for beauty and the age-old quest for truth into a thrilling synthesis. It is a dazzling and important work from one of our best thinkers, whose humor and infectious sense of wonder animate every page.

Yes: The world is a work of art, and its deepest truths are ones we already feel, as if they were somehow written in our souls.

“The world offers many possibilities for different sensory universes, which support very different interpretations of the world's significance. In this way our so-called Universe is already very much a multiverse.”

6. Daily Visual: Who Americans Spend Their Time With By Age

Average time spent with others is measured in minutes per day, and recorded by the age of the respondant. This is based on averages from surveys spanning 2009-19. 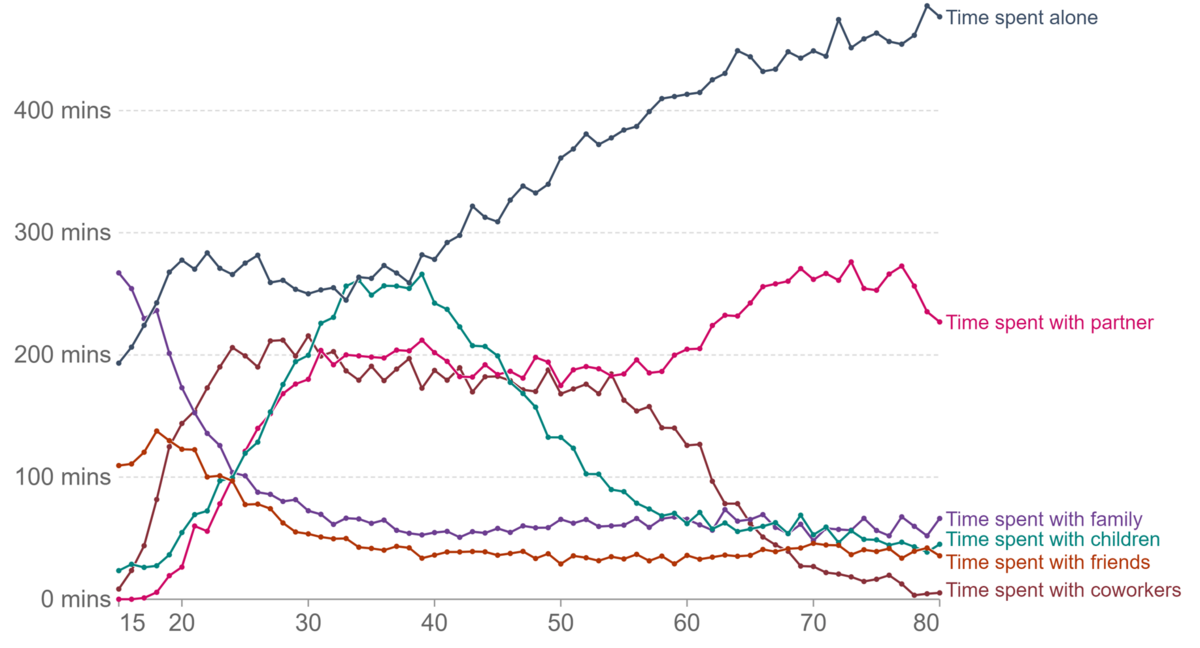 “Some risks loom so large that the only prudent option is to pool risk. That’s what we do when we buy insurance. We toss our premium dollars into a pool of money overseen by an insurance company.

If we’re unlucky—our house burns down or we suffer a disability—we collect from the pool. If we’re lucky, we pay our premiums and get nothing in return. Most of the time, that’s what we want, because it means another year has passed without major misfortune.

The one exception: Lifetime income annuities, which are a form of insurance where you hope to get heaps of money back, because it means you’re enjoying a long life.

While insurance is a great way to manage risk, it’s also expensive, so you only want to buy coverage if it’s absolutely necessary. When is that? Think about the financial misfortunes that could befall you.

Could you cope financially if you crashed the car, your spouse died, you couldn’t work because of an accident or illness, your neighbor sued you or you needed to pay nursing home costs? If the answer is “no,” you likely need to buy insurance.

If the answer is “yes” or “maybe,” you might skip the insurance or buy a policy with relatively skimpy coverage. Often the decision will hinge on your net worth.

Suppose that, even if illness prevented you from ever working again, you’d still be okay financially. In that case, you might not bother with disability insurance.” 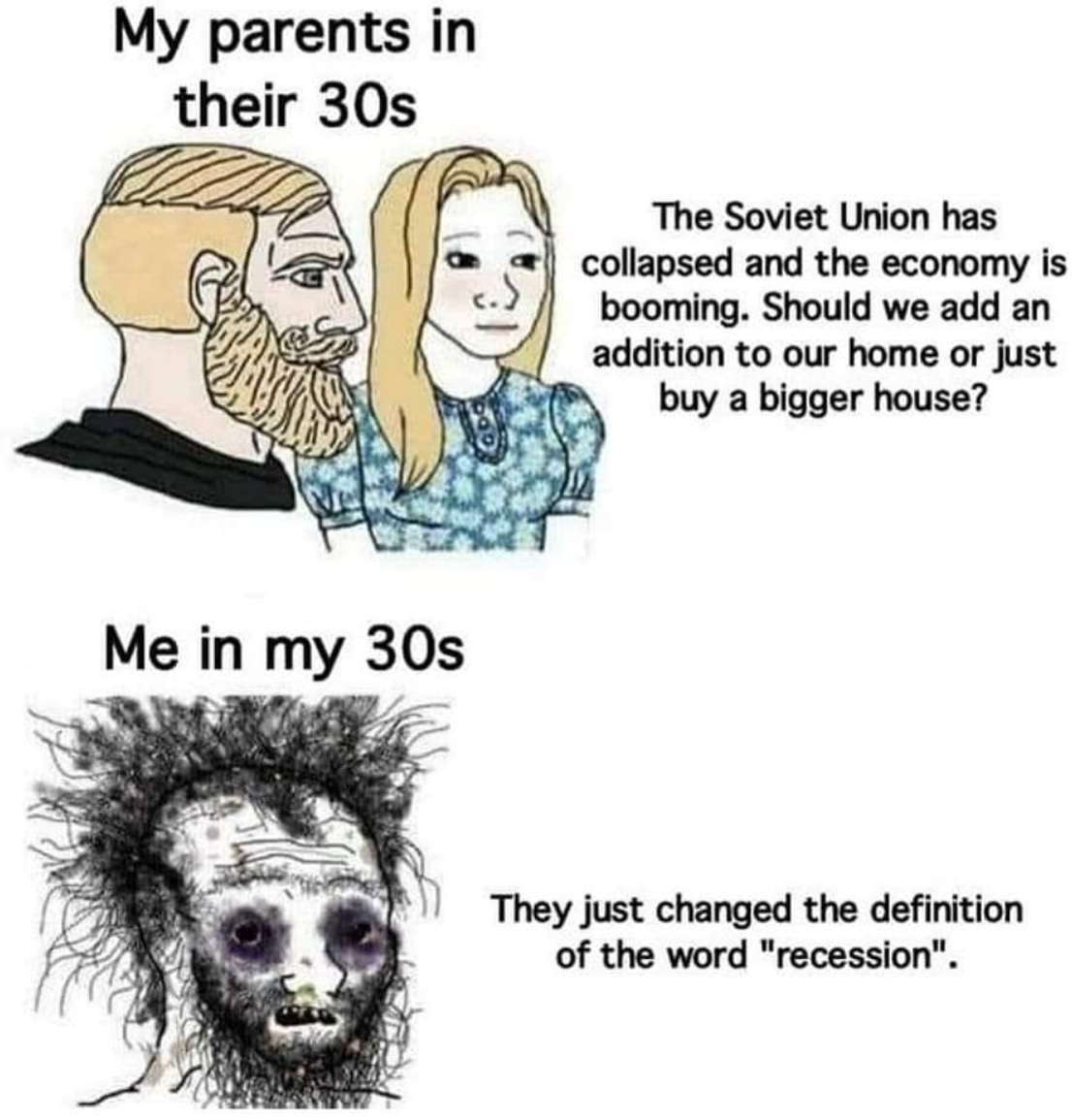 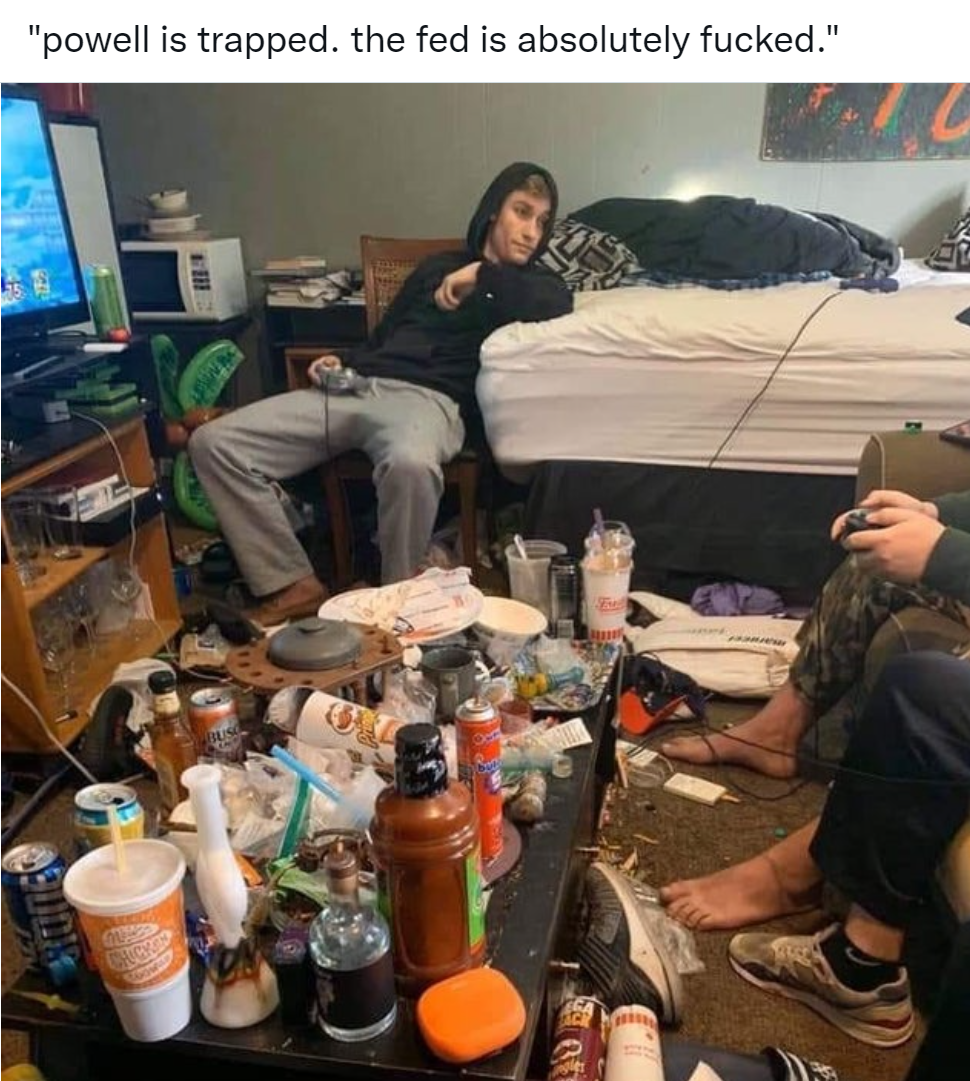 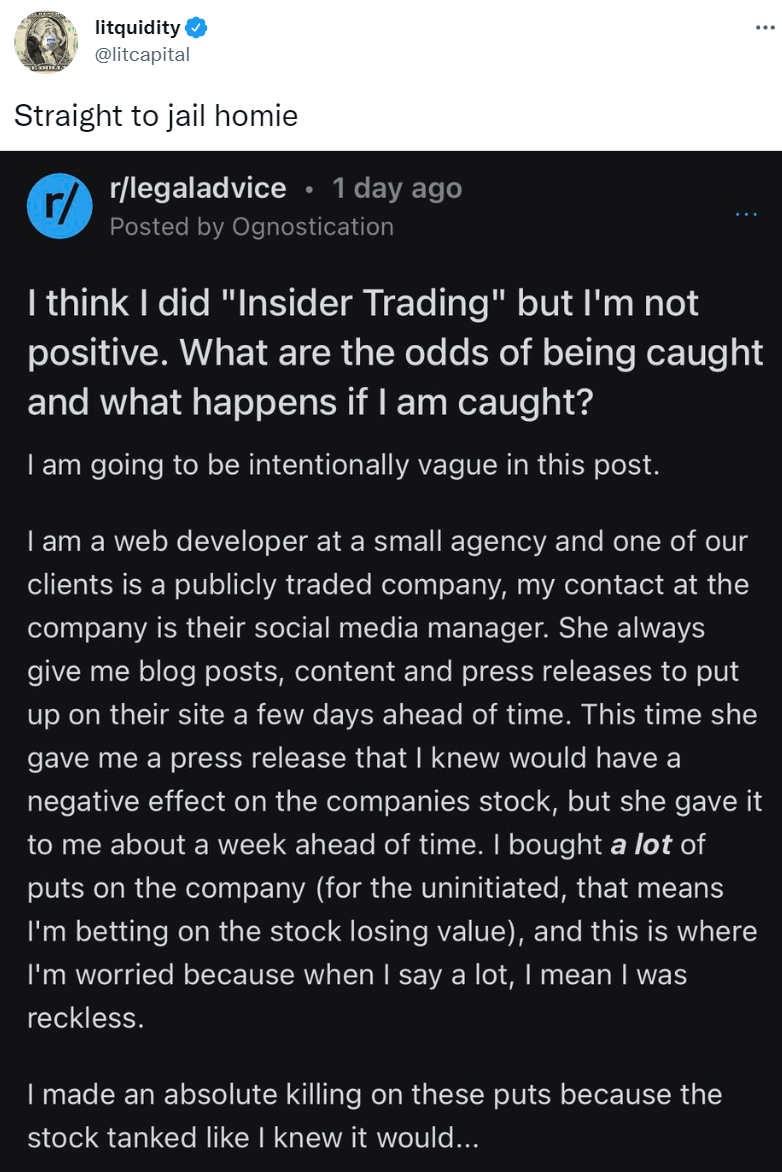