"Ultimately, nothing should be more important to investors than the ability to sleep soundly at night." — Seth Klarman

Good Morning! Goldman Sachs is getting out of the SPAC game as they've been spooked by new liability guidelines from regulators. Apparently, no one told dating app, Grindr, who just agreed to be taken public via SPAC at a $2.1 billion valuation. Not all tech companies have high hopes for the future though. Uber said they plan to cut costs as they're seeing a "seismic shift" in investor sentiment.

1. Story of the Day: When the Dip Keeps Dipping 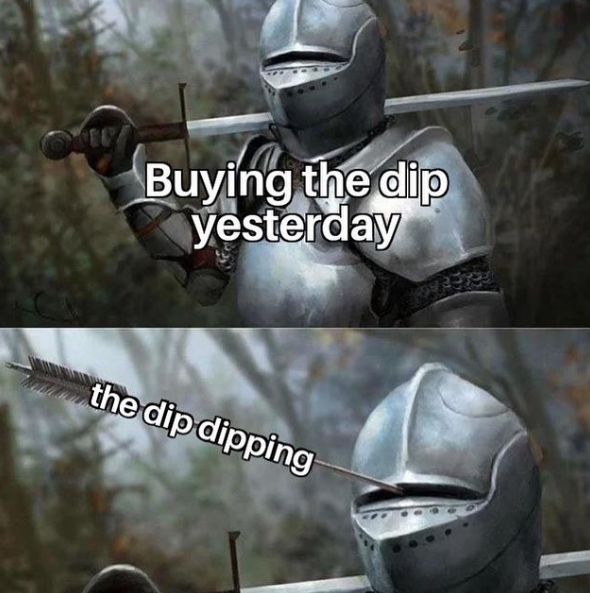 These markets are like high school baseball players... can't stop dipping. Whether it's equities or cryptocurrencies, there's a good chance that some of your best trades from last year are under water now.

Even without a recession (yet) stocks are facing trouble according to Goldman Sachs strategists, led by David Kostin. It may not necessarily be a bad thing though. "The best-case scenario for the economy and eventually for equity prices - probably involves a continued period of constrained equity market returns. Swings will remain large until the path of inflation is clarified," Kostin wrote in a note to clients.

As far as clearing up that path goes, the Fed is on it! That's almost like the "Inverse Cramer" indicator though, and leving investors more anxious. They have every right to be nervous though, as the mixed signals are plentiful, like with you and your old science lab partner.

Some signals are clear as day though. High and long lasting inflation are a major headwind for tech stocks in just about any situation. The Nasdaq was down by over 4% and many tech stocks have set new 52-week lows. The S&P 500 was down over 3%, and Bitcoin down to just above $30k, which was about half of its record high last fall.

Short Squeez Takeaway: Markets can't always go up. One can only hope that retail investors are doing alright through these tough times. The diamond hands gang out there might have to be ready to let go, as things are not looking good for meme stocks (e.g. AMC down 78% since June 2021). "Professionals" aren't doing much better. Michael Saylor's MicroStrategy made the bold move to add Bitcoin to its balance sheet. Now that Bitcoin is down 54% from its highs, the position is below the breakeven price, and the company's shares fell 26% yesterday. (thots & prayers)

Higher yields, rates, and inflation are all markets can think about as they continued last week's sell-off with tech being the hardest hit sector. Not even energy stocks were able to finish green as the price of oil falls. 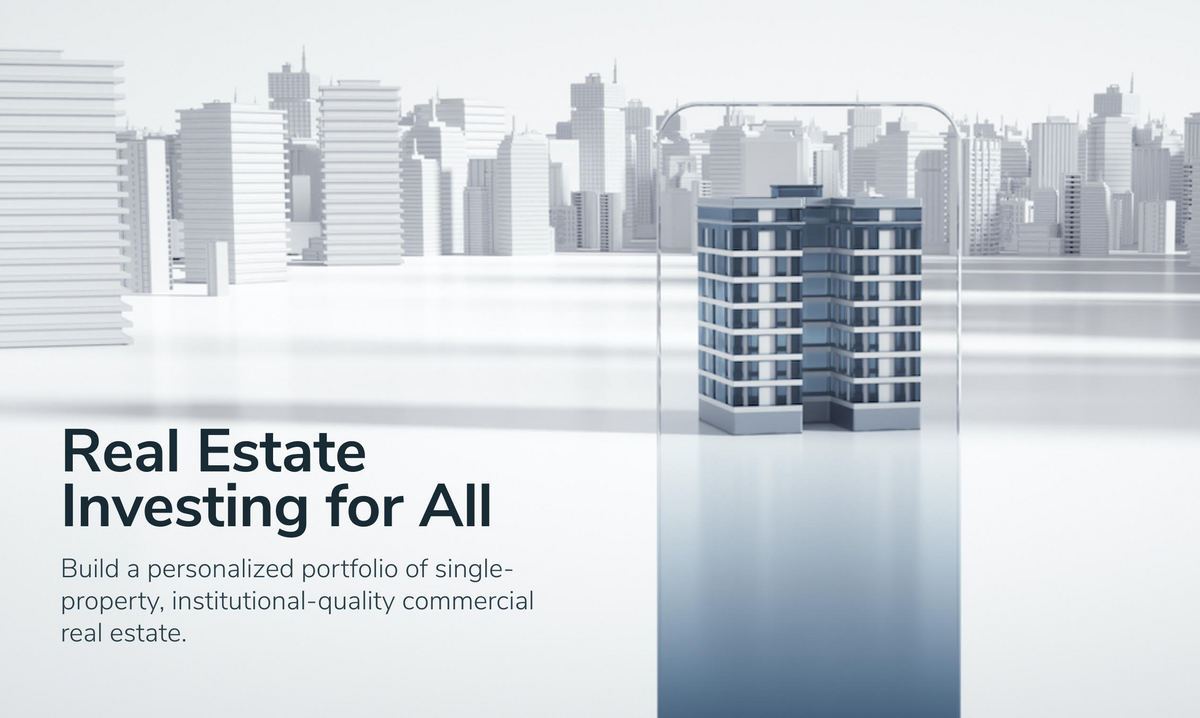 4. Book of the Day: Outside the Box: How Globalization Changed from Moving Stuff to Spreading Ideas 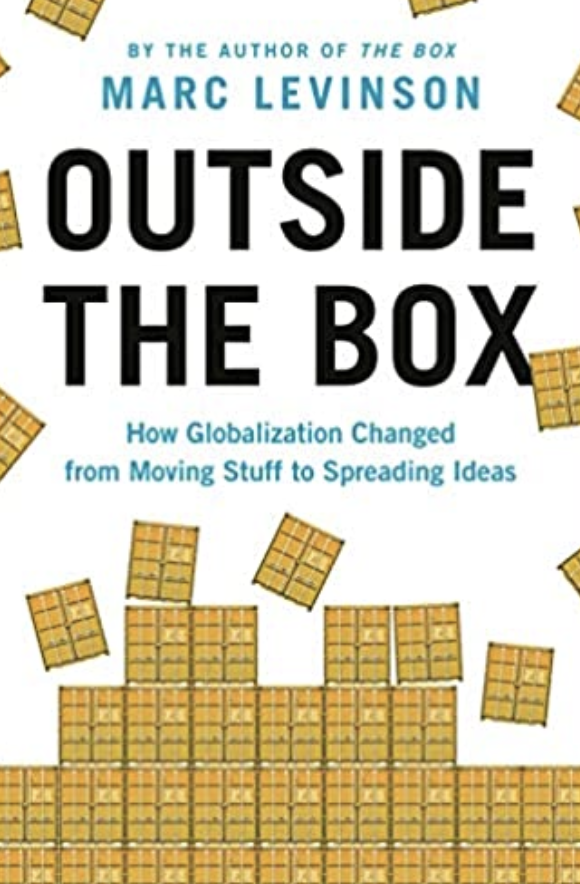 Globalization has profoundly shaped the world we live in, yet its rise was neither inevitable nor planned. It is also one of the most contentious issues of our time. While it may have made goods less expensive, it has also sent massive flows of money across borders and shaken the global balance of power. Outside the Box offers a fresh and lively history of globalization, showing how it has evolved over two centuries in response to changes in demographics, technology, and consumer tastes.

Marc Levinson, the acclaimed author of The Box, tells the story of globalization through the people who eliminated barriers and pursued new ways of doing business. He shows how the nature of globalization changed dramatically in the 1980s with the creation of long-distance value chains.

This new type of economic relationship shifted manufacturing to Asia, destroying millions of jobs and devastating industrial centers in North America, Europe, and Japan. Levinson describes how improvements in transportation, communications, and computing made international value chains possible, but how globalization was taken too far because of large government subsidies and the systematic misjudgment of risk by businesses.

As companies began to account properly for the risks of globalization, cross-border investment fell sharply and foreign trade lagged long before Donald Trump became president and the coronavirus disrupted business around the world.

In Outside the Box, Levinson explains that globalization is entering a new era in which moving stuff will matter much less than moving services, information, and ideas.

“I find that the world is changing much, much faster than I can even bitch about it.”

Change in employment by sector from February 2020 to May 2022 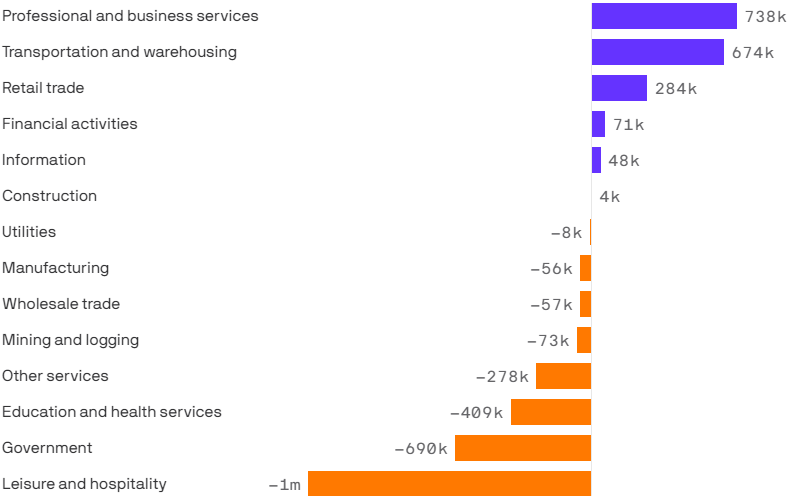 The seduction of the short game is visible and immediate benefits.

Examples of the short game include:

-       Not taking care of your health or relationships

-       Taking every last penny you can from a customer

-       Having an opinion on something you don’t know anything about

-       Putting off anything that seems hard

Examples of the long game include:

-       Leaving the party early to make sure you get some sleep

-       Eating healthy when everyone else is eating junk

-       Going for a walk rather than watching Netflix 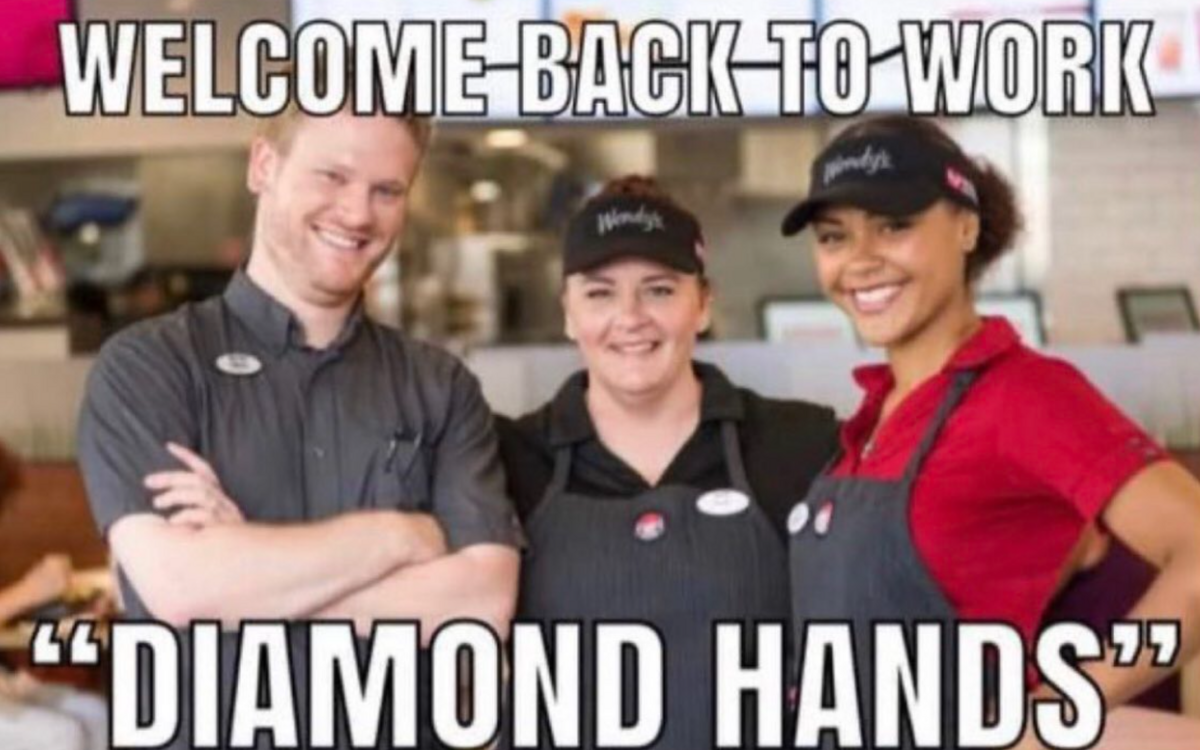 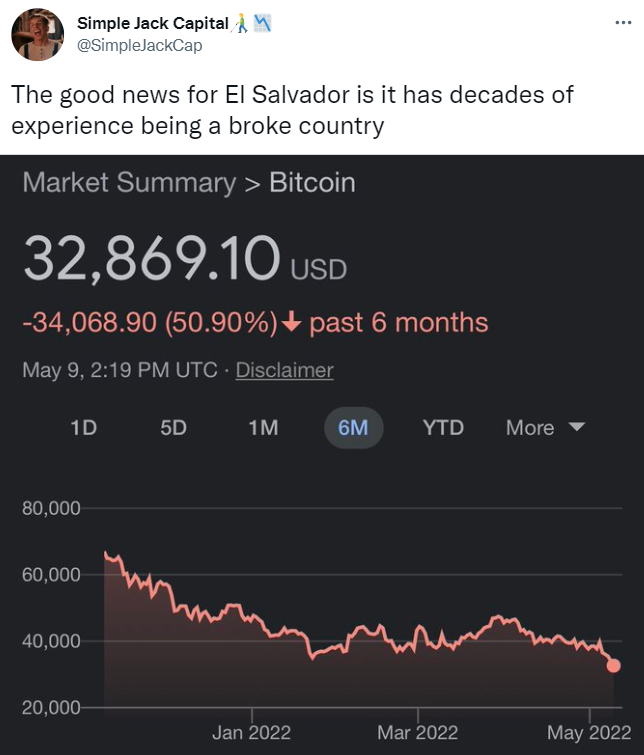 With the great VC pullback of 2022, lay offs are increasing by the day. We want to help everyone who's lost a job find a new role asap. You can post a job for free on our board. Use code: "getmeajob"