"Bottoms in the investment world don't end with four-year lows; they end with 10- or 15-year lows." — Jim Rogers

Good Morning! The Fed raised rates by 75 bps yesterday, and suggested it may go for a hattrick with another 75 bps hike. Thanks to news of an SEC probe, Cathie Wood's Ark funds sold 1.41 million shares of Coinbase for the first time, and the stock fell 21% as a result. That's a quick trip south, but no quicker than a flight with Elon Musk. Jack Sweeney (@CelebJets) said that outrage over Kylie Jenner's recent 17-minute flight was surprising since Musk has taken multiple flights on his PJ that were even shorter. In other tech billionaire news, Mark Zuckerberg and Facebook think users want a TikTok clone. Get ready for cringe dance videos and terrible financial advice all in one place.

If you find it hard to keep track of how much you spend each month & keep getting charged for subscriptions you don't even use, then check out this app. 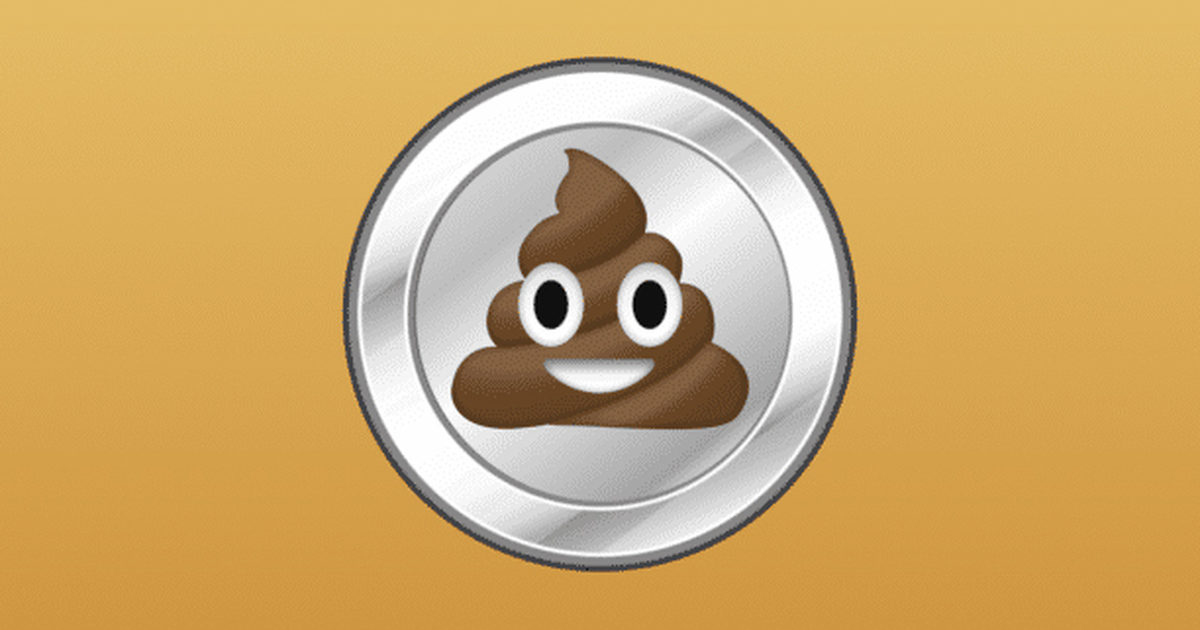 Buckle up, we're going for a ride. Y'all ever do something crazy to distract from another, slightly less crazy thing you've done? Like growing a goatee to offset a bad haircut, or breaking laptop to hide unfinished homework? Well Coinbase pulled off one of these classic Kansas City Shuffles in September 2020 by announcing a ban against activism at work during the Black Lives Matter movement. This obviously caused a stir, and as a result, distracted folks from the fact that Coinbase was expanding the number of tokens on its platform. Doesn't seem that strange? Just wait.

It started off with Dogecoin in May 2021, but over a year amounted to over 100 more coins on Coinbase. It was an effort to "accelerate asset addition" according to founder Brian Armstrong. Fair enough, as until then, Bitcoin, Ether, and other respected tokens were the only offerings on the platform. Meanwhile competitors like Binance, were taking market share with their hundreds of altcoins (aka sh*tcoins). Seemed like a fair move at the time, as Dogecoin, for example, had a market value of $90 billion right before Armstrong added it to Coinbase.

Coinbase's stock rose as fees were flowing, thanks to Reddit fueled speculations in the altcoins. In hindsight, these strategic moves may have had a little more behind them than sound, ethical decision making. Why? Insider trading.

Last week federal prosecutors took action against former Coinbase product manager Ishan Wahi, accusing him of insider trading. Wahi apparently tipped off his brother about new listings that would likely pop after making it onto the major platform. Thanks to this, the siblings made roughly $1.5 million insider trading low activity altcoins, buying before the blastoff, and selling at the top.

This doesn't exactly paint Coinbase's hands red, but there's more. Back to Dogecoin, the token was added almost exactly at the peak, and since then has lost over 90% of its value. Coinbase also hyped up crypto game Axie Infinity, right before a hack caused its token to crash. Another high-profile shoutout, but maybe not the only other, was for the Luna stablecoin. Coinbase tweeted about the coin promoting it, right before it collapsed erasing billions in investor capital.

Short Squeez Takeaway: I'm not saying there's a crypto Illuminati, but it sure seems like there's a correlation between getting listed on Coinbase (and the "in-crowd" making bank) and falling from a peak (where you and I lose everything). That's just the conspiracy theorist in me. Who knows, maybe Coinbase just has a track record as bad as Jim "Short Me" Cramer.

For a second I thought it was St. Patrick's Day, looking at all that green. Stocks were up quickly after the Fed raised rates by 75 bps, as expected. Crypto, for better or worse, tracked stocks higher.

A Message from Truebill: Take Control of your Spending

Do you find it hard to keep track of how much you spend each month? Have no idea how much you’re spending on food and drinks? Keep getting charged for subscriptions you don't even use?

If you answered yes to any of the questions above, Truebill is the app for you.

Truebill is the best personal finance app to help you gain awareness around your spending habits and better manage your money.

While other apps just give you insight into your spending, Truebill is different – it’ll do the work for you!

Truebill can cancel your unwanted subscriptions, and they even have experts who will try to negotiate better rates on your bills.

4. Book of the Day: Fooled by the Winners: How Survivor Bias Deceives Us 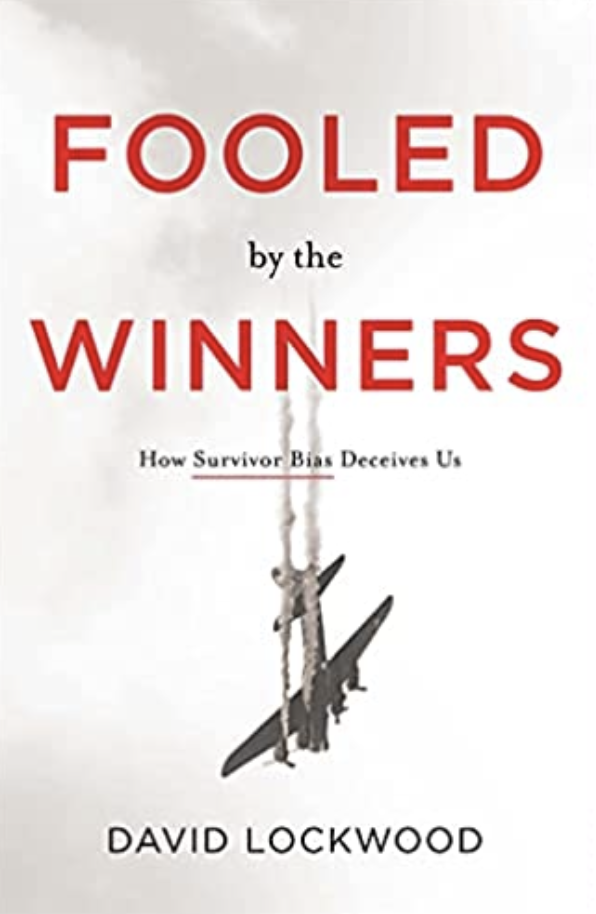 Fooled by the Winners will change the way you think about the stock market, health care, global warming, diets, lotteries, restaurants, and your siblings. It will reshape your perspective of the past and give you a clearer view of the future.

Fooled by the Winners is a book about survivor bias, the cognitive error of focusing on the winners, the successes, and the living. But in many instances, we can learn more from those who have lost, failed, or died.

After reading this book, you will understand how survivor bias is often used to deceive us. You will learn how to stop paying for financial services that promise more than they deliver, for health care that doesn’t make us healthier, for diets that don’t make us slimmer, and for advice books that don’t offer good advice.

You will also come away with a different view of our past, including our perilous evolutionary journey and how history has often been written by the winners. You will come to understand how we are fooled by the winners in warfare, such as in the deployment of nuclear weapons and the most famous example of survivor bias―the missing Allied bombers of WWII.

Previous studies of survivor bias have been inaccessible to most, housed in formula-laden statistical journals. But you won’t find any math or technical jargon here. David Lockwood, a former member of the faculty of the Graduate School of Business at Stanford University, applies the concept of survivor bias to specific, real-world examples―minus the equations.

Through compelling analysis and the real-life stories, this book demonstrates the deceptive influence of survivor bias in our daily lives and on our thinking.

“What we do know is that most species don’t make it. Ninety-nine percent of all species that once lived on the earth are gone.”

A Message from Polymarket: ETH Merge

After many deliberations, the Ethereum devs and community folks have now penned a new tentative date for the Ethereum merge.

The Ethereum merge date and transition to proof-of-stake is expected to take place on September 19, 2022.

The latest Ethereum merge information was released in a PoS Implementers Call on July 14. 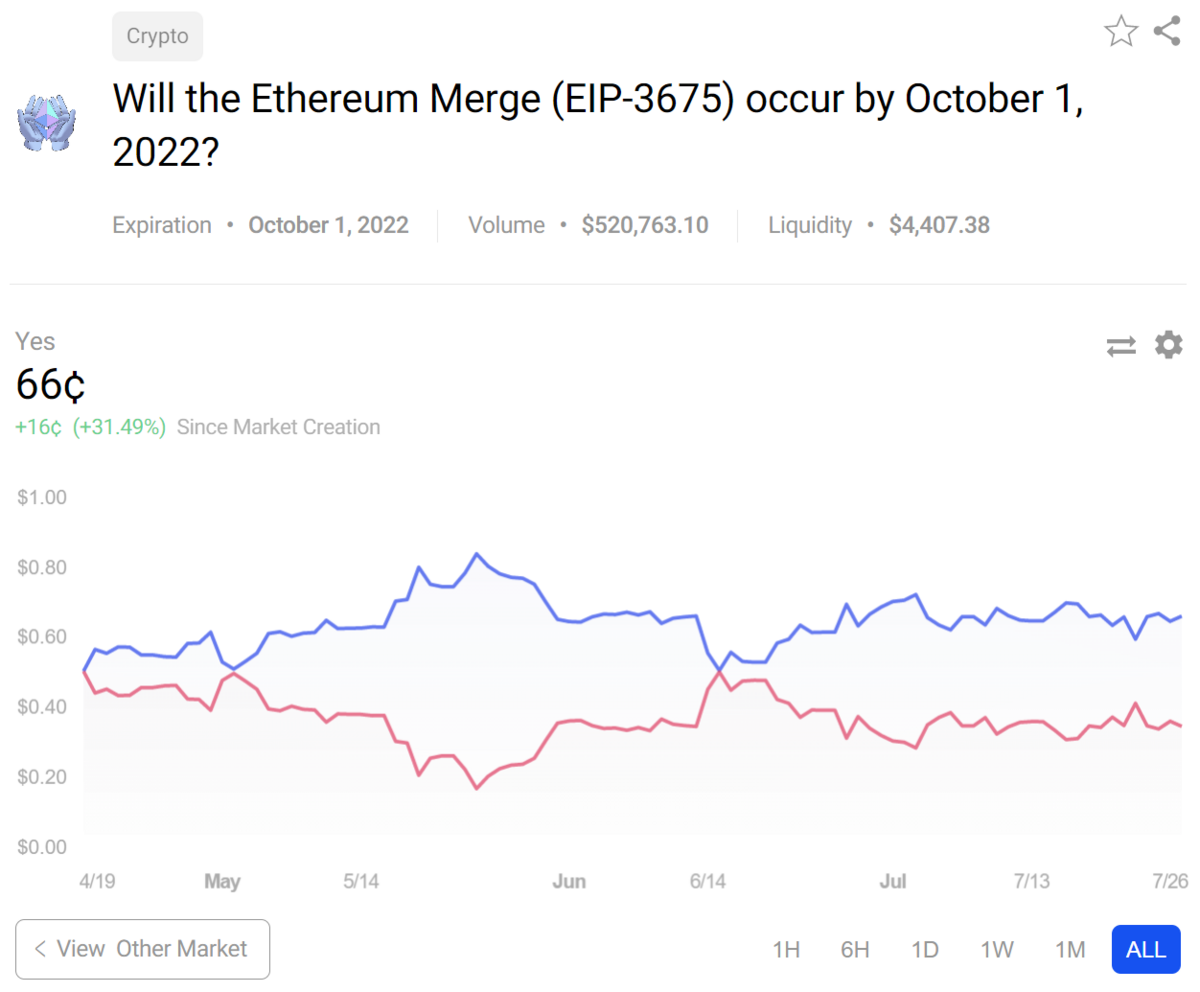 The given timeline is tentative, however. Ethereum 2.0, and the Ethereum difficulty bomb, for example, have been massively delayed several times.

Polymarket traders are currently predicting a 66% probability that the merge will go according to plan. What do y’all think? Follow the odds now on Polymarket! 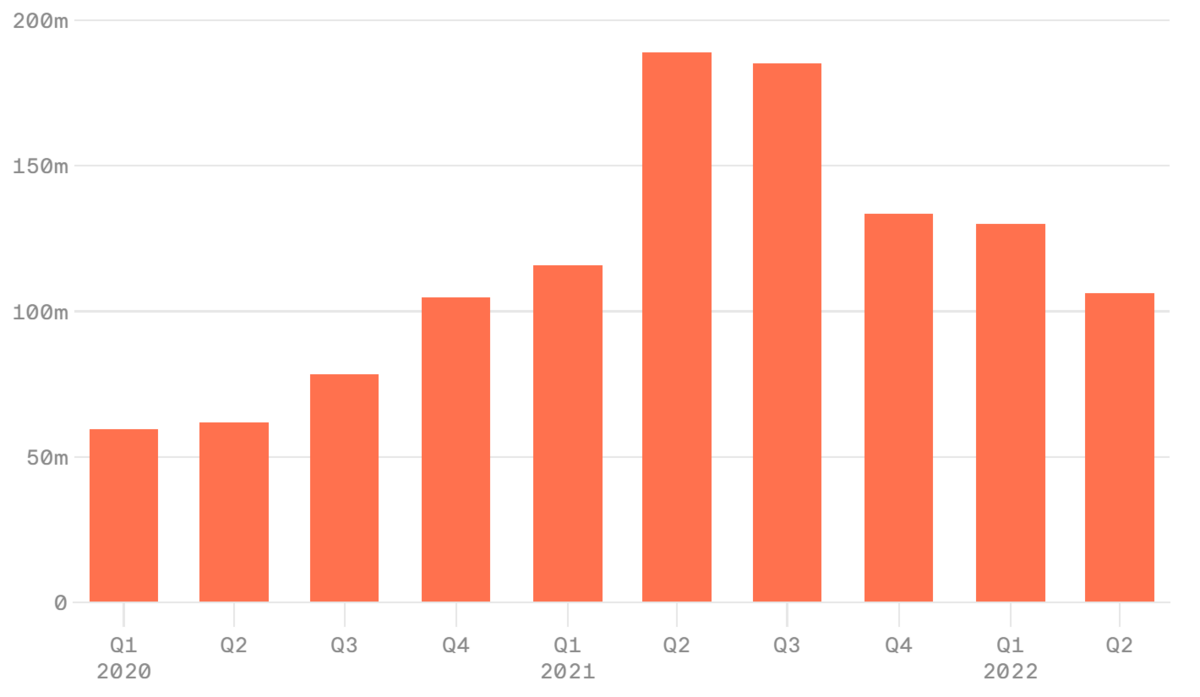 “Very few investors put a big chunk of their portfolio in Amazon or Apple 20 years ago and then held on—and yet such huge winners heavily skew our view of stock market investing. Because we can easily recall these gangbuster stocks, we imagine that picking stocks like these is not only easy, but also the key to investment success. This is the psychological phenomenon known as availability bias.

But it’s also a statistician phenomenon. Every year, the stock market averages are driven higher by a minority of stocks with huge gains. These big winners often receive heaps of publicity, making it seem easy to beat the market.

But in truth, just the opposite is true: Because these big winners drive the market averages higher, a majority of stocks end up trailing the averages. Result: If you pick just one or two stocks, the odds are you’ll lag behind the market averages—which is why broad diversification, especially through low-cost total market index funds, is such a smart strategy.” 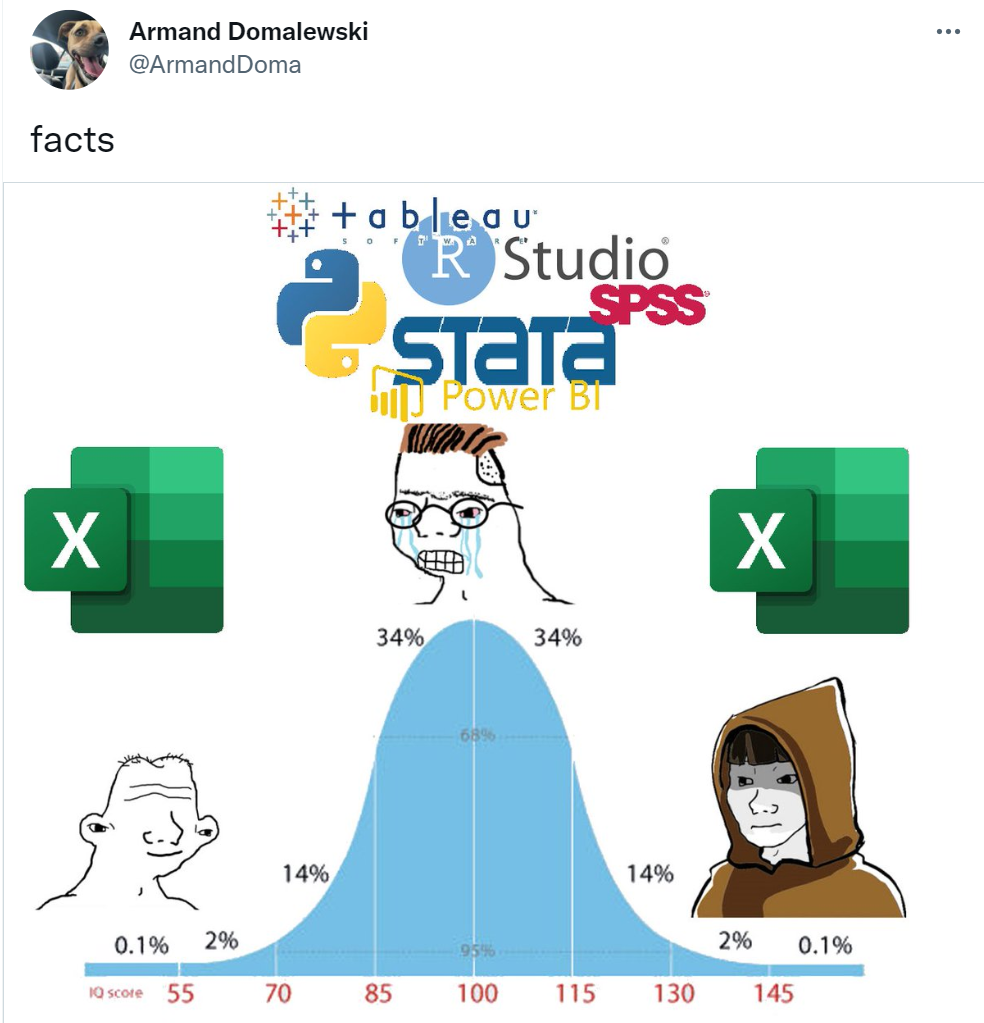 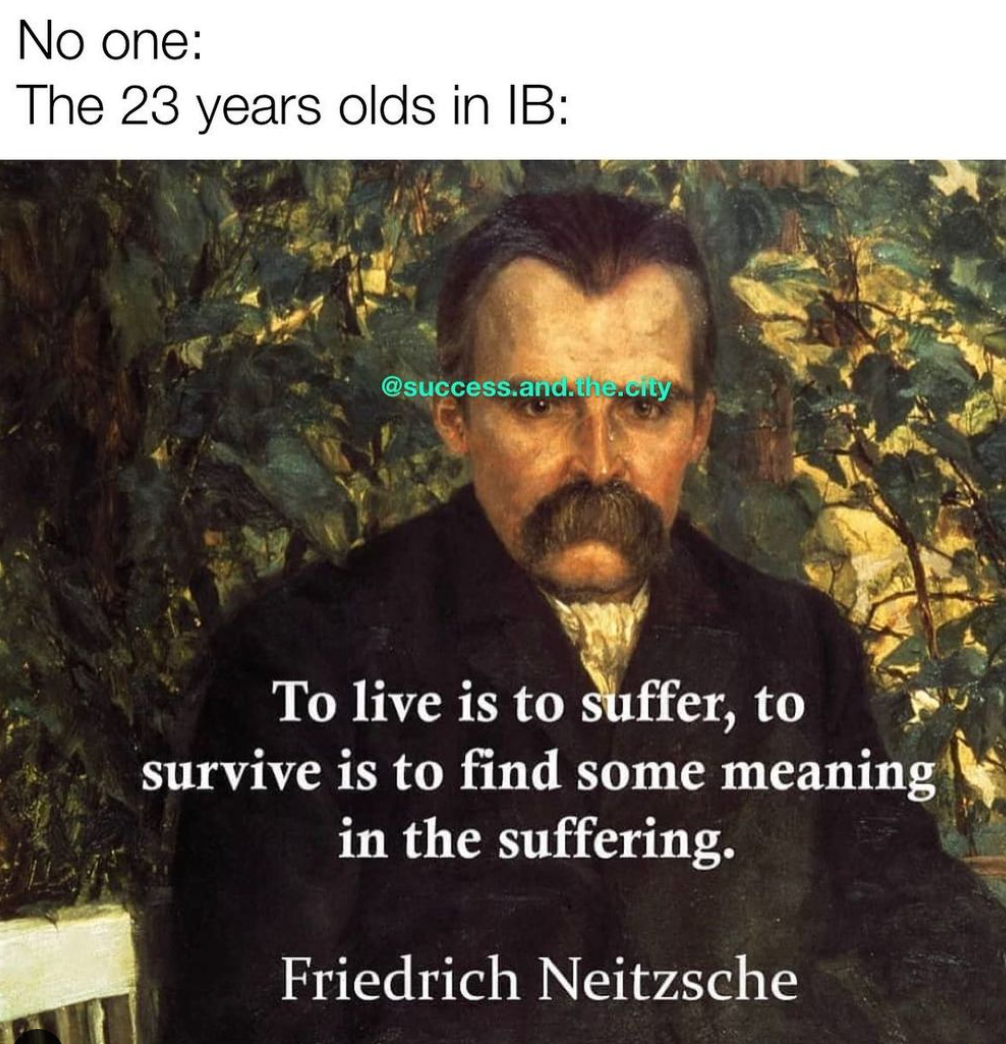 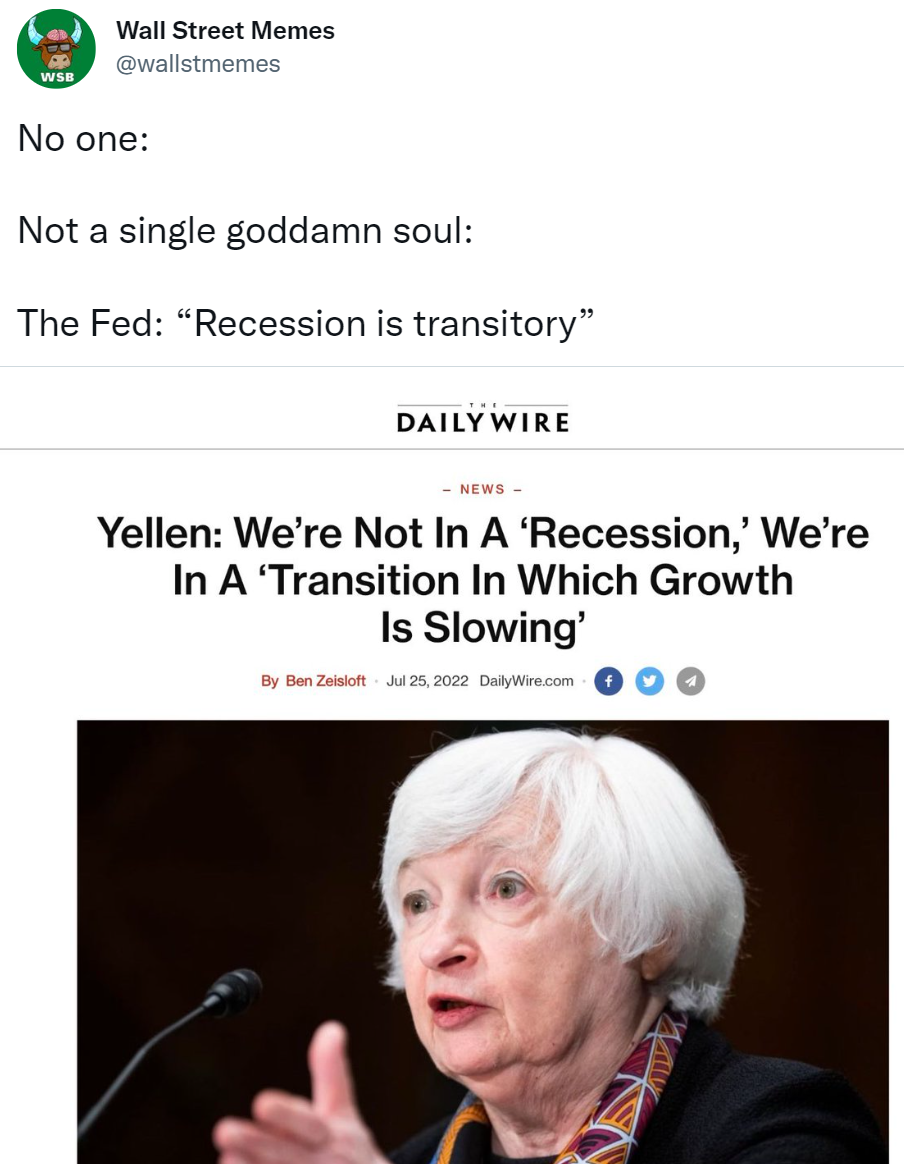 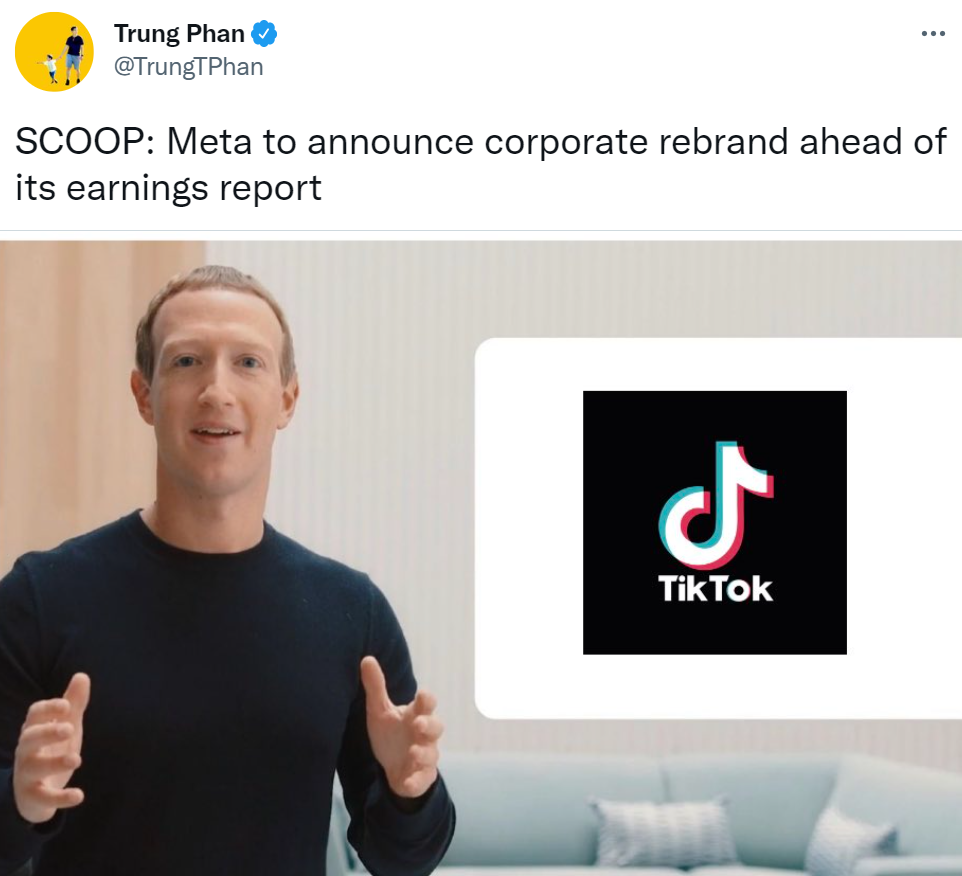